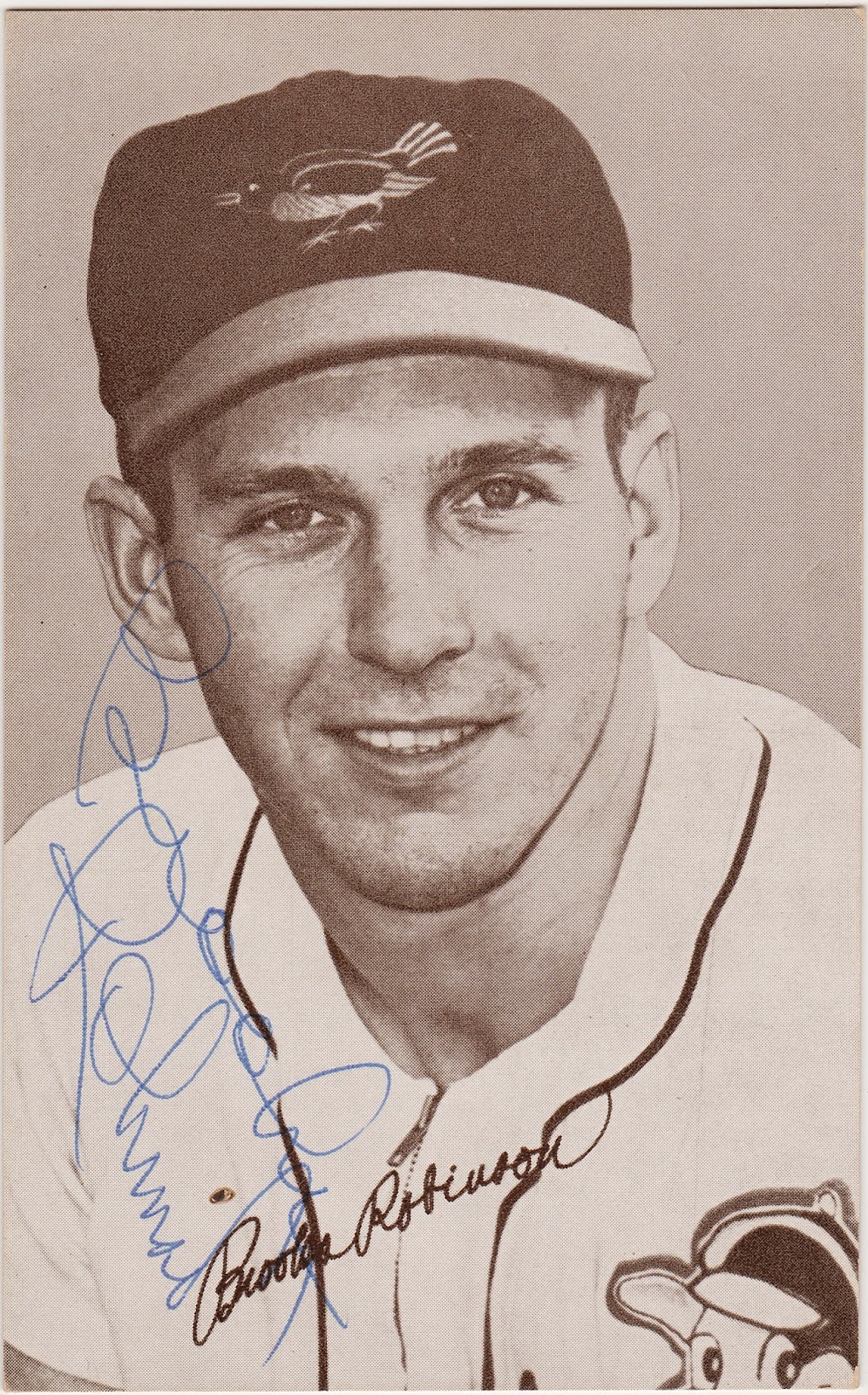 I haven't picked up anything for quite awhile and as my outgoing envelopes dried up so have my incoming ones. So I did some digging into boxes that haven't been opened in awhile and found a few things I had forgotten about.

These are Orioles issued by the Exhibit Supply Company, for the most part in 1962 and 1963. they'd been issuing cards since the 20s and continued into 1980 or so. I remember them from vending machines on the boardwalk at Coney Island when I was young.

There are pics of the rest of the early 60s Exhibits on this page and links to other versions. The '62 and '63 versions are referred to as 'stat backs' as opposed to the blank backs that were issued for decades prior. But not all the ones in my collection have stats. In fact there are more blank backs among my Orioles than stat backs. Examples of the reverse with stats are below. They are standard postcard size.

Steve Barber. This one is in pretty rough shape. 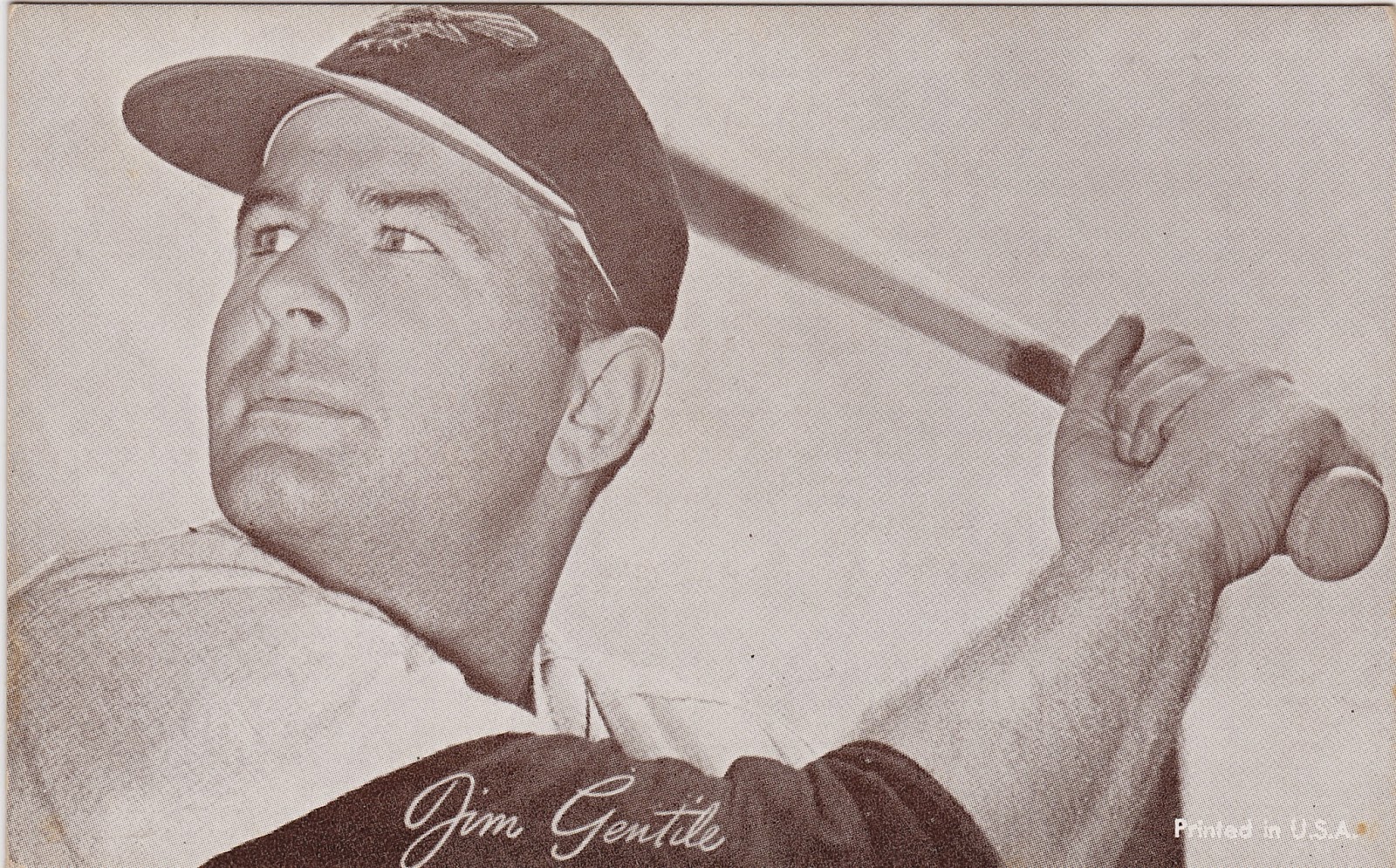 Jim Gentile. My only horizontal Exhibit. 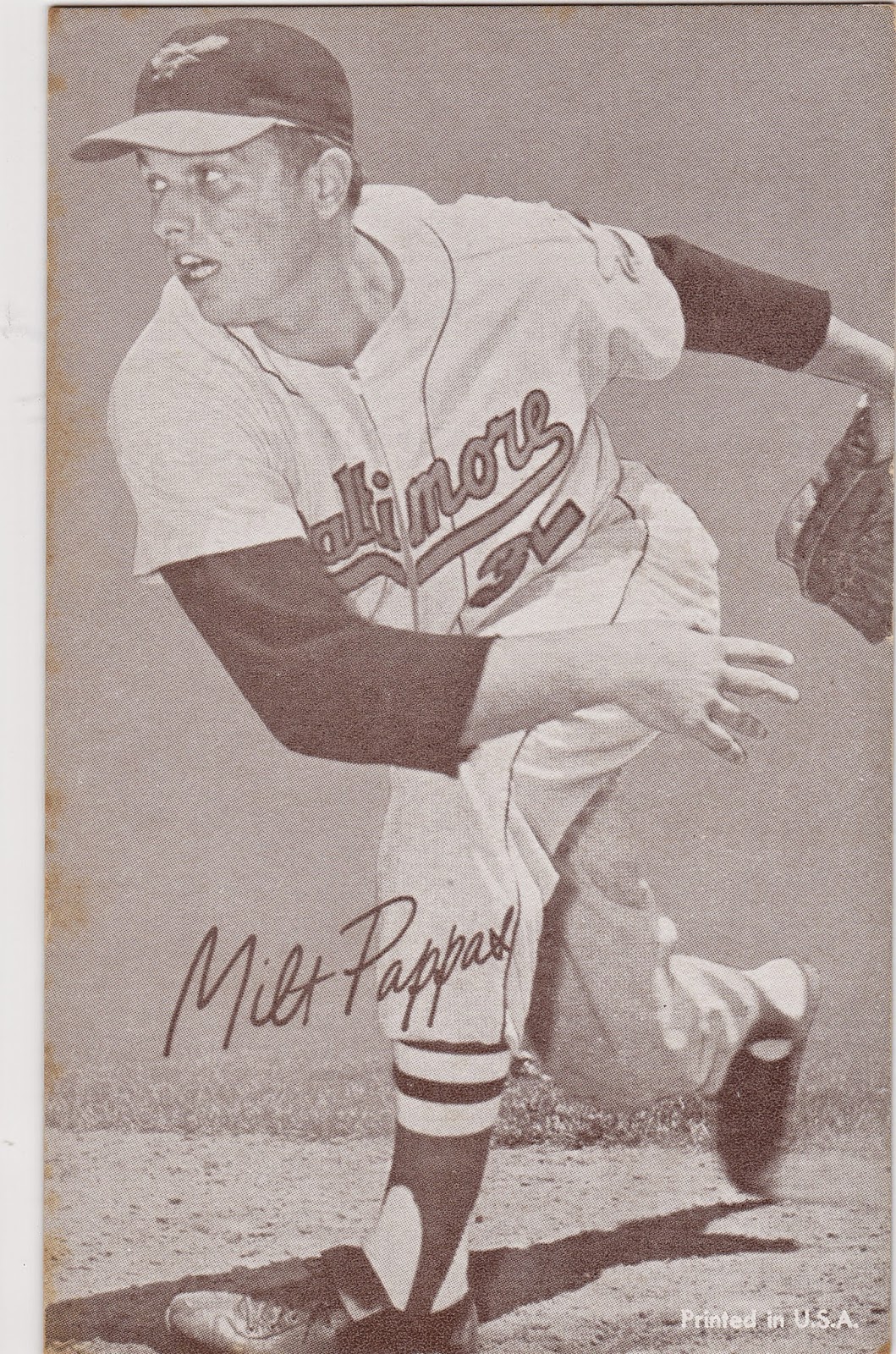 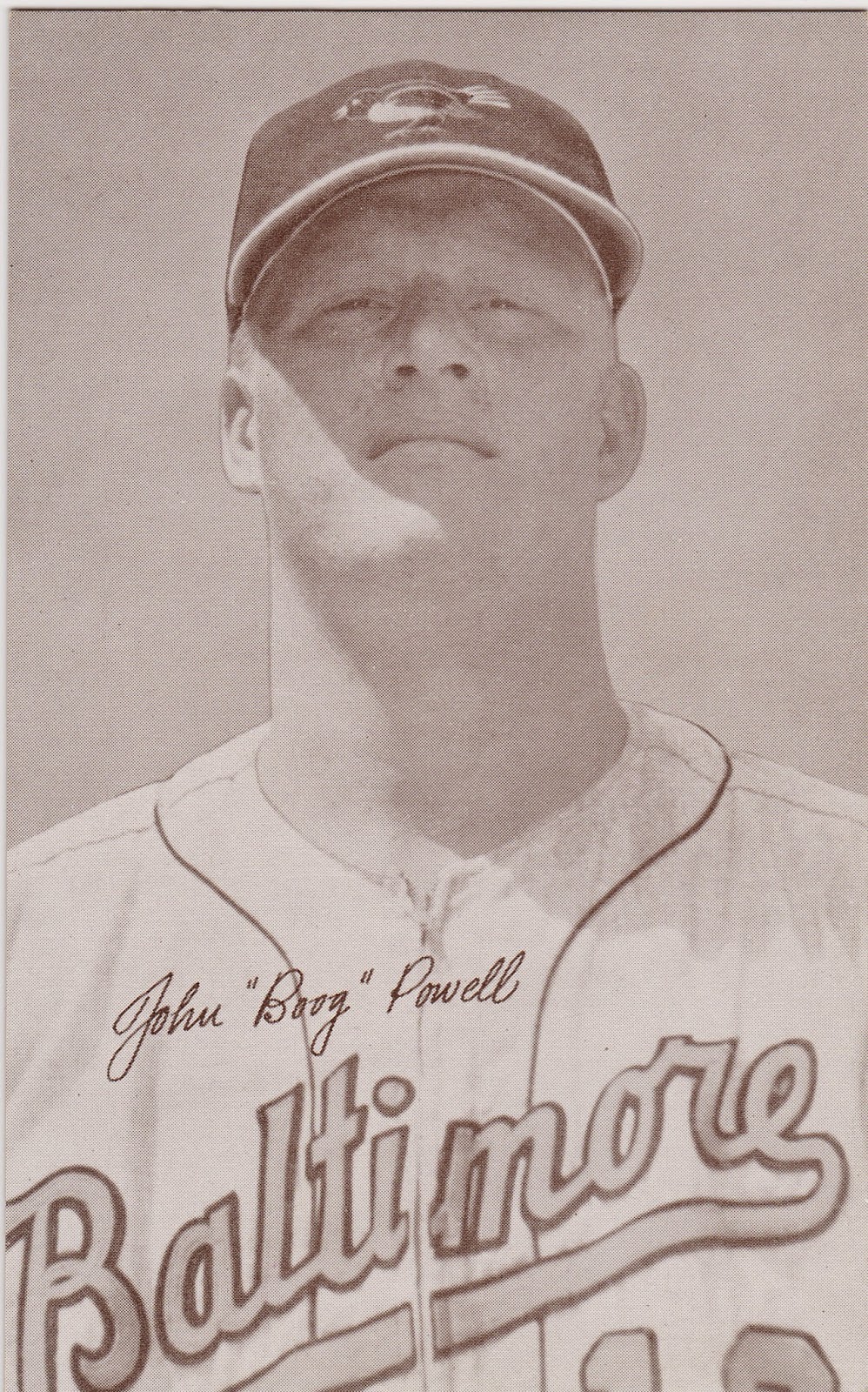 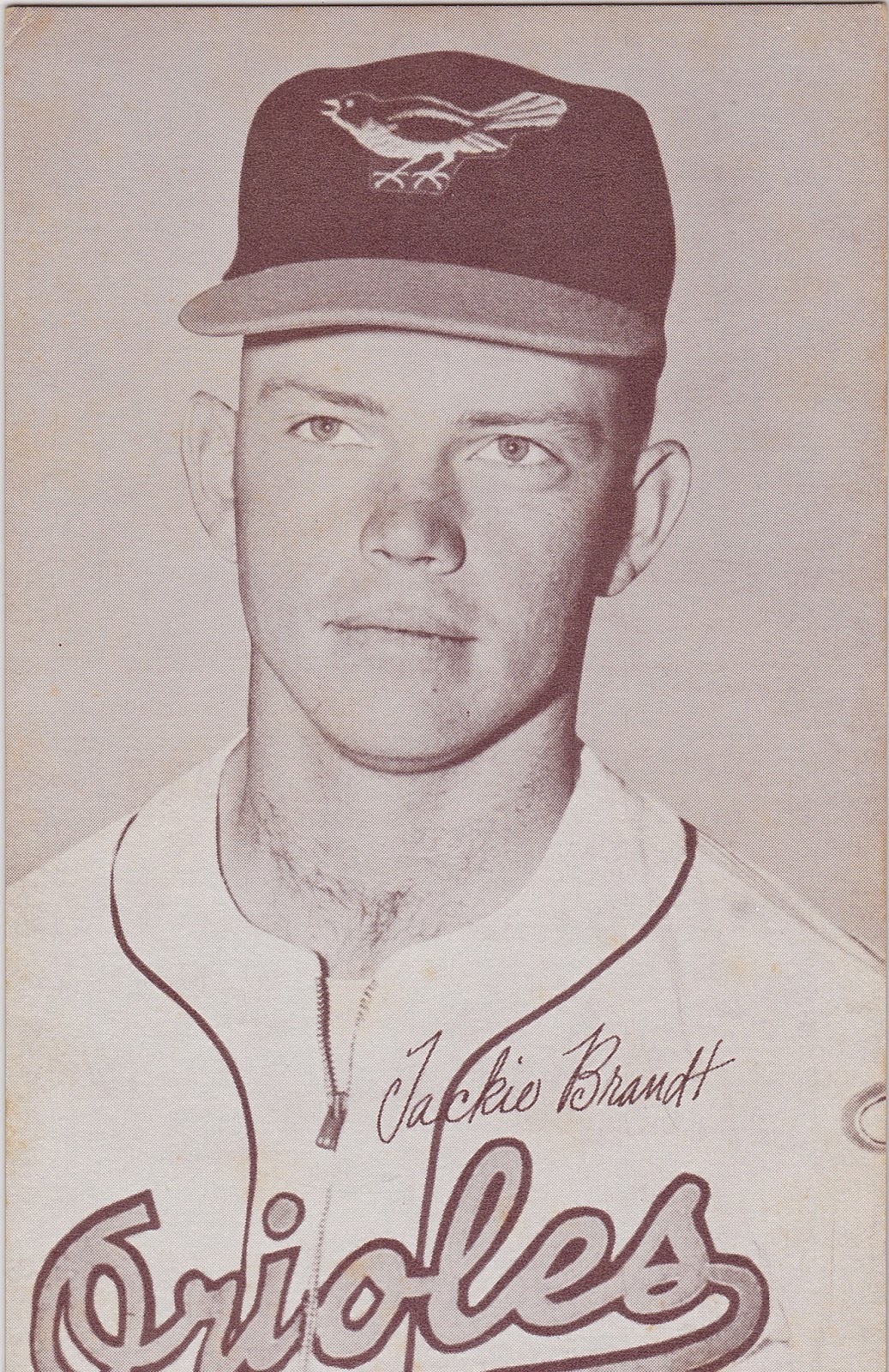 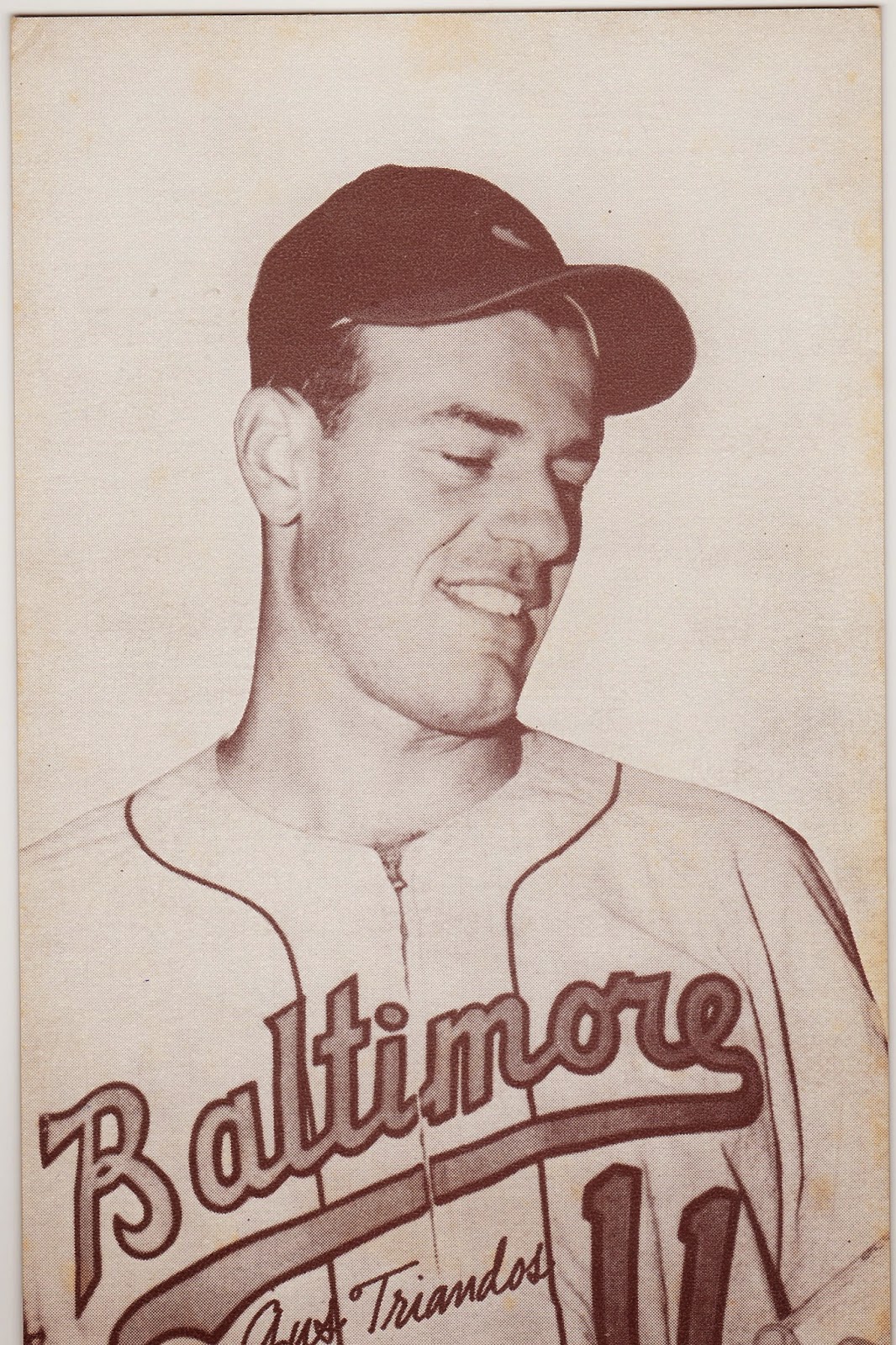 Here are examples of the backs. Both black and red printing is seen and I believe most players can be found with both. 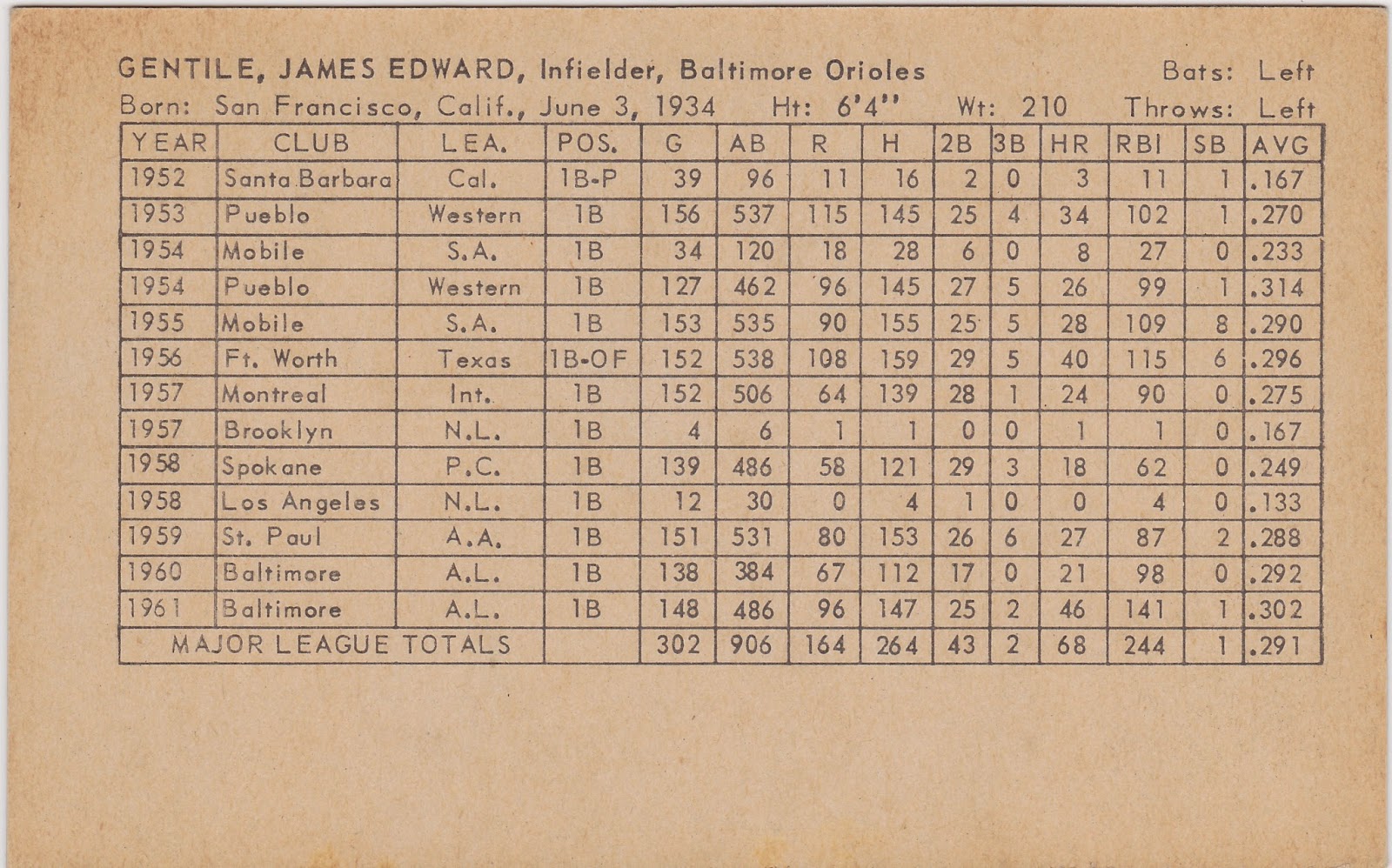 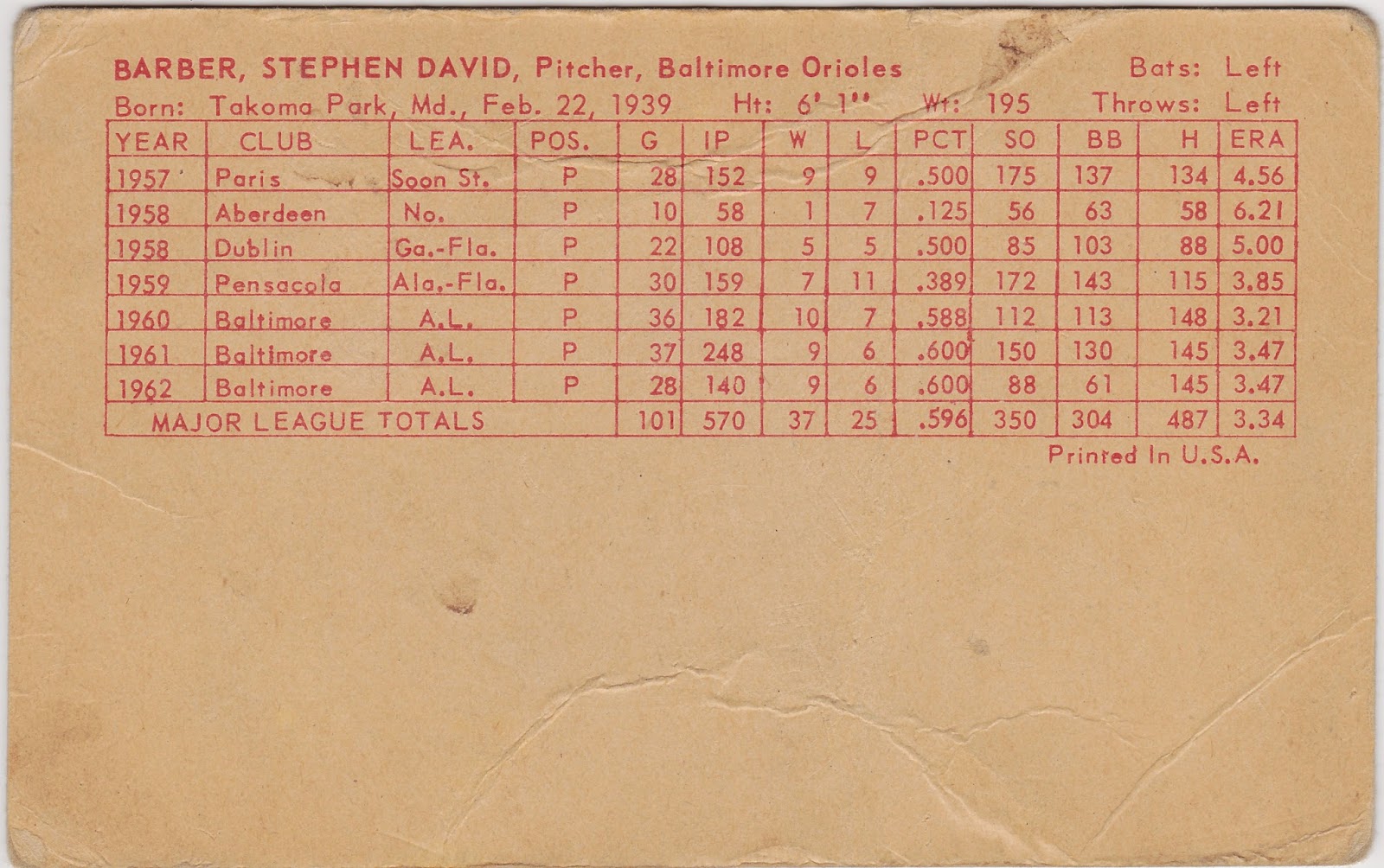 These were in a box with some Oriole player postcards I had been looking for. I'll have those scanned and posted soon.
Posted by Commishbob at 9:11 AM