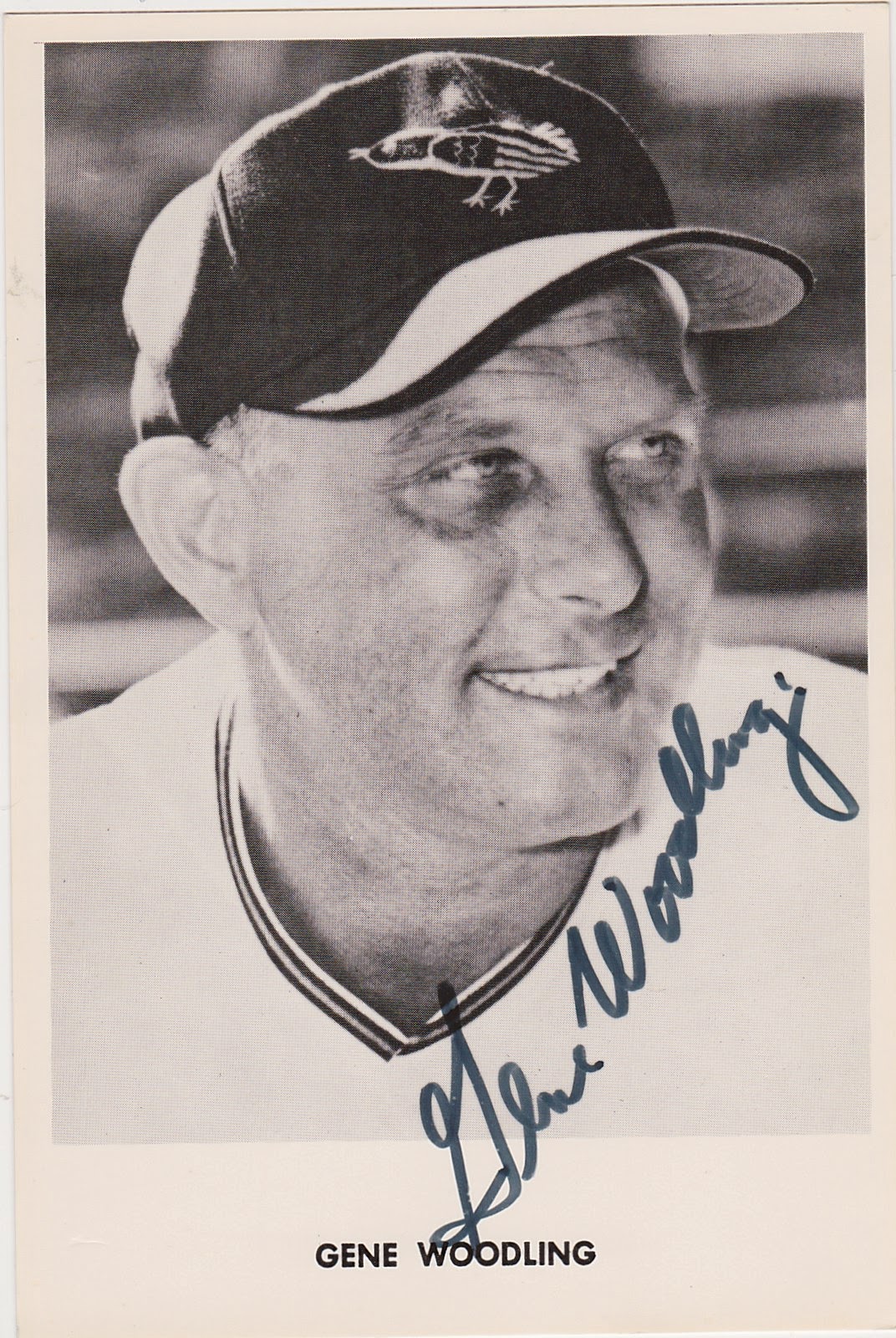 I have a pretty big collection of Orioles team issued postcards. The bulk of them come from the 70s and 80s but I have a few from in the 50s and 60s. These old black and white ones are kind of special as they were sent out by the players themselves.

The Orioles used many different styles through the years. The Gene Woodling postcard at the top comes closest to the style they used for their color cards in the 70s and 80s.

Gus Triandos didn't have a name on the front but he had the standard postcard back, adrress box, stamp box, etc. 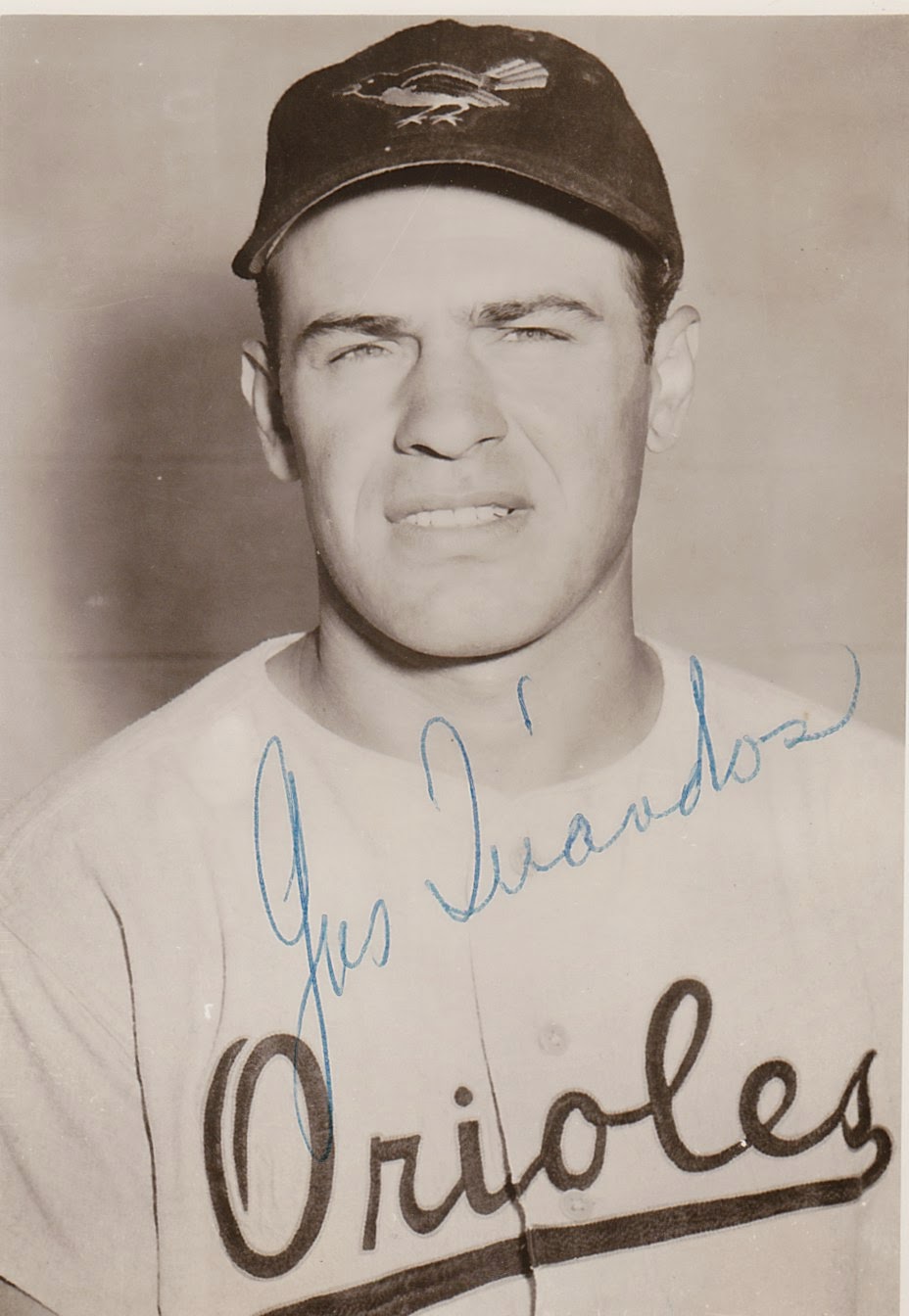 This Bobby Grich is the only one of this style that I own. Not many players were issued on these. I've tried to track down a few through the years without any luck. Maybe if I concentrated on less esoteric things I wouldn't have so many frustrating eBay searches. 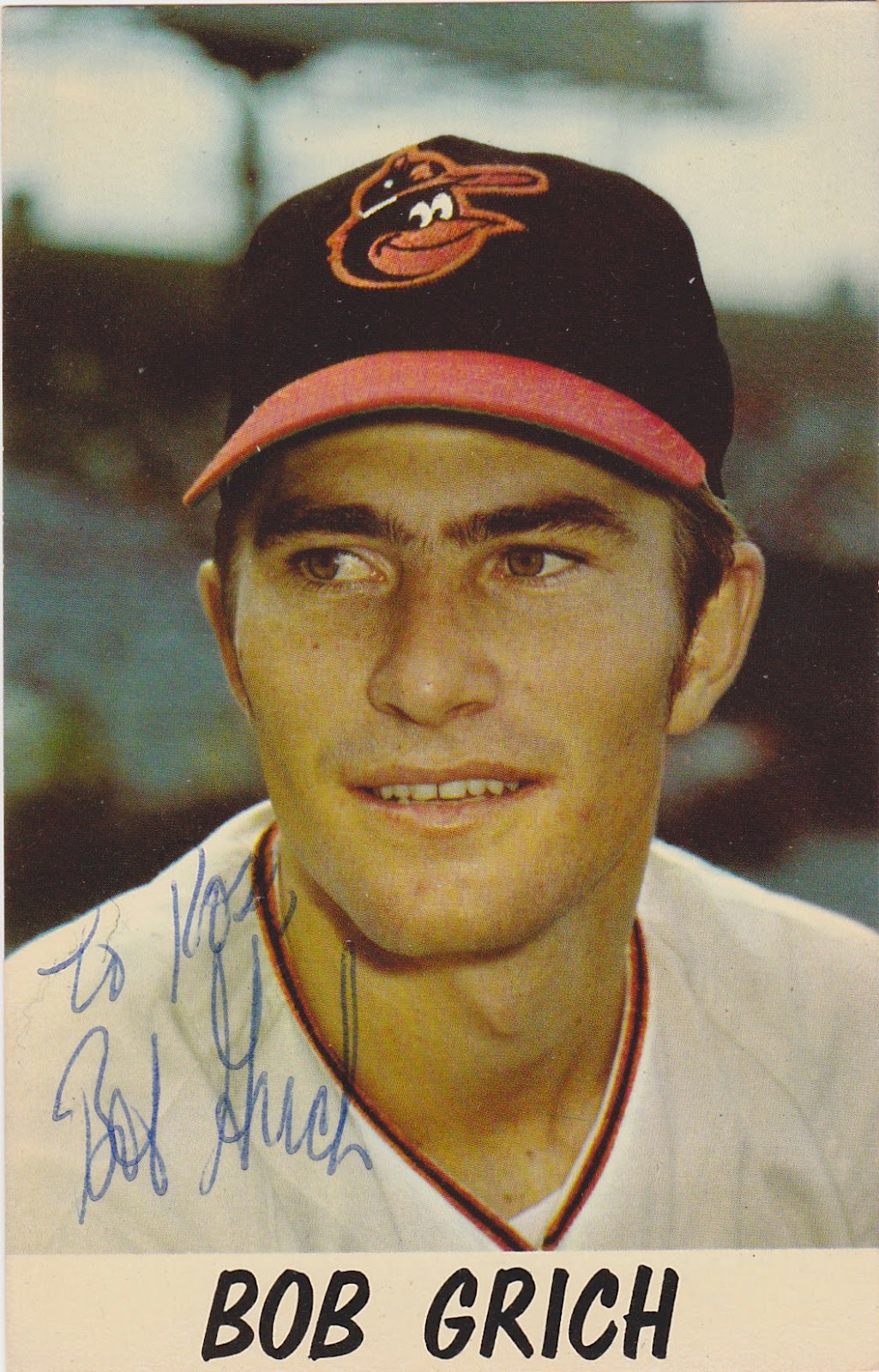 Eddie Watt's card comes from a style that I love, mostly because the late 60s/early seventies unis mean good times to me. 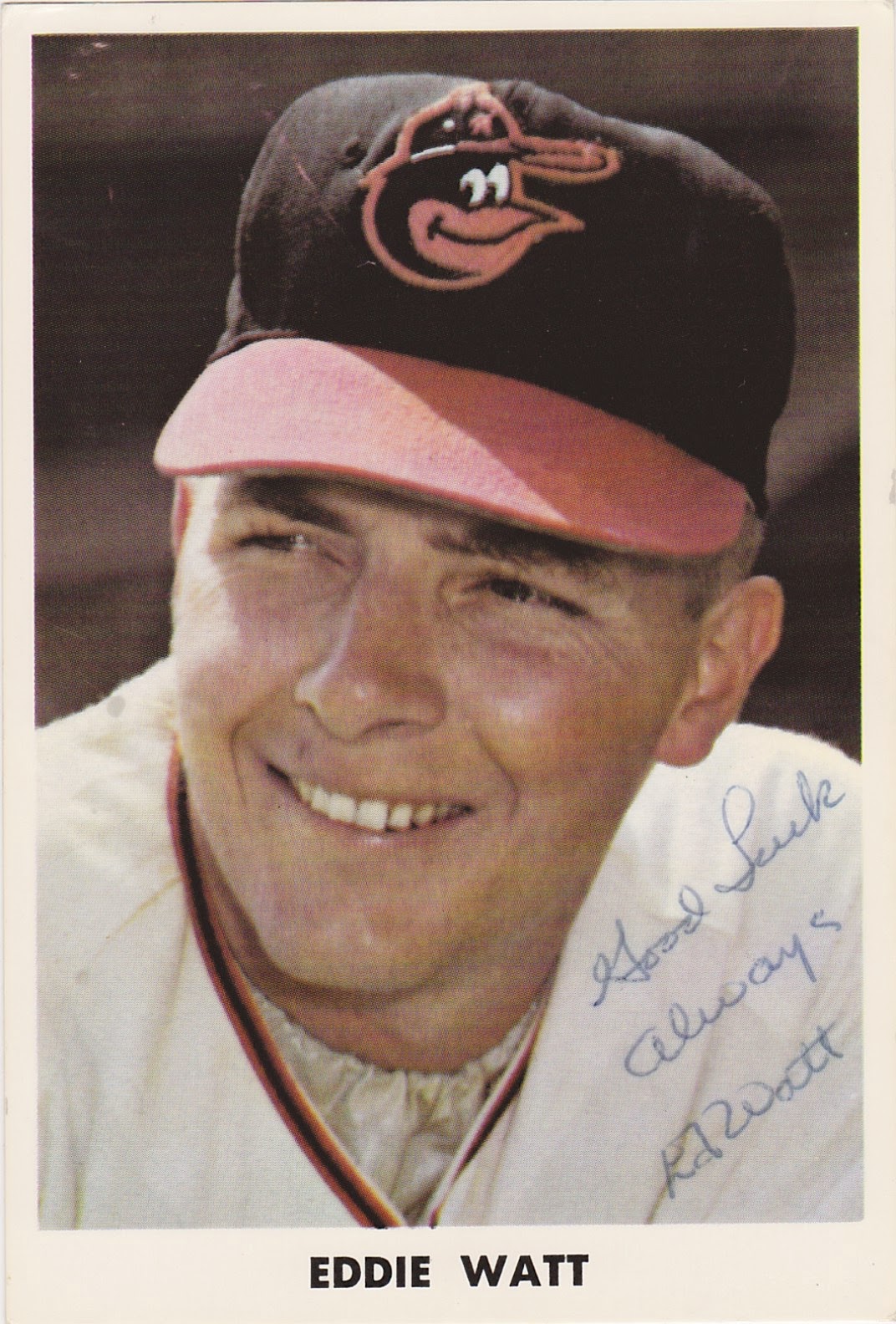 Luke Appling coached the Orioles in 1963. And he got a postcard. Hard to see the sig because in those days we never thought of Sharpies. He's a Hall of Fame shortstop who held quite a few records when he retired. He played for the White Sox and ironically several of his records were broken by another Sox shortstop, Luis Aparicio. 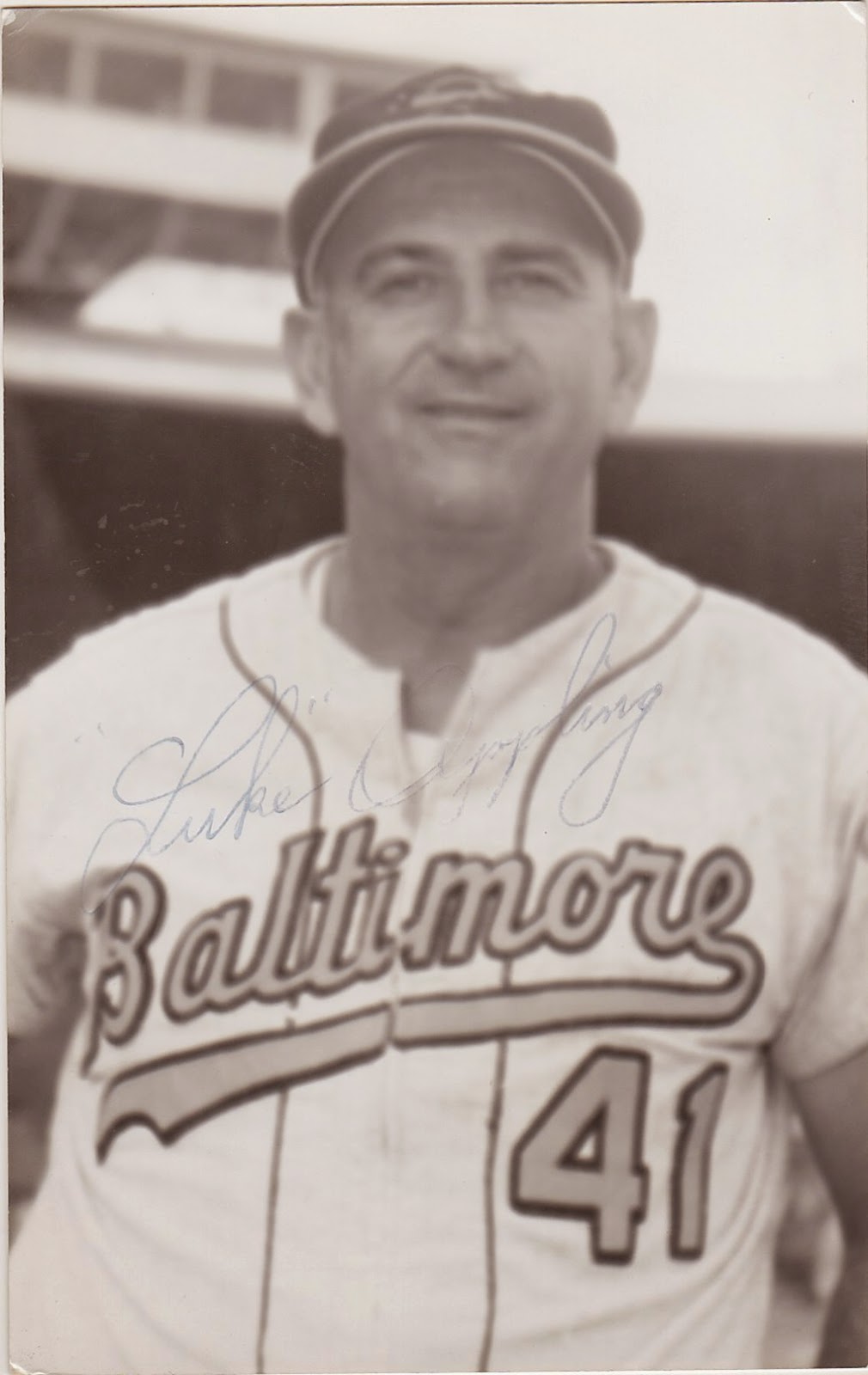 This Billy Gardner was a card show pickups many years ago. Looks to me like he addressed the card himself. 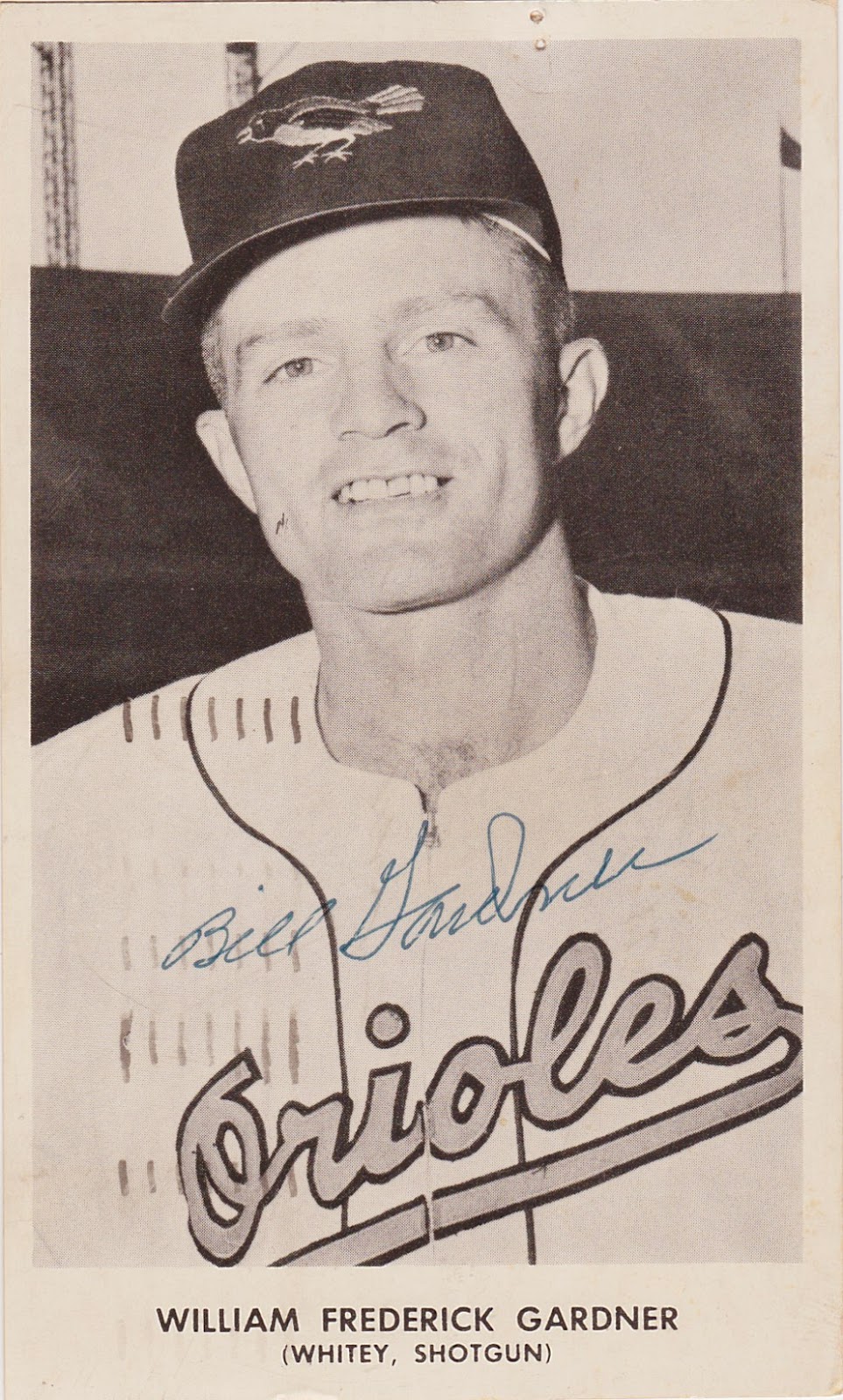 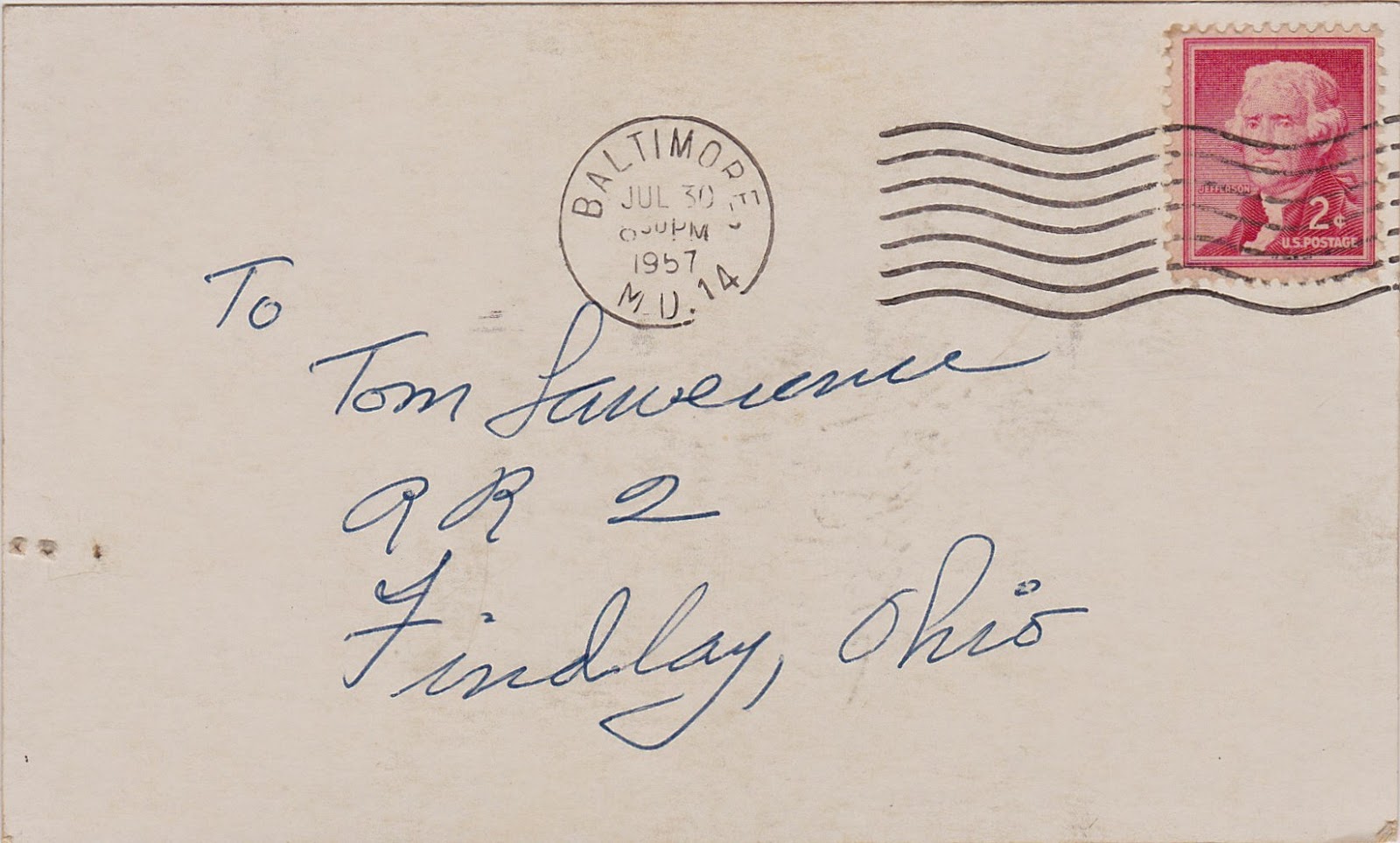 I have an old Brooks Robinson black and white postcard in this style that he sent to me in response to a letter in 1966 or so. I think I still have it squirred away someplace. I'd give almost anything to find it.
Posted by Commishbob at 9:22 AM