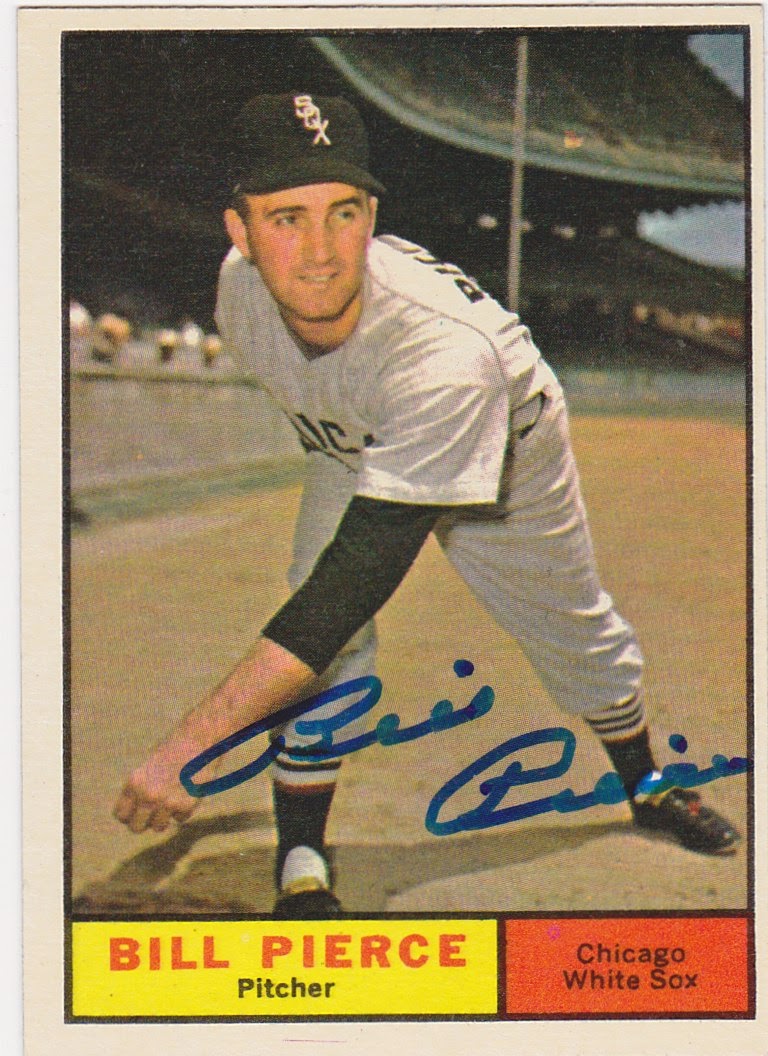 A little over a month ago I put a package in the mail to one of my very favorite players, Billy Pierce. The envelope came back on Monday and I was very pleased with the results. Above you see the 1961 Topps card he signed. I selected that card because it's among my favorites of his since the picture shows him in Yankee Stadium, the only place I saw him pitch. I'd like to think that the photo was taken at the game I witnessed in 1960, the first one I ever attended with my father. It's highly doubtful but, hey, you never know.

I enclosed two other items. One was a note in which I asked him for any special memory of Yankee Stadium. His reply is a bit difficult to read but he said: "The Yanke(e) Stadium was the most exciting park I was ever in." 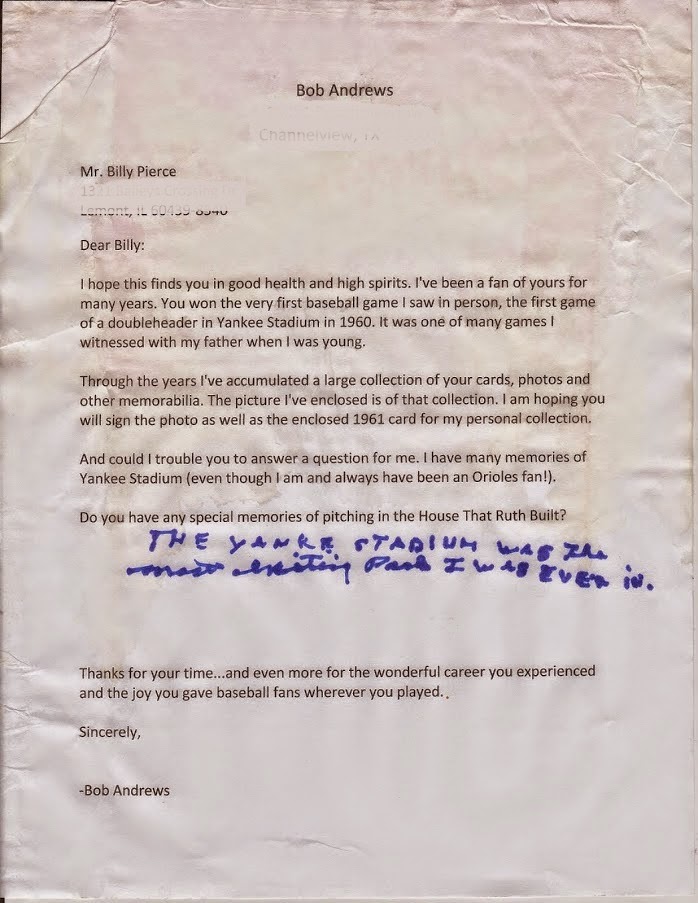 And Billy was kind enough to sign the photo I included of my Pierce PC. The sig smeared a bit, and it looks like the package (at least my note) suffered some sort of water damage but I was very happy to receive it nonetheless. 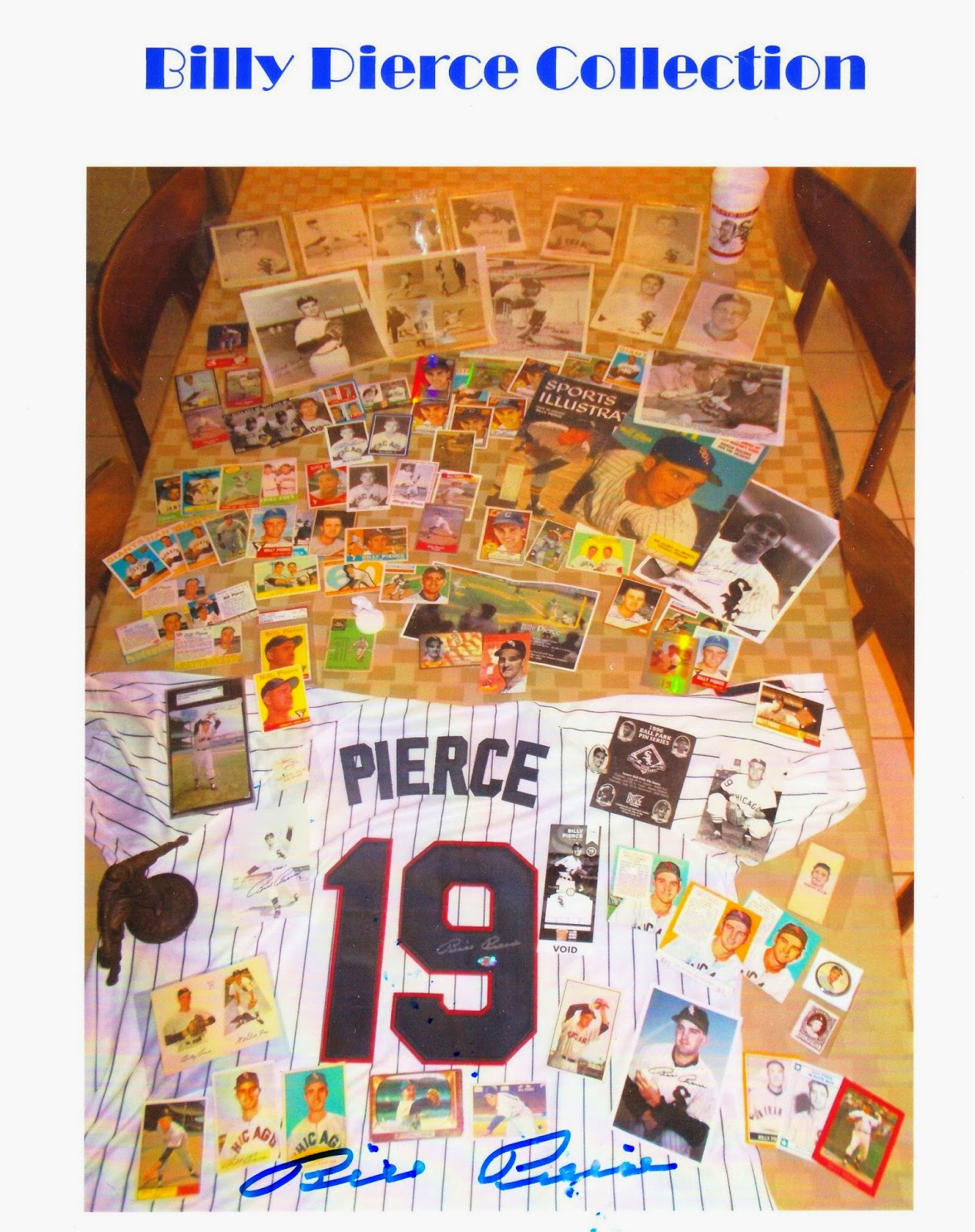 I'm not a serious autograph collector. And I already have several Pierce signed items. But to get these back makes my Billy Pierce collection that much more special to me.
Posted by Commishbob at 5:30 AM