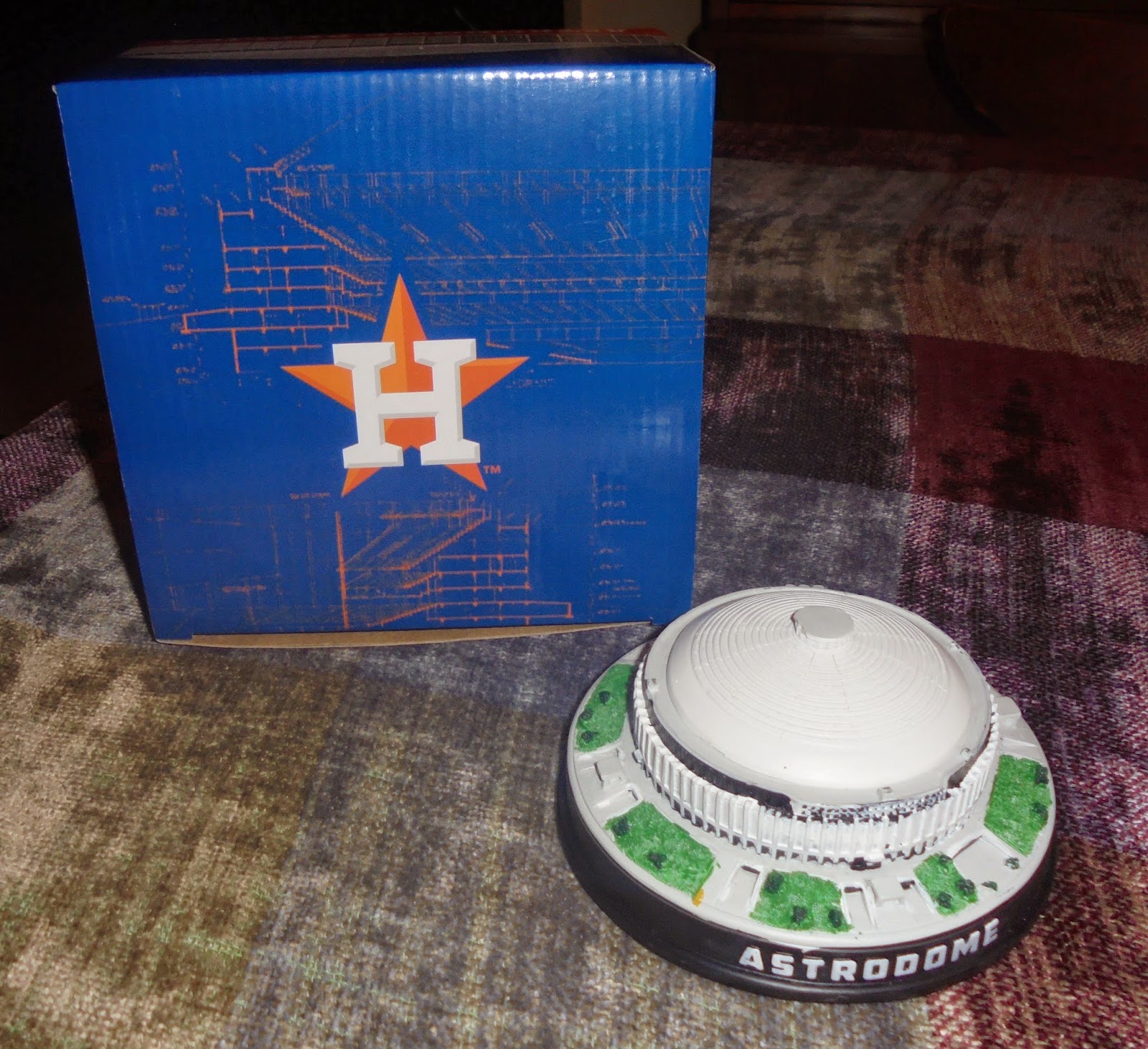 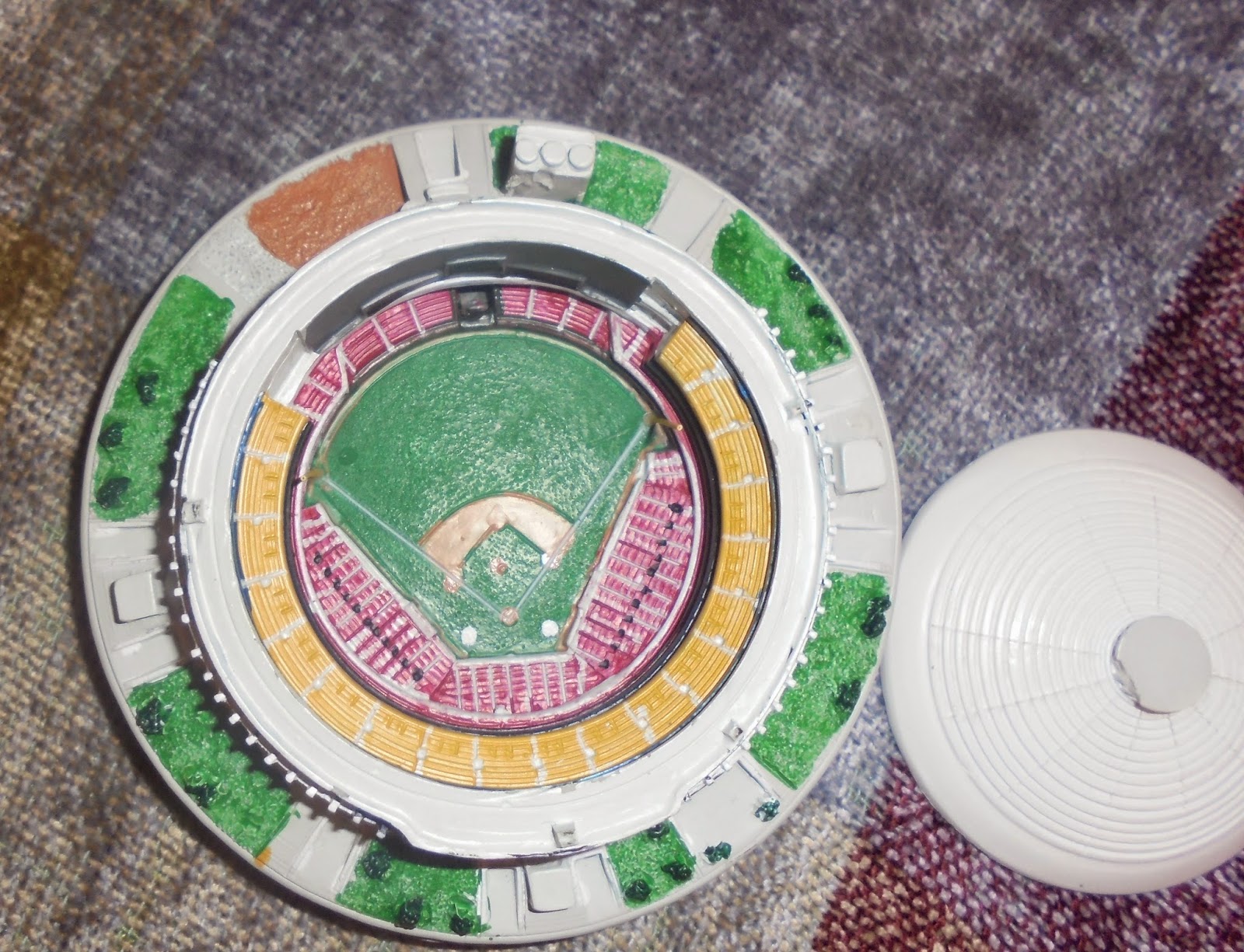 I had many, many great times in Houston's Astrodome. I saw more baseball there than I could possibly recall, lots of Houston Oiler and Houston Cougar football (I sold beer at Oiler games!), and some basketball including Final Four contests, an NBA versus ABA All Star Game and of course, the Game of the Century between UH and UCLA.

Last Saturday the Astros gave away mini-Astrodome replicas to fans entering Minute Maid Park for the game versus the Angels. I was out of town but my son took his fiance and I was the lucky recipient of one of the Domes.

The 'Dome" is pretty detailed as you can see. The 'roof' lifts off to reveal the seating and playing field. They even included the gigantic a/c cooling tower which is just to the right of the entrance ramps behind center field.

We rarely get to games early enough to pick these giveaway items up. They go fast thanks to large family groups that buy the cheapest tickets and grab them and then don't stay for the game. Invariably I'll see a 'family' of 8 or 10, all carrying bobblehead boxes, heading away from the ballpark as we arrive to park for the game. And yes, just as I figured, I'm seeing these things on eBay at prices from $50 to $75. That's just the way the world turns now I suppose.
Posted by Commishbob at 7:00 AM