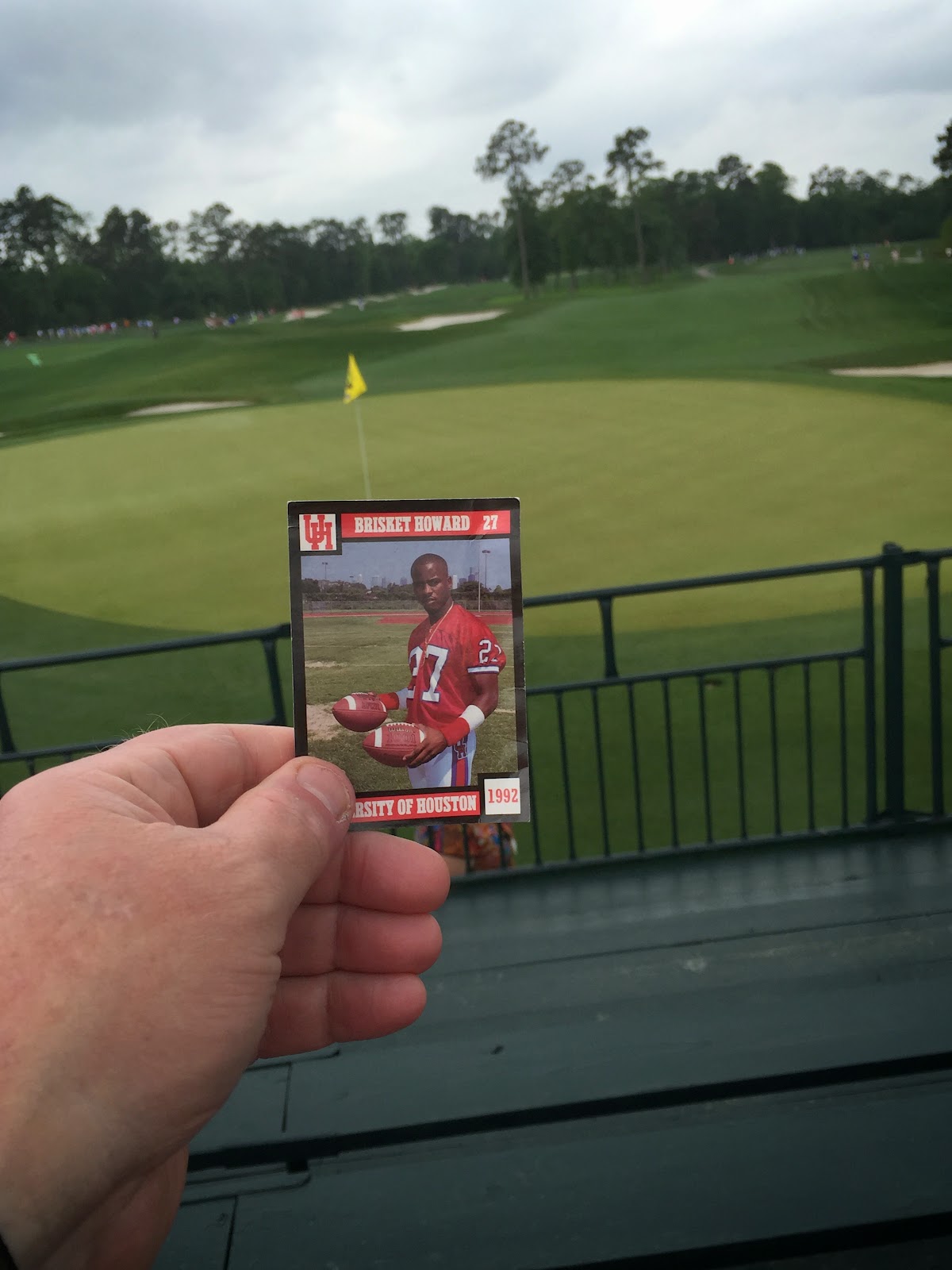 My walletcard accompanied my family and I out to the Shell Houston Open this past weekend. This is a shot from Friday and shows Brisket Howard in the stands behind the 15th green awaiting the next group to come through.

I've been going to the Open since the early 70s when I used to work the old manual scoreboards at Quail Valley CC in southwest Houston. Fun times. Seems like half my family has worked for Shell forever and we have always had a good time out there. One of my sons used to caddy during the Wednesday Pro-Am.

I'm still not used to the more relaxed camera policy that's been in affect for a few years. They used to eject you if they caught you smuggling a phone onto the grounds. Now that only ask for it to be on silent. Taking pics is still against the rules but most people are able to sneak a few shots, especially on the less-trafficked holes where there are fewer officials.

The guy below is Jerry Kelly. He's a tour vet, a 'grinder' from Wisconsin who has been a favorite of ours for many years. Back when my kids were young he was super friendly with them and was a generous supplier of golf balls.

Jerry has had a couple of top ten finishes this season but he much to our disappointment he missed the cut here in Houston despite being under par for the two rounds he played. That was his second missed cut in as many weeks. Here's hoping he bounces back in a hurry. He's really a good guy. 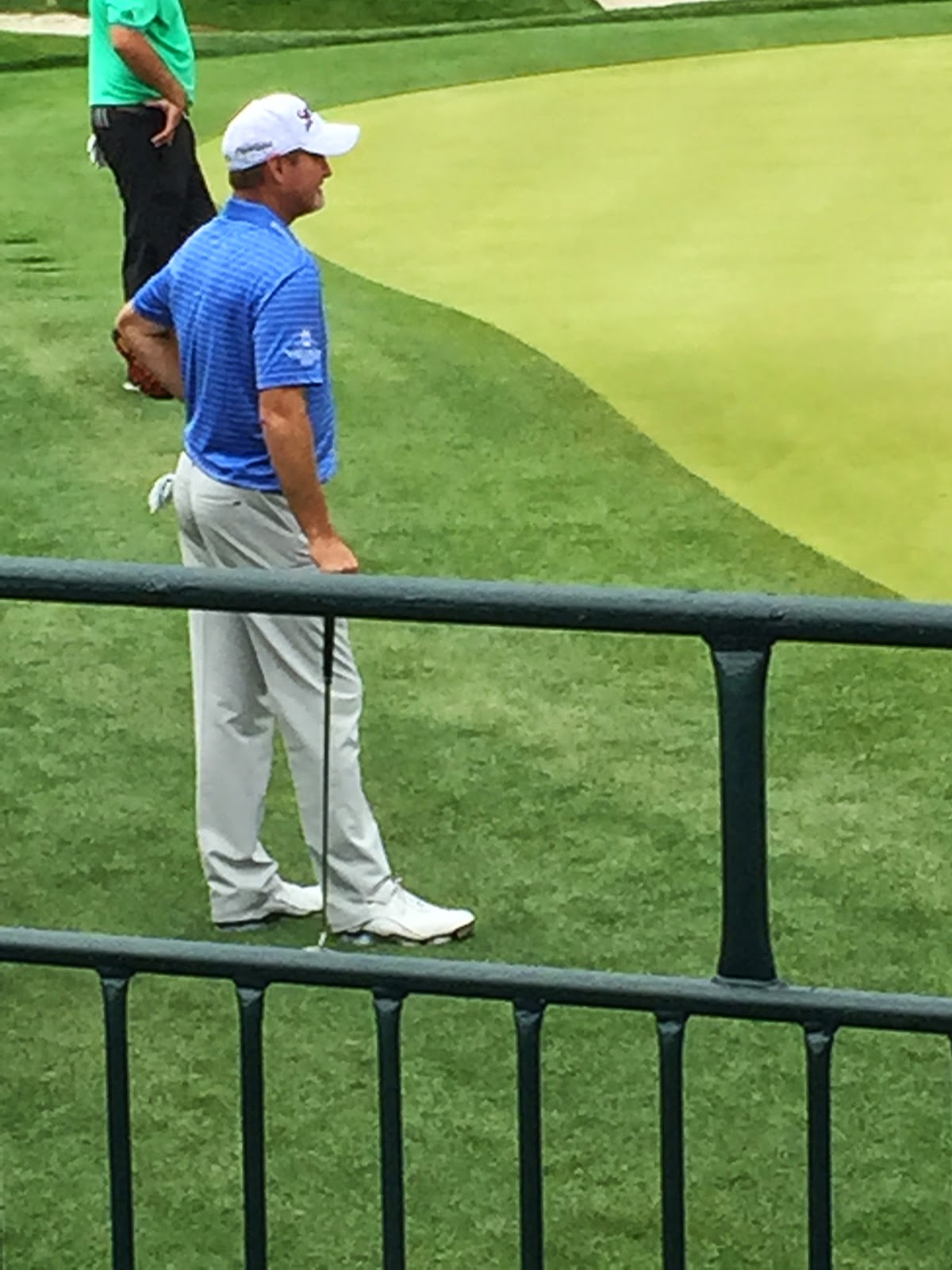 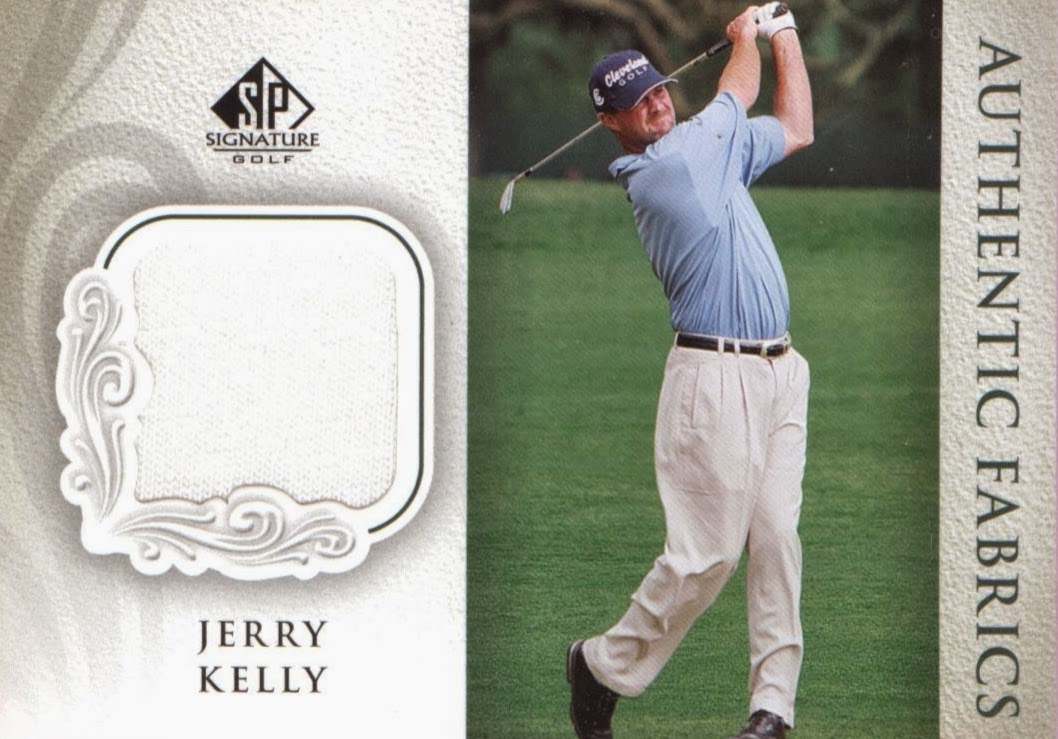 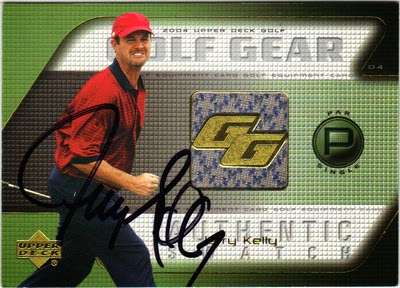