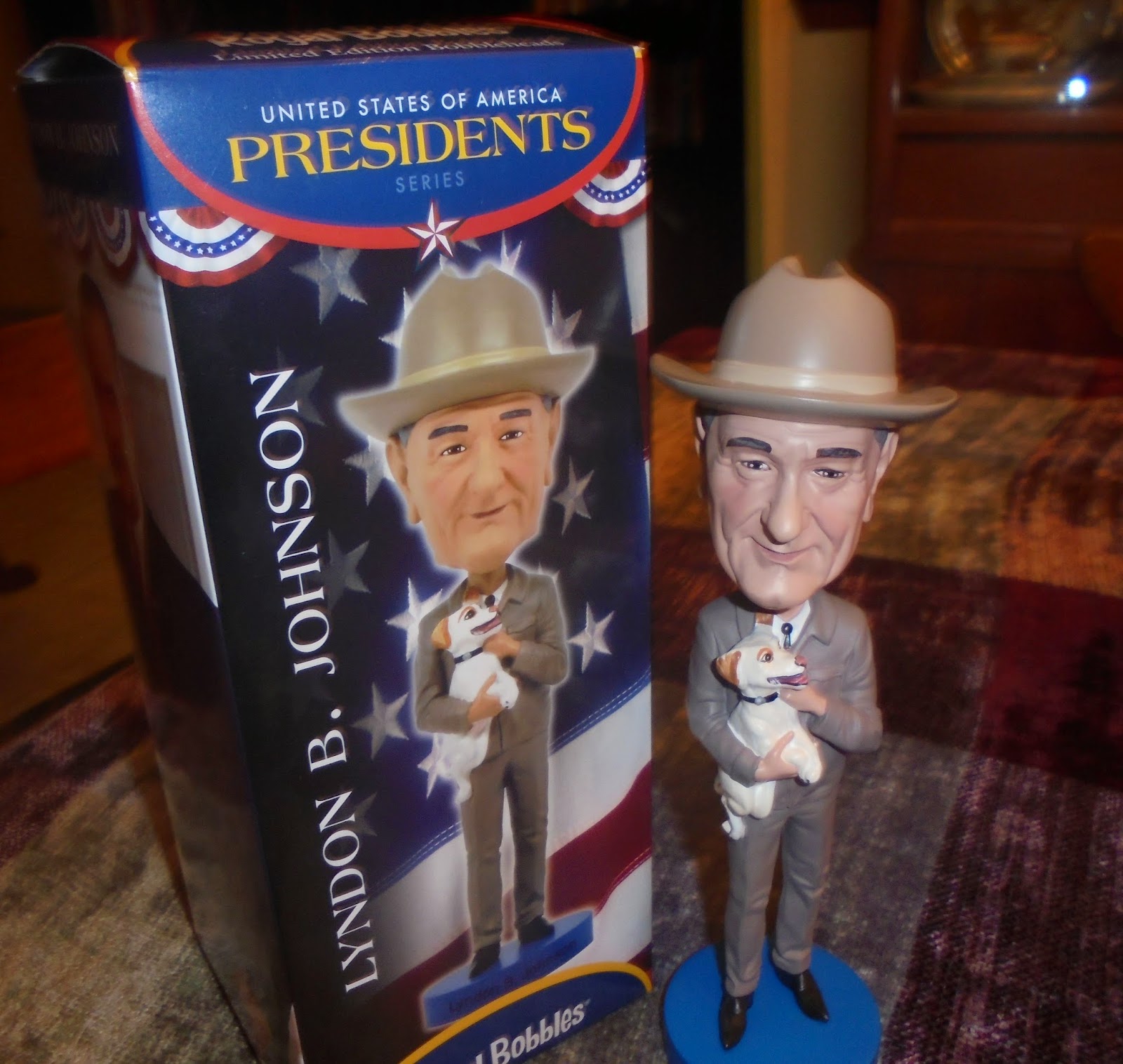 Last Saturday I was in Austin for a performance of All The Way, a play by Pulitzer Prize-winning playwright Robert Schenkkan based on Lyndon Baines Johnson’s first year as President. It was quite an experience and many of the themes, political manuvering and social justice in particular, resonate today. I'm an LBJ-phile of sorts and I've been looking forward to seeing it for some time.

The play had a hugely successful Broadway run in it's limited engagement. Bryan Cranston starred as LBJ up there. Steve Vinovich, Cranston's Broadway understudy stared as President Johnson and did a great job. Some of the supporting actors were not quite as polished but overall it was a great show.

The LBJ Library in Austin was heavily envolved in bringing the show to Austin and they had a lobby presence. They had a few items on sale including the LBJ bobblehead above. I've been wanting to pick one of those up for quite awhile and happily they were selling them for less than I'de seen them in other places.

I also purchased a campaign pin and "Stetson" LBJ hat pin while I was there. 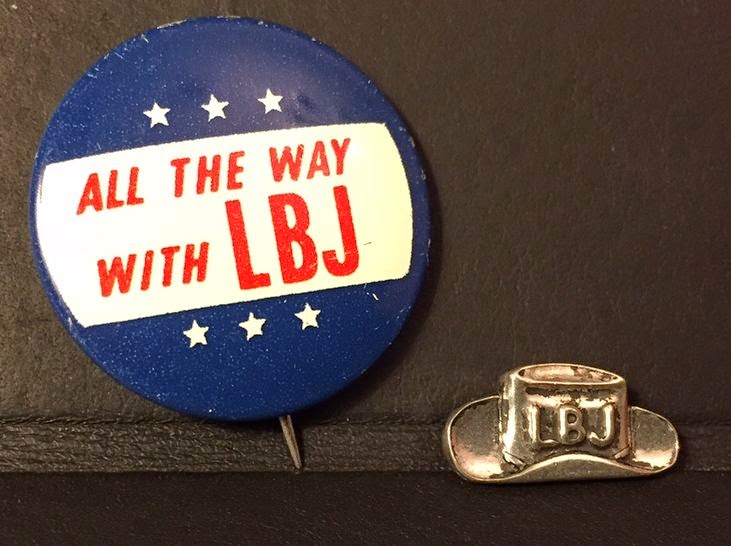 The Alley Theater in Houston, with perhaps best regional theater comapny in the country, has announced All The Way as part of next year's schedule. I'm looking forward to seeing their version.
Posted by Commishbob at 7:00 AM