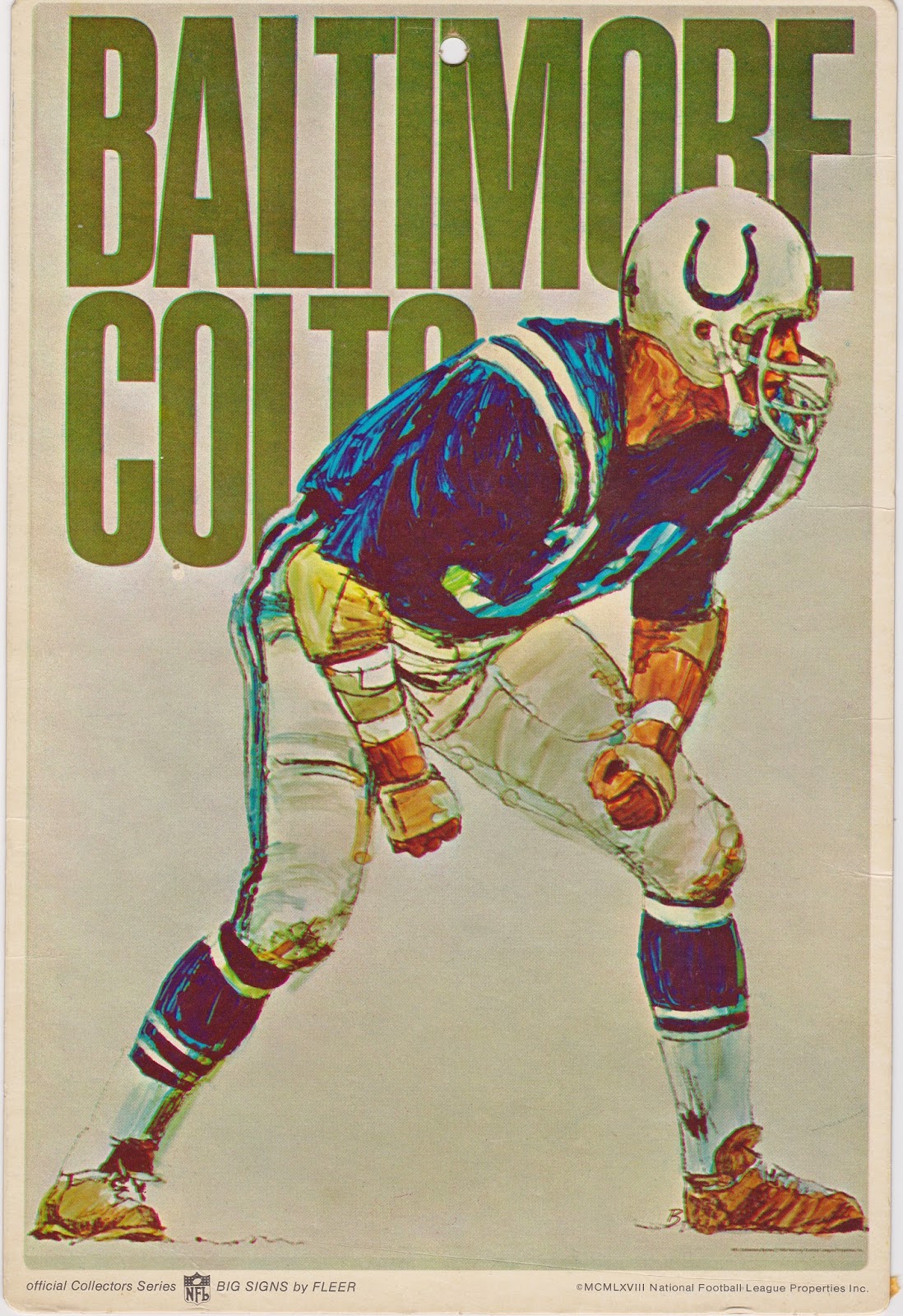 Two of the items I became aware of during my Colts cards research are the 'Big Signs' issued by Fleer in the 1970s. The one at the top was put out in about 1972 (there is some debate on this) although it is referred to as a '1968' Big Sign due to the copyright date at the bottom. That is most likely the year the image was licensed.

The image was used on a 2' x 3' poster sold by Sports Illustrated in the late 60s. I had one of those on my dorm walls and later it decorated my apartment along side Eddie Giacomin and Frank Robinson posters I bought through the same magazine.

These Fleer versions are smaller, about 8" x 11".  they issued a second set of these a few years later. The Colts Big Sign featured their logo and a 'generic' quarterback. The QB might have been modeled on Johnny Unitas but that might be just my Colts-centric mind at work. 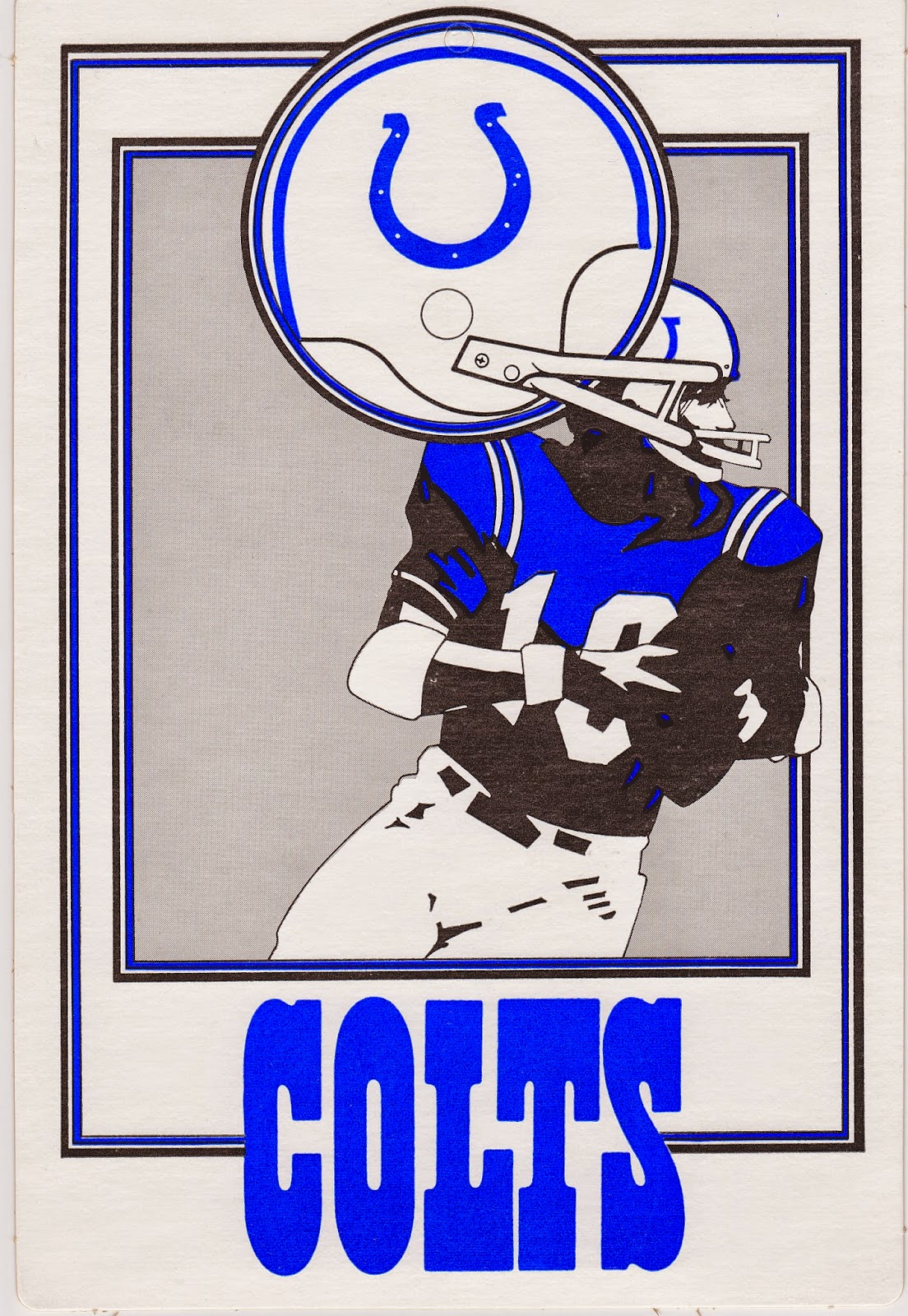 I picked these up for about 5 bucks each. They originally were sold individually wrapped for a dime each.

UPDATE:
The Fleer Sticker Project with more info on these. I should have checked there first.
Posted by Commishbob at 10:54 PM