Over the weekend I saw something I hadn't seen in many years...a box of card pack being sold at a checkout stand. For some reason the Target I visited had a box of Topps Opening Day right there on the shelves along side the multi-packs of disposable lighters and Burt's Bees lip balm. The last time I saw anything like that was in the early 90s when our local Albertson's had Pro Set football boxes next to the register.

I'll spare you my curmudgeonly rant about how I don't understand the point of a set that's pretty much the same as the regular set. I'm sure there are plenty of reasons for it. At least it runs a buck a pack. I wouldn't have bought a pack had the box been the regular 2015 Topps. Not for three dollars a throw.

So for the low, low price of 99 cents I bought a pack. I was hoping for either an Oriole or someone on my newly minted fantasy team. I got neither but I at least got a card of one of my favorite non-Orioles, Andrew McCutchen. His flying braids always make for a cool card.

My pack also has a shiny sort of card. I think Drew Smyly was on my fantasy team a couple of years ago when he pitched to Detroit(?). The fantasy team that made me swear I'd never have another fantasy baseball team.

This is the Twins' mascot? A bear?

This one is for Ana Lu. Tongue is love.

I guess this card had Jose Abreu listed because he is in that pile of guys after a walk off or something. Seems more like a White Sox team card to me. 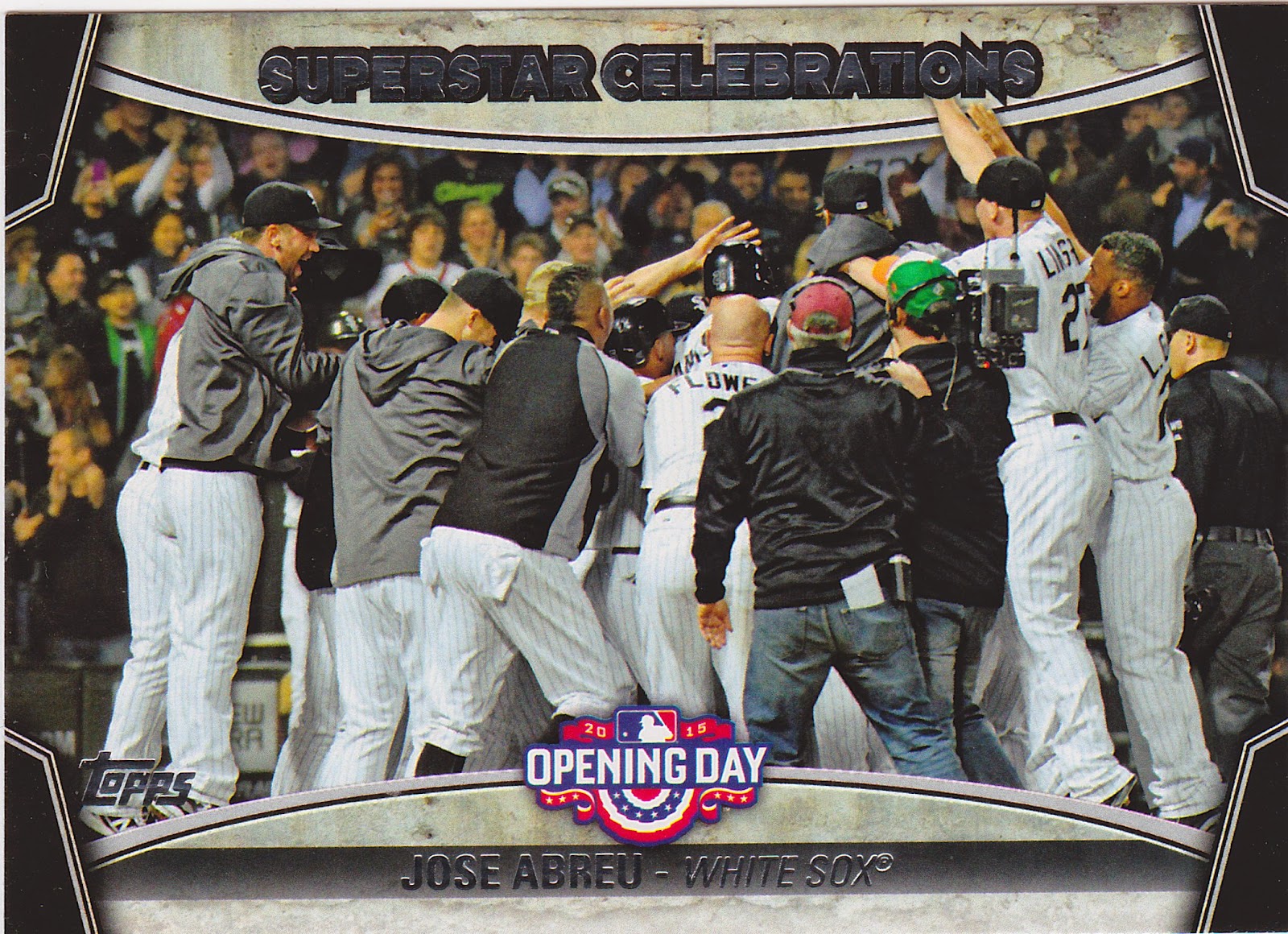 I also got a rookie card of a guy with a really long name. But I liked the photo so I scanned it.

There was a game last night but today, for almost everyone else, is Opening Day. I wish they still had a Reds' afternoon game as the official opener but whatever. I hope your team wins today. Enjoy! 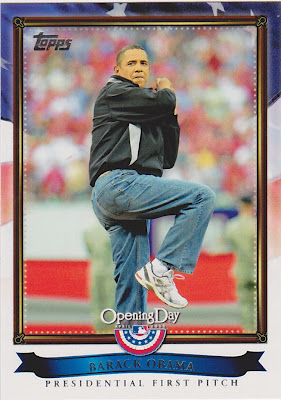 Posted by Commishbob at 9:13 AM