1964 Topps Billy Pierce. he's a San Francisco Giant and it just seems odd. Love the card though. Typical Pierce with that grin. Nice team-related colors and the blue sky sets off the uniform well. 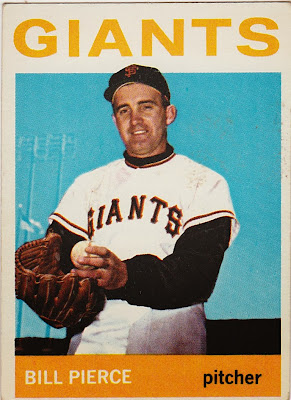 The back is a different story. I'm OK with the 'wall of stats'. In fact I enjoyed reading through these numbers on veteran players' cards when I was a kid. What I didn't like (and still don't) is the orange on white format. I have a hard time reading these things. Funny, the cardback takes on a darker hue when the scan shows up on my screen. Holding the actual card next to the image shows quite a contrast. The image onscreen is waaay easier to read. 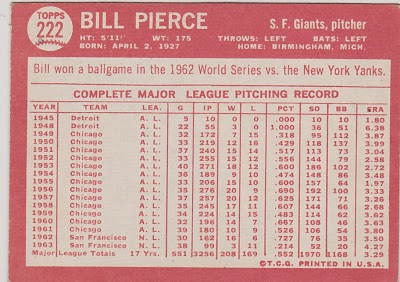 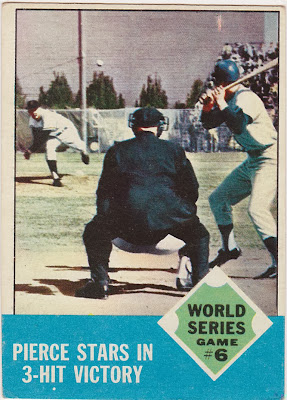 That's Pierce out there working in the Candlestick Park wind, mowing down Yankees left and right. In Game Six the Giants were against the wall trailing the Series three games to two and they called on Pierce to even it up. Which he did. He had lost Game Three in Yankee Stadium despite a fine effort through six innings (see this post from last week for details). Back for his second try Pierce didn't disappoint as he scattered three hits in the 5-2 win. Pierce was perfect until Roger Maris touched him for a homer with one out in the fifth. The Yanks collected their second run in the eighth on a Clete Boyer double and Tony Kubek single.

Even with a rested bullpen Alvin Dark kept Pierce in the game and he was rewarded as Pierce retired Bobby Richardson to end the threat and in the ninth he got Tommy Tresh and Mickey Mantle on flyouts and whiffed Maris to send the Series to a Seventh Game. 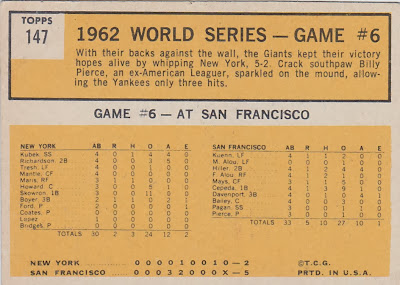 For about $5 shipped I was glad to add these two cards as I close in on finishing my Billy Pierce collection.

And finally, a late edition to the collection that was waiting for me when I got back home on Sunday night. The 1962 Post Billy Pierce. I nabbed this as part of a small lot that included a couple others that I'm shipping off to someone who may like them. The Post cards from the early 60s bring back some good memories for me. I collected these with a fervor back then. I made sure I went on my mother's grocery trips so I could have 'input' on which boxes we bought. But I'd never have as many as a family down the end of the block that had about five boys and went through cereal boxes like there was no tomorrow. Those kids had Post Cereal cards to burn. 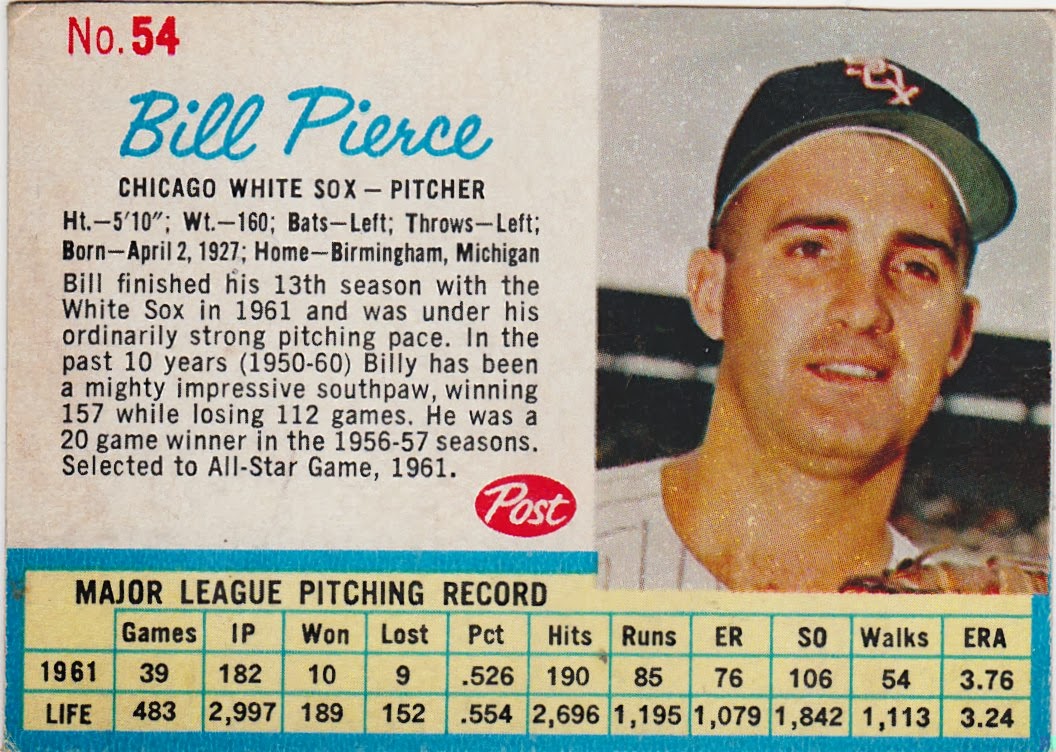