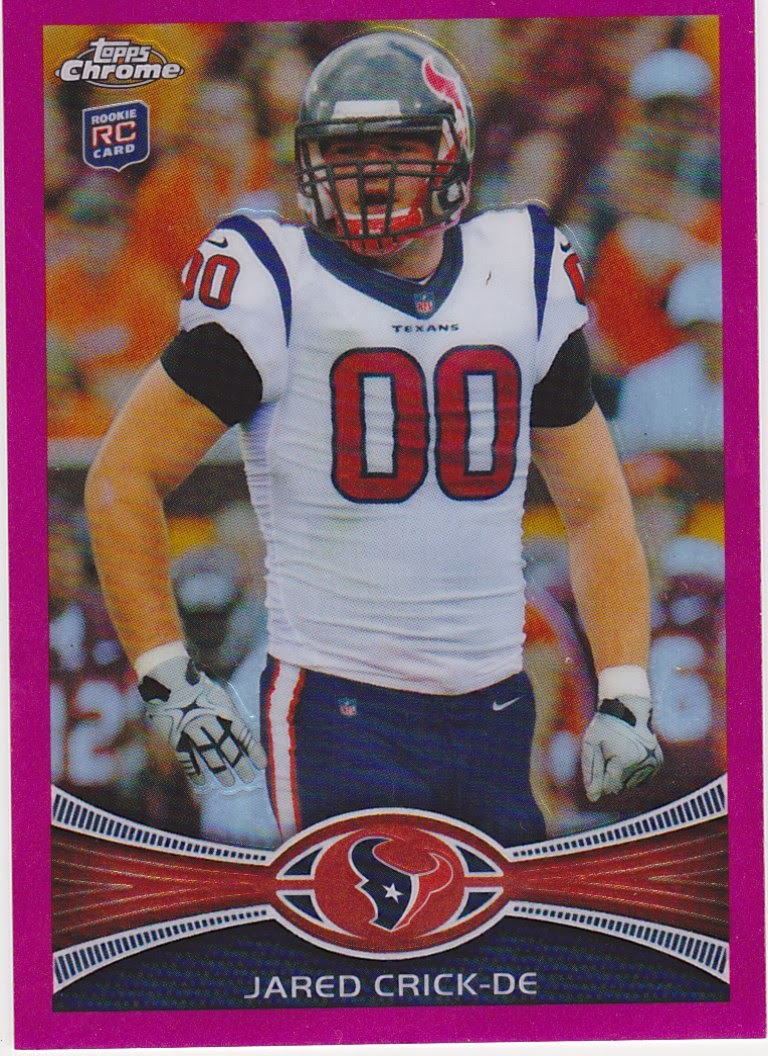 I used to make it up to the old Arlington Stadium a couple of times a year to catch the Orioles as they rolled through North Texas to play the Rangers. Those were fun trips. I had college friends who lived up there so I always had a place to stay if I wanted it and sometimes I scored free tickets (great seats, too). But usually I'd head up with John, a fellow Orioles fan/collector who I met at Houston card shops and became great friends with over the years. He had a black Pontiac Firebird and drove like a madman but somehow always avoided getting a ticket. Considering how many radar units would hang out on I-45 between Houston and Dallas that's nothing short of a miracle.

Games up there were always fun. I saw some of the most ominous storm clouds I can remember rolling across the skies over Arlington Stadium. I only recall a couple of rain-outs though. Behind home plate the screen extended straight up and it lacked the usual section that angles back over the top of the seats behind home plate. Foul balls hit straight back would frequently hit the wall behind those seats and ricochet down into them with tremendous velocity. Seasoned Arlington Stadium goers who sat behind the plate knew they had to instantly 'duck and cover' when a batter nicked one back over the screen. You knew the rookies. They were the ones who turned to see where the ball was going. Ouch!

You could take your own beer into the stadium in those round thermos jugs like this one: 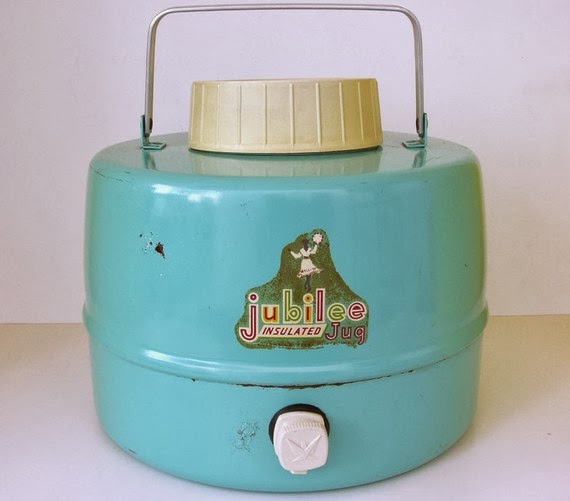 A stop at 7-11 on the way to the ballpark for a couple of quarts of Miller High Life or Coors was always on the to-do list. One of the many unique things about Arlington Stadium was a frozen ice cream novelty that vendors sold in the seats which was called a 'Pink Thing'. I never got one but they were pretty popular. Turns out they were unique to the Dallas/Ft. Worth area and mainly associated with the Six Flags Over Texas amusement park. That makes sense since Six Flags was literally next to the stadium.

We liked to get to the park early and hang out in the lot between the stadium and the nearby hotel which was where the Orioles (and other visiting clubs I suppose) stayed. Players would walk through the lot and were easy pickings for autograph hunters (of which John was one for sure). That's also the lot in which I heard Eddie Murray speak for the first time. Up until the moment he answered John's request for a signature with an "OK, but just one" I had been nearly convinced that he was a mute.

All of this is a long roundabout way of getting to the card I posted up top. That's a pink Jared Crick chromey, shiny-type Topps card. I collect pink cards, I'm a Texans season ticket holder and Nebraska is my son's school so the card was a nice pick-up.

Here's a picture of the Pink Thing ice cream 'treat' from the link above. And yes, that's exactly how I remember it. Looks pretty nasty. 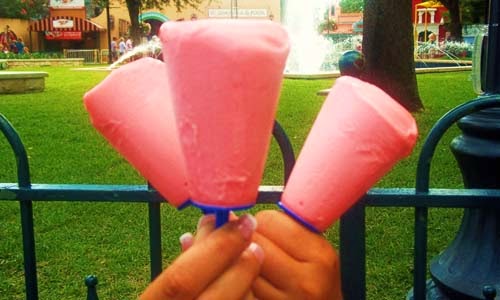 Posted by Commishbob at 2:00 AM