Nostalgia is a Pain in the Butt 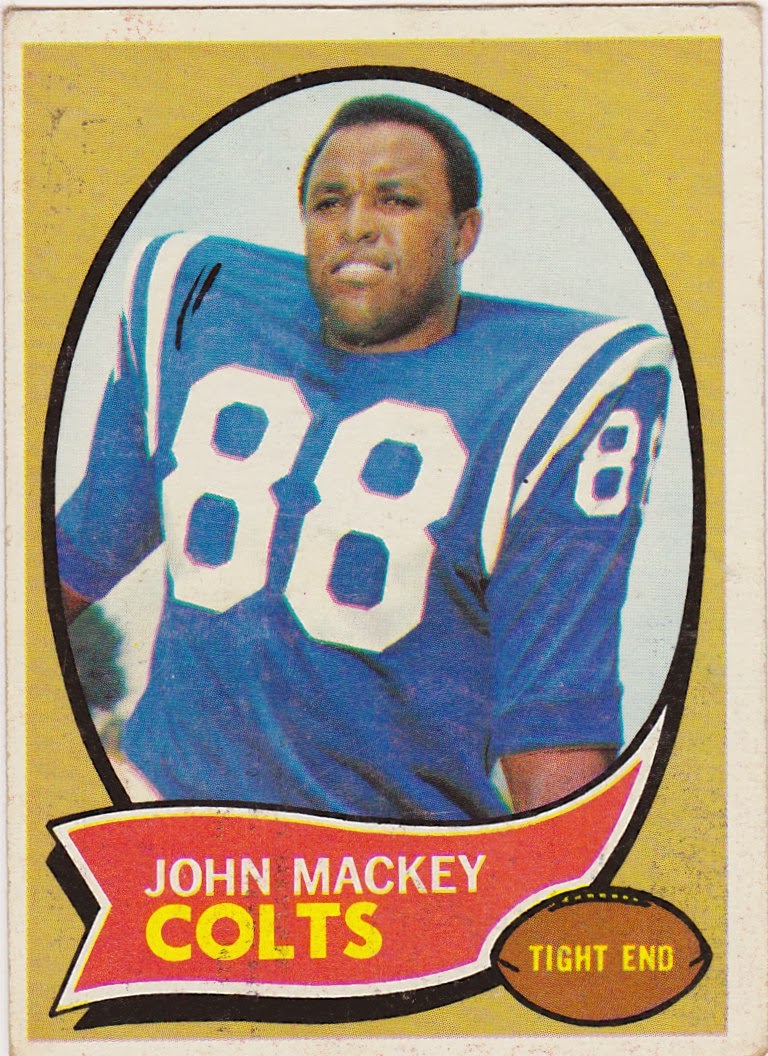 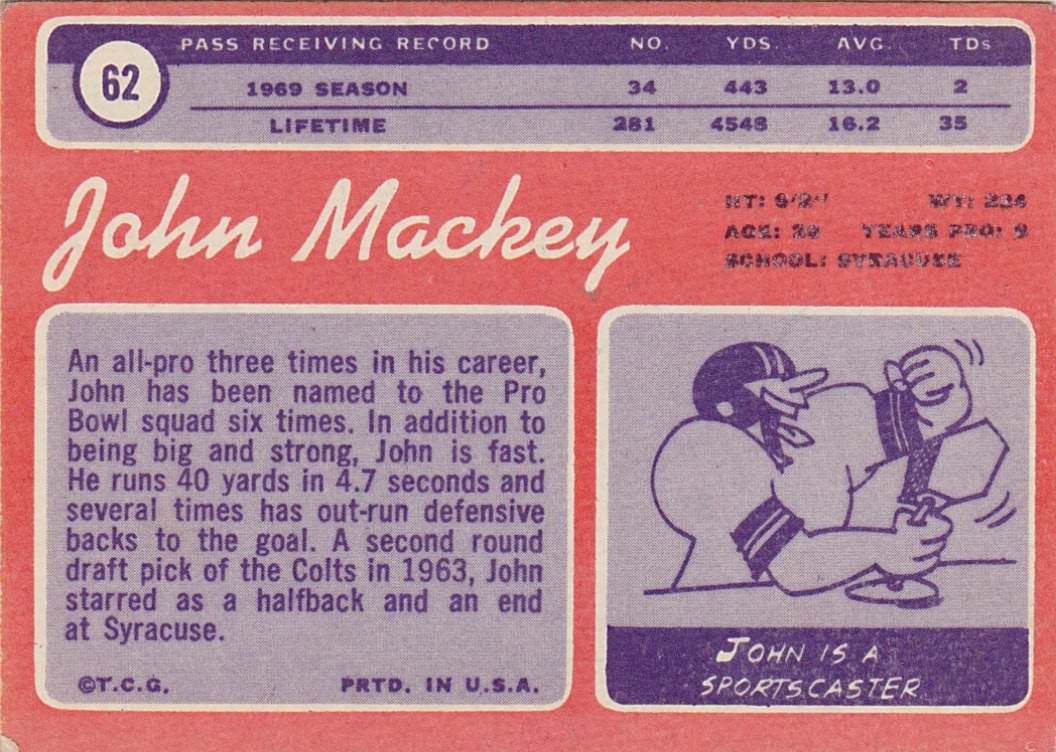 Last Saturday after we left the bowl game in Birmingham we headed to a highly recommended ale house kind of place in a trendy tucked away corner of Birmingham (yes, there are trendy areas of B-ham. I was surprised, too). While enjoying a really tasty burger and downing a few glasses of an excellent Alabama beer I kept an eye on the TV above the bar which was showing the Chiefs-Colts game.

As the Colts made their rather ridiculous comeback, and with my football season having ended an hour or so earlier, I was haunted by a twinge of ... oh, I don't know... regret, maybe. I wished the Colts were still in Baltimore and were still my team. It was a silly thought but I still do somewhat carry a torch for those heady days of Johnny Unitas, Ray Berry, Lenny Moore and John Mackey.

Ironically I recently picked up a Mackey card and it was waiting for me when we got back to Houston on Sunday. The 1970 Topps Mackey isn't one I remember having. I don't think I was collecting football cards much back then in what would be college underclassman days. And it's not one of his best cards but I grab cheap football cards when I come across them and this was cheap.

As I typed this I was struck by the irony of all the Baseball Hall of Fame noise being made this week. For many years Mackey was denied entry into the Football Hall because of the resentment felt by the football 'establishment' over his activism while serving as president of the NFLPA.

He finally made it, the Colts are long gone from Charm City and I shouldn't long for the 'good old days'. It's pointless. But those beers were very good.
Posted by Commishbob at 6:30 AM