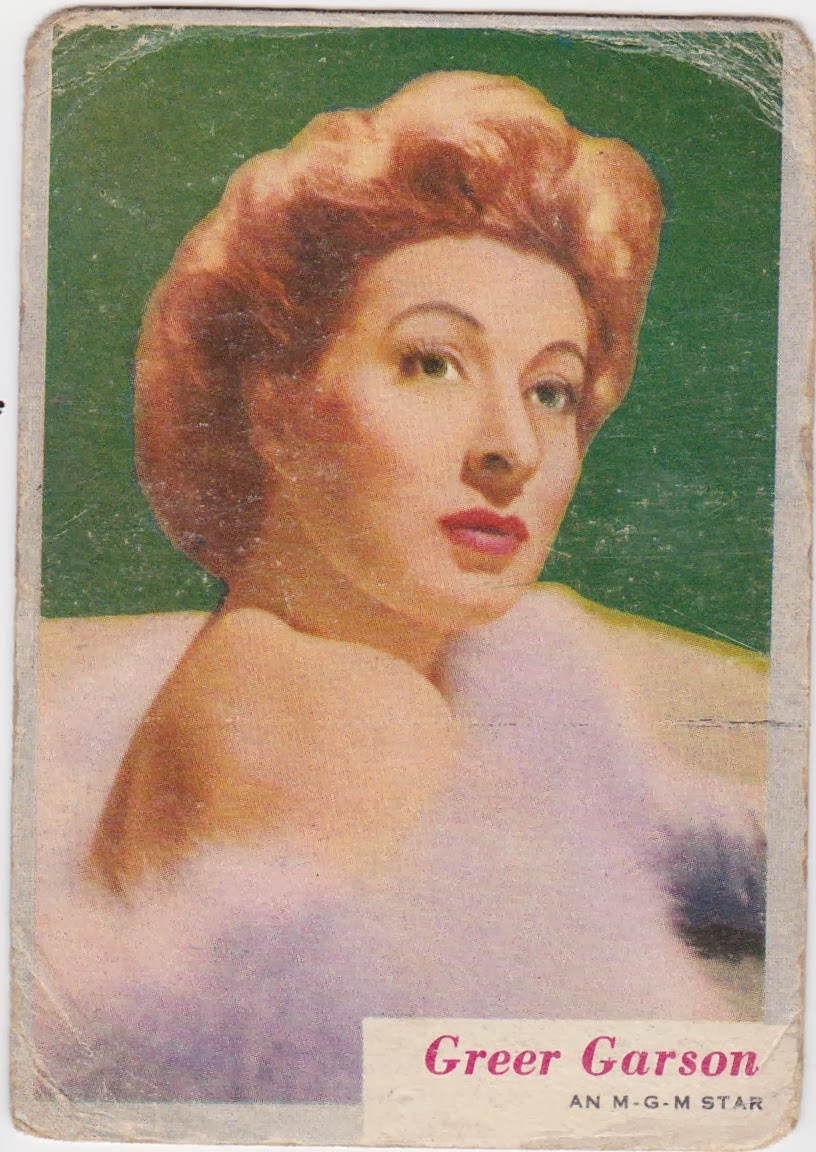 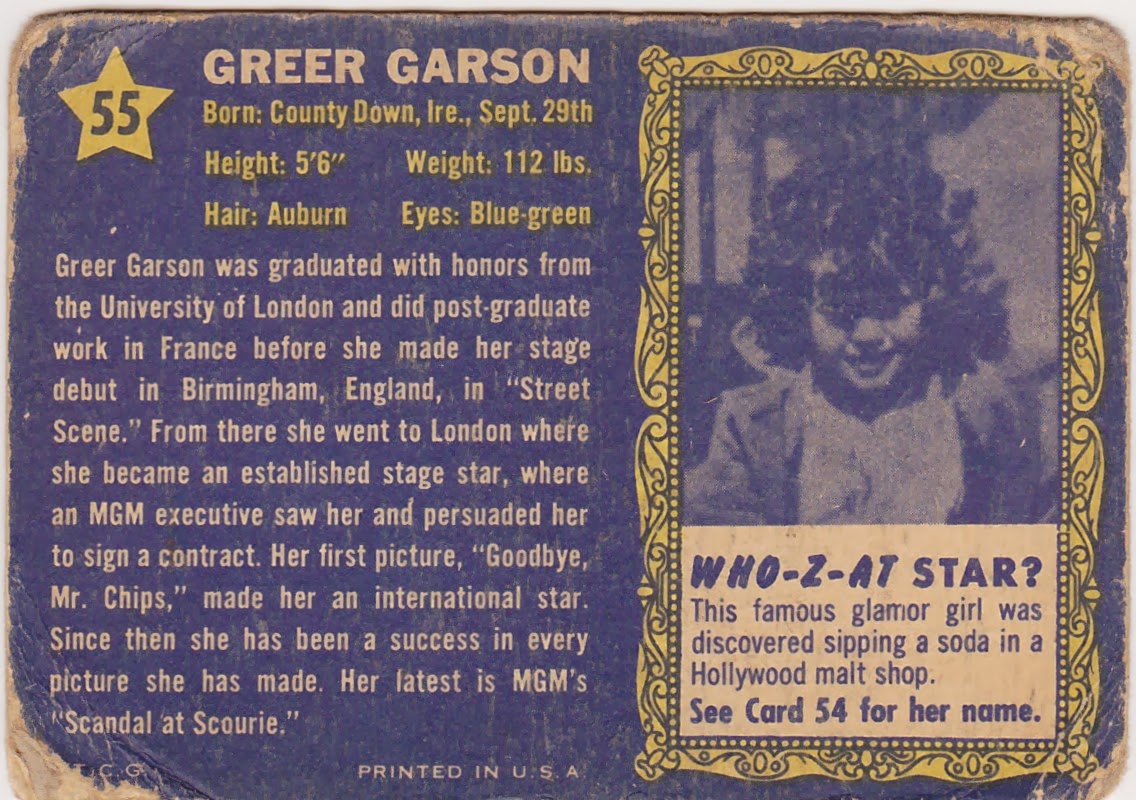 At the TriStar show I spent the bulk of my time (and a little bit of cash) rummaging through bargain bins not looking for anything in particular. In fact I spent so much time bent over tables that I wound up with a sore back on the way home. I picked up some baseball and football stuff to send off to other bloggers and various things which may or may not be 'blog worthy'. We'll see.

Most of the boxes I went through were at least semi-organized. I didn't hit up any of the 'dump a crap load of crap into a 3200-count box lid' tables. They can be fun but I didn't see any as I didn't make it all the way around the show this time.

One guy had a pretty substantial non-sports box. I wouldn't have messed with it normally but I had gotten a chair at that table and I wasn't ready to give it up quite yet. The box was within reach so I rifled through it for grins. The usual Batman, flags 'o' the world, Charlie's Angels and ships and planes cards were in there. And there were some movie star cards that caught my eye.

I've shown some Greer Garson items from my collection previously. She has a mysterious aura about her that I find attractive. The card I found is a 1953 Topps Who-Z-At #55 Greer Garson. It's part of an 80 card set that I wasn't familiar with but it has some big names. The cards are pretty reasonable, even in nice shape. The one I found is about as far from 'nice shape' as you can get. But that doesn't mean all that much to me. The fun of finding a Greer Garson card in a bargain bin and getting it for about a quarter topped off an already productive day.

Here is a look at what the card looks like in premium condition, scan is courtesy of Google and the 'net. 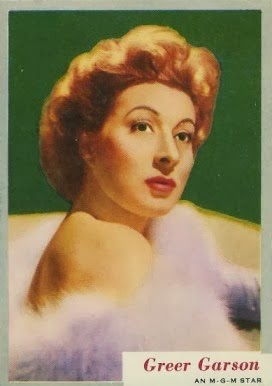 The other card from this set that I picked up was this one. Cyd Charisse was a dancer turned actress (think Mary Tyler Moore). I don't know much about her but then again, what's to know? Even the awful condition of the card can't hide her incredible looks. 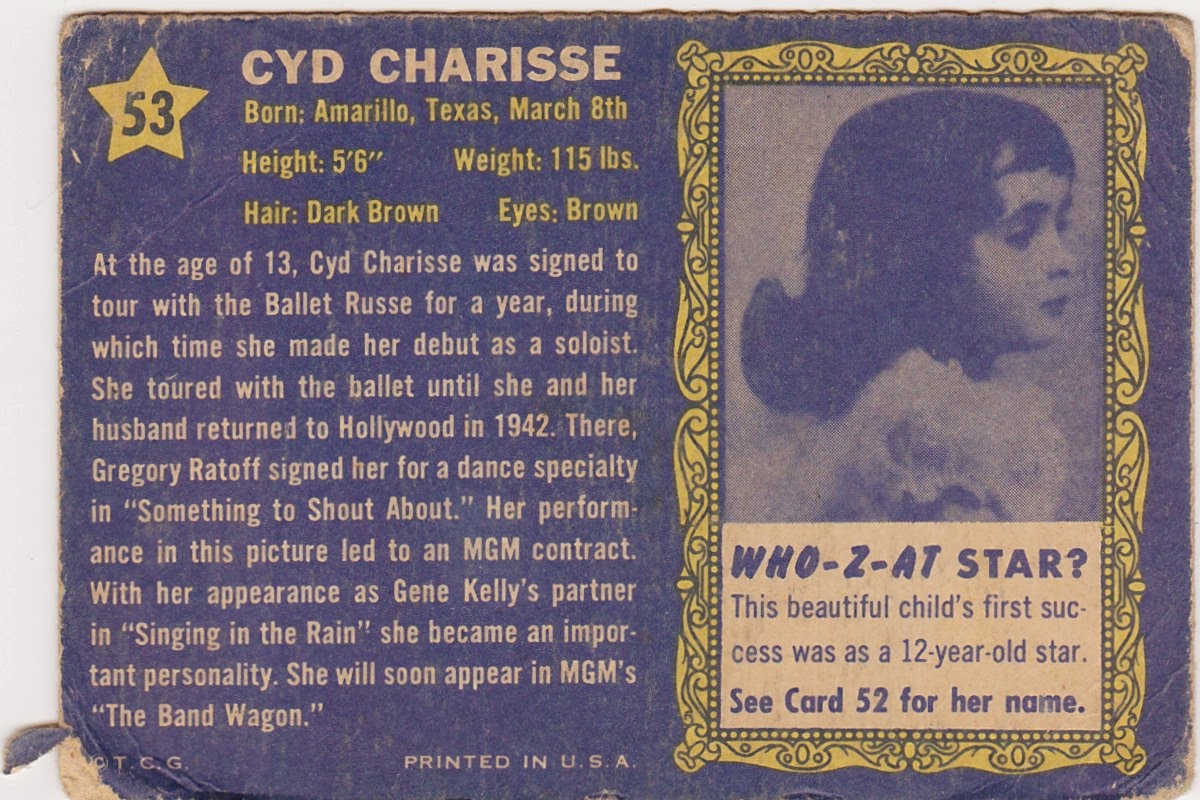 Late edit... I found the original picture that this card is based on. 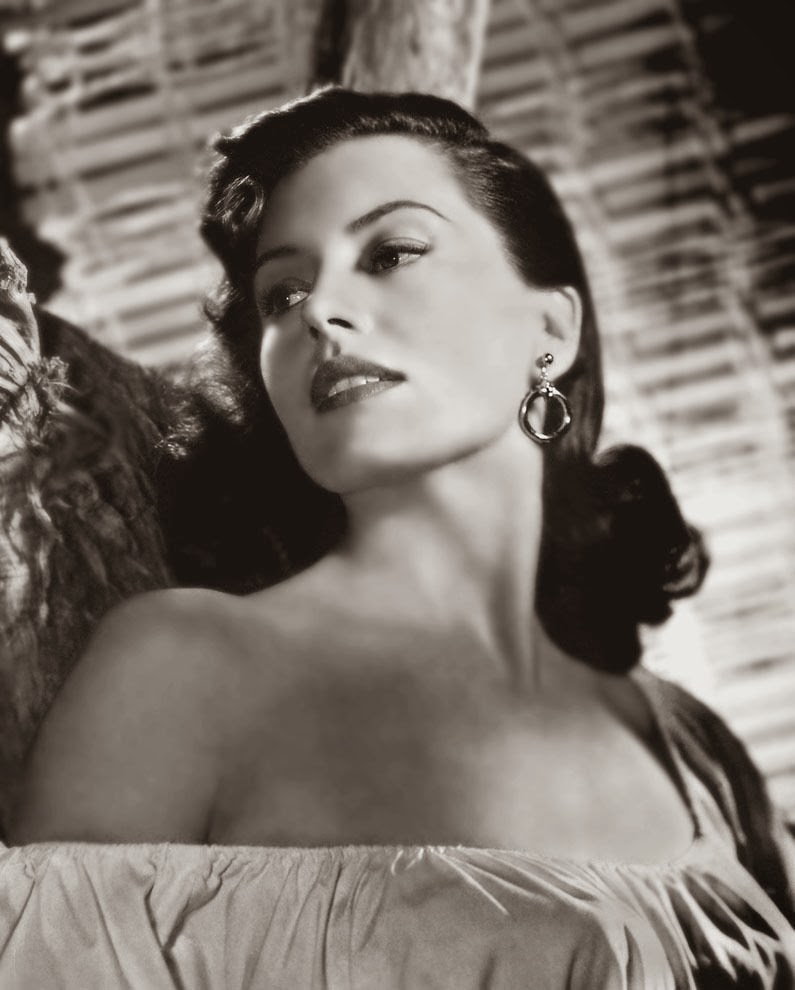