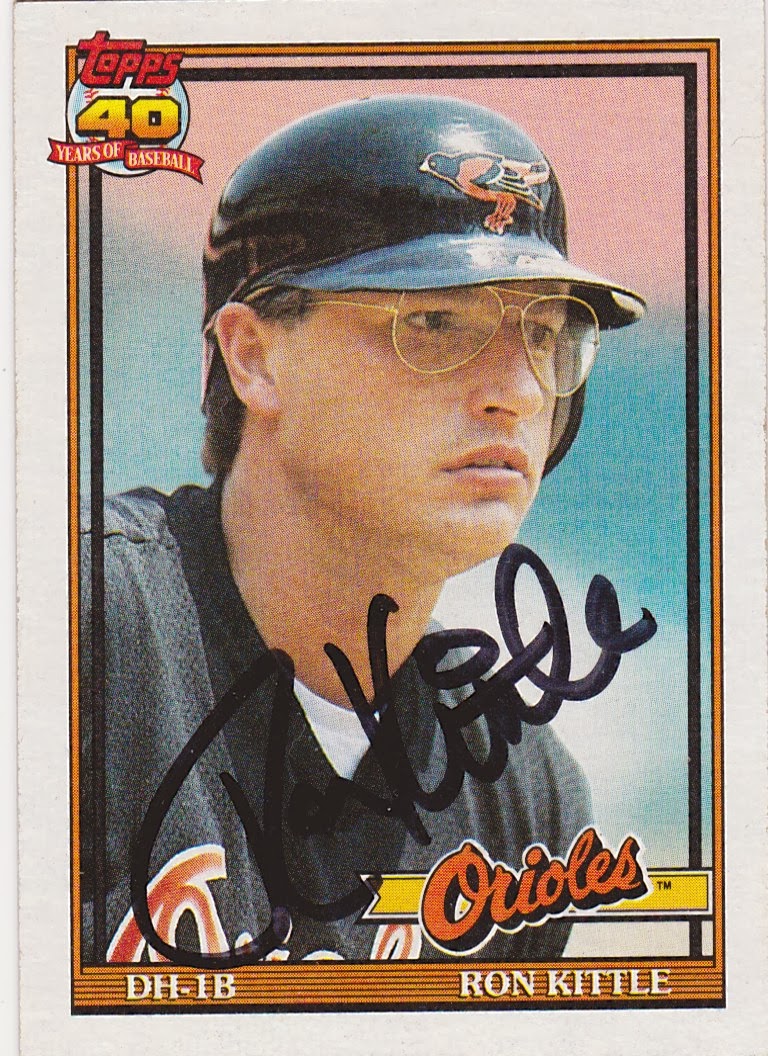 A couple of weeks back I wrote about a couple of nice signed cards sent to me by White Sox fan Mike M. In his note he mentioned that he would be attending the Sox' fantasy baseball camp as he does each winter.

Shortly after that I noticed that former player Ron Kittle, whose Facebook postings are routinely epic btw, was posting from that same camp. I wondered if Mike and Kittle had any interaction. I kind of forgot about that until late last week when another envelope came from Mike and in it was this signed 1991 Topps Kittle card. It turns out that Mike and Kittle have known each other for about a decade through their association with the fantasy camps.

Mike recalled the story of Kittle being traded to the O's by the Sox on July 29th of 1990. In the fourth inning of the game that day Kittle hit a two out double and manager Jeff Torborg replaced him on the bases with Steve Lyons. Arriving back in the dugout Torborg told Kittle he'd been dealt (Lyons scored by the way, probably as Kittle was packing but the Sox lost, 9-8).

Kittle spent the second half of the 1990 season in Charm City after being traded to the Birds for Phil Bradley. He ended up signing with the Indians after that season and then with the Sox again in June of 1991 where he finished up.

Thanks again, Mike, for the sweet card and taking the time to write. Glad you enjoyed the week in Arizona.
Posted by Commishbob at 11:58 AM