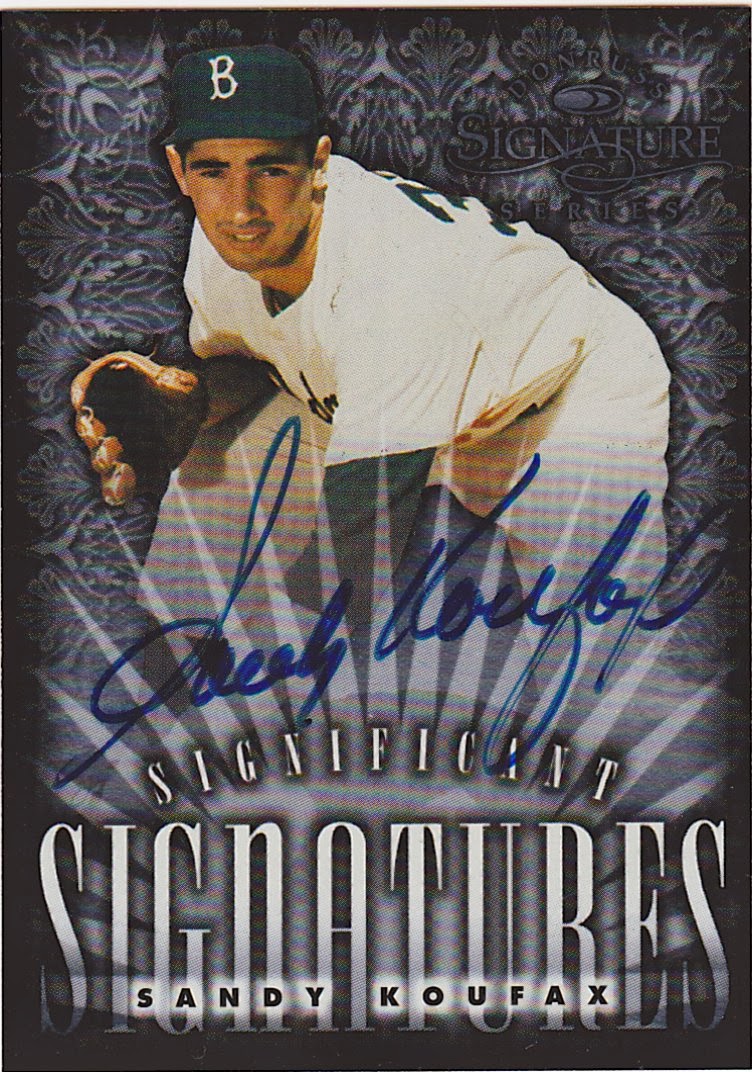 I'm not really an autograph collector. Oh I have some, and many of them mean a lot to me, but if I were to list things I covet memorabilia-wise autographs wouldn't be one of them.

But I do like to have one signature of each of my favorite players. I have many Brooks Robinson autographs, most of them I obtained directly from Brooks one way or another. I have one Johnny Unitas aoutgraph that I won through a charity auction and had framed with a picture.

But one autograph I have wanted for a long time was a Sandy Koufax. They are prohibitively expensive for the most part. And I am dubious of some of the cheaper ones. But I have patience. Recently three of these 1998 Donruss Significant Signature Koufax cards were on eBay. I used an auction snipe program and loaded up all three auctions with lowball bids. I figured I had nothing to lose.

Luckily one of them hit and here it is. Before I bid I did a bit or research into the set. Apparently there are a couple of variations of this card. Some picture Koufax with an LA Dodger cap. These Brooklyn versions were supposedly to be used as replacements or something. Some were sold via auction when the defunct Donruss' inventory was liquidated. I'm not sure about any of this and I don't really care. It's legit, it was reasonable, and it's on-card.

I'm pretty happy.
Posted by Commishbob at 6:00 AM