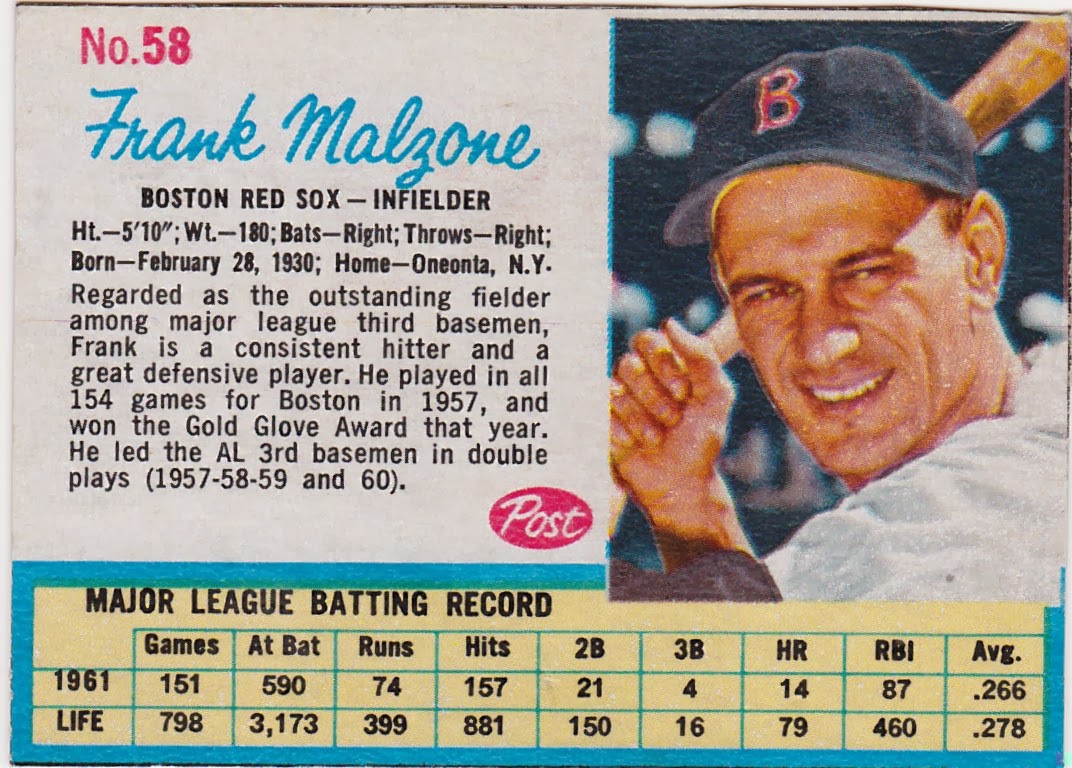 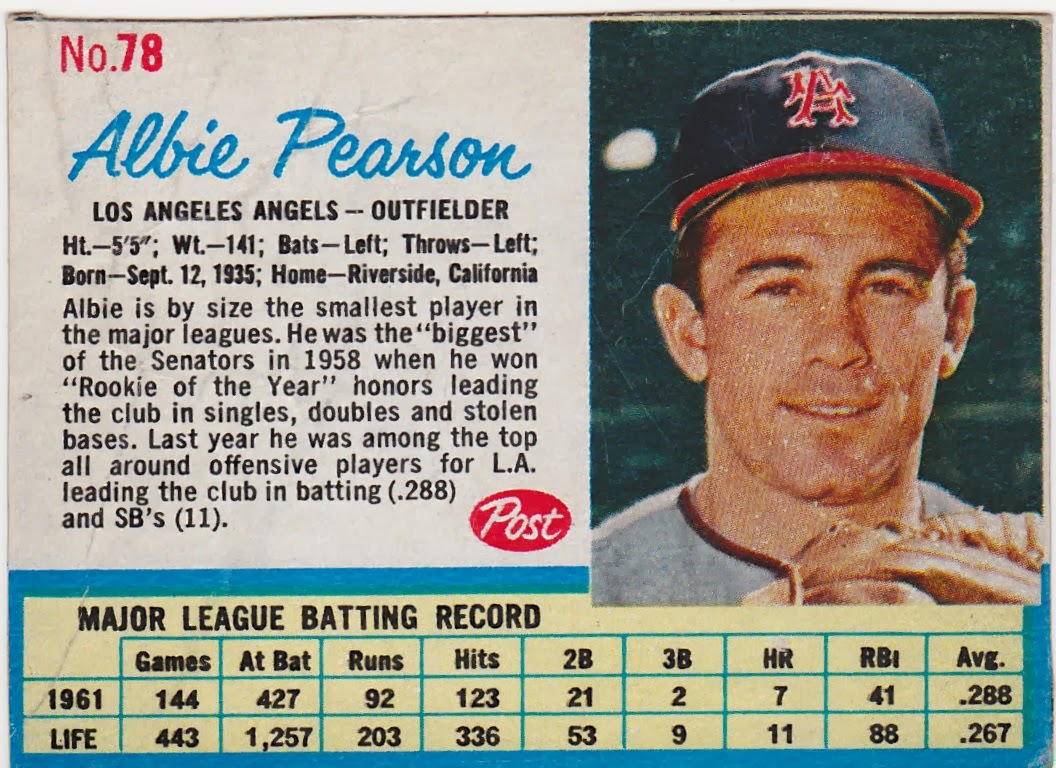 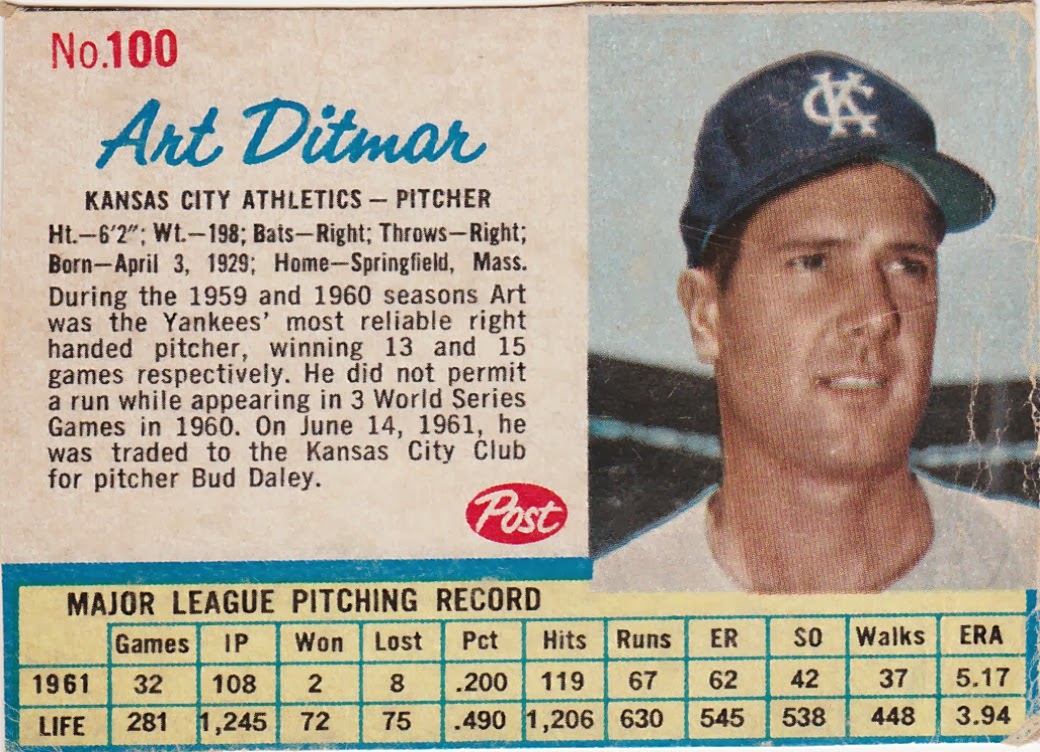 Back in the days when these Post cards were issued on cereal boxes I had a routine. Most evenings while my Mom was busy in the kitchen I'd wait on our front steps to see my father walking down the block as he made his way home from the bus stop (#32 DeCamp Lines bus out of the Port Authority). He's have a late afternoon edition of one of the New York papers, usually the Daily News. I'd grab it and read as much as I could before supper was served. In those days there was more day baseball and sometimes if the Yanks were at home and had played in the afternoon there would already be a game report in the paper.

While we ate we'd have the radio on (no TV allowed during meals!) and more often than not we would catch the nightly 15 minute sports report done by Stan Lomax on WOR. His is one of the voices of my youth. He'd been a sportswriter who had entered the world of radio very early doing all manner of play-by-play and had one of the longest running daily shows in broadcasting history by the time he retired.

I found (and cherish) one .mp3 sample of his work. It's not typical because it's a drop-in segment from a gig he did with the talk/comedy show duo of Bob and Ray. And it is from late in his career (1976) when clearly his best days were behind him. But it certainly displays his unique cadence and inflection. 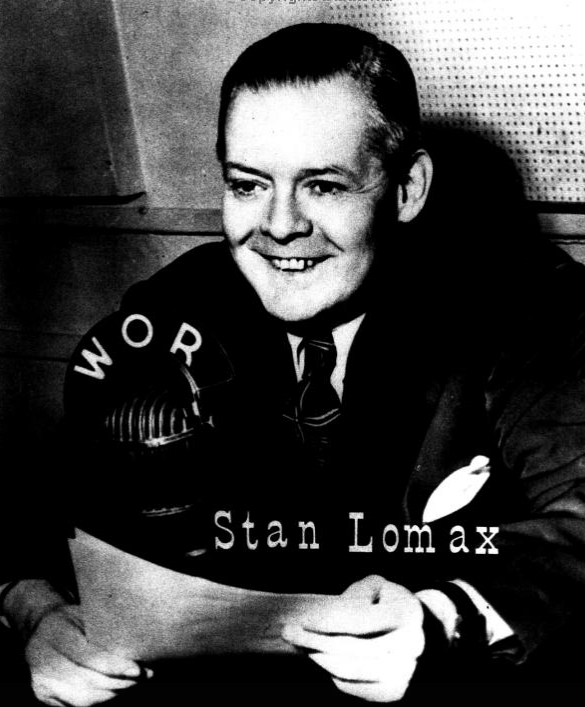 I especially enjoyed his show during baseball season. He would give recaps of day games played or in progress and he's give the batteries for the upcoming night contests. I'd listen intently as Lomax would click off homers and starting pitchers for the Orioles and Phillies (yes, I followed the Phils for a bit back then).

Lomax also spent a lot of time on boxing and college basketball, two sports I followed as a kid (almost entirely due to him) but which barely register with me now.

Here is the minute and a half audio clip of Stan Lomax which I posted to YouTube:

All of this is a roundabout way of getting to the three 1962 Post cards up top. Frank Malzone just seems to typify baseball of the early 1960s era. Good bat, good glove and a member of the hated (by me) Red Sox. His was a card I didn't seek out but I did appreciate. Much more so that that of Albie Pearson. Whenever I heard his name mentioned the only thing I thought of was how small he was.

Now Art Ditmar...he's a Stan Lomax-type guy in that I associate him with weeknight games at Yankee Stadium. Whitey Ford always seemed to pitch on Sunday but Ditmar was the guy we would catch when we made a game on a Tuesday night. He was also the guy my friends and I mocked for reasons I can't really remember. He was my 'Dooley Womack' before I actually had Dooley Womack to make fun of. I have previously shown off my Art Ditmar collection.

The '62 Post above and '61 that follows are the latest additions. 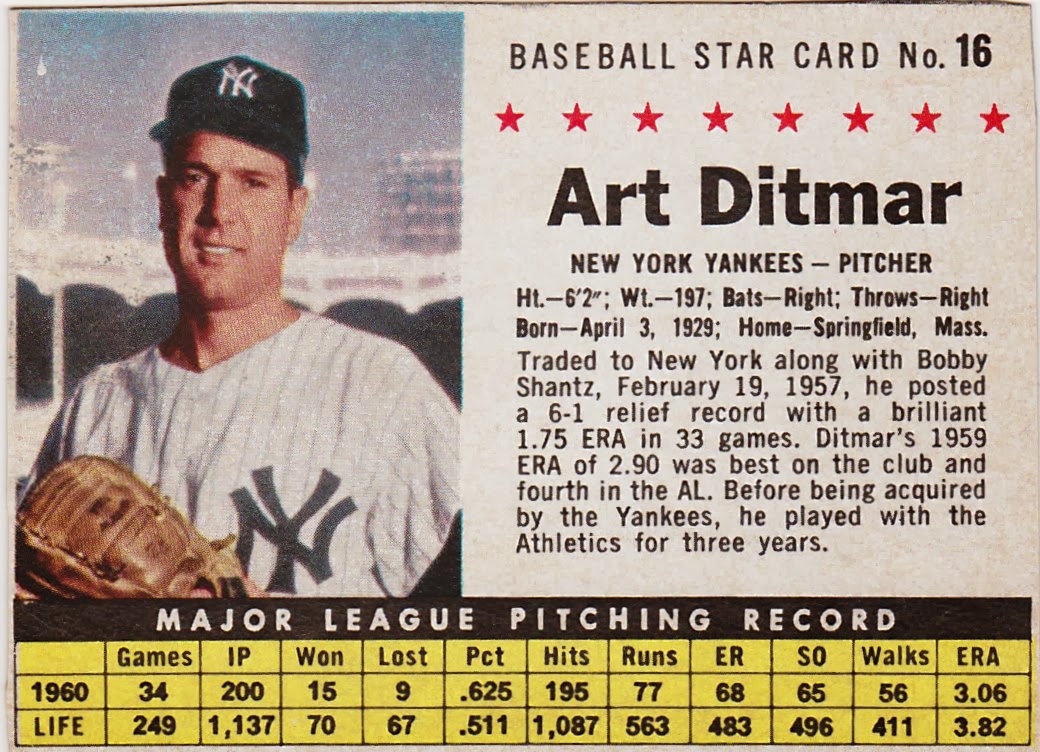