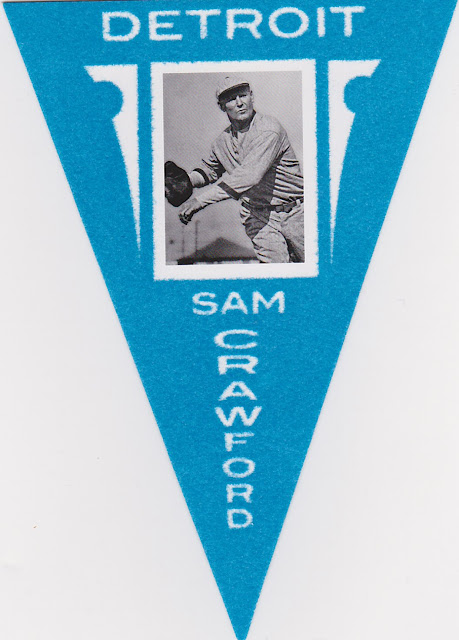 This came with my box of Panini Golden Age. I've always found the original 1916 BF2 Ferguson Bakery issue to be interesting. Legendary Auctions always seem to have a few lots in their catalog. Waaay out of my price range.

Sam Crawford came out of Wahoo, Nebraska and debuted with the Reds in 1899. He put together a Hall of Fame career playing 19 seasons, 15 of those with the Tigers. His Detroit club played in three straight World Series from 1907 through 1909. They lost each of them.

After his last big league game he played four more seasons with the Los Angeles Angels of the PCL. In the last of those he hit .318 at the age of 41. He hit .360 and .332 the previous two seasons! And those were seasons in which he played more than 170 games each. 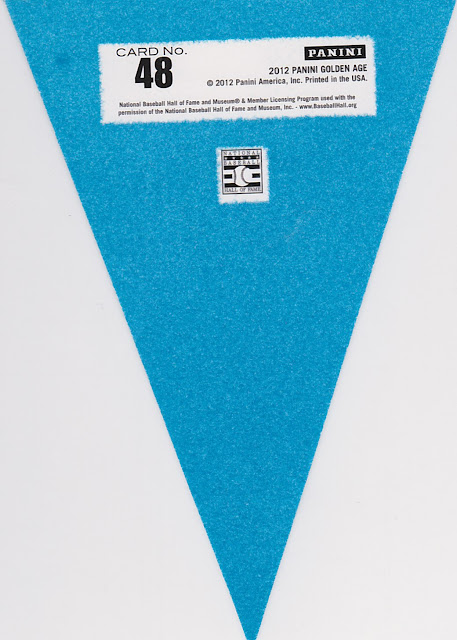 Here is a pic of an original I found on the 'net. 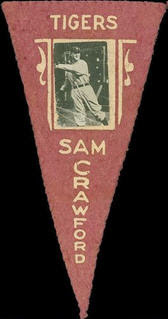 Posted by Commishbob at 3:32 PM