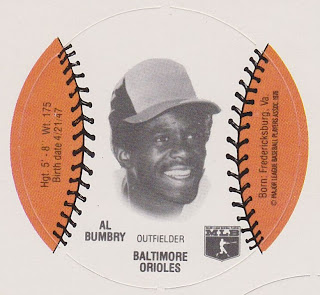 I seem to recall there being a Burger Chef not far from the house we moved into in Houston in the mid-60s. I wouldn't bet my life on it. Anyway, Burger Chef was at one time the second leading fast food franchise in the U.S. behind McDonalds. One thing I am sure of... there were no McDonalds in the Houston market until about 1973 or so. The rights to that name were owned by a local burger franchise. When the legal shenanigans were finally overcome the first McDonalds opened to great fanfare.

All of that local history lesson has nada to do with this fairly charmless item I pulled out while looking for other stuff. Apparently Burger Chef distributed these as part of a kids meal promotion in 1977. There were twenty four different teams included in the promotion. I found this 2009 entry on the Things Done To Cards blog which lists the teams and checklists them all.

Each team set had nine different player discs as part of the box. They were die-cut and had some Burger Chef characters on the reverse. Apparently these were supposed to be used as part of a baseball game. The rules and directions were printed on the box. I bet the game was never attempted.

The discs themselves were another MLB Player endorsed item and no team logos are seen. The Al Bumbry disc is shown at the top in 'blown up' form. No stats, just the vitals of each player were printed.

These are readily available on eBay pretty cheaply. I can't remember where mine came from or if I'm the one that did such a crappy job of trimming it off the box. 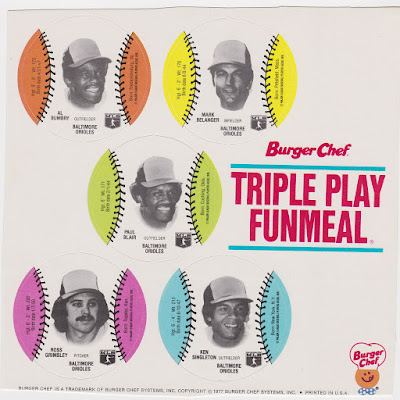 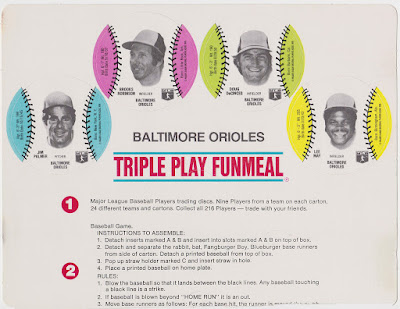 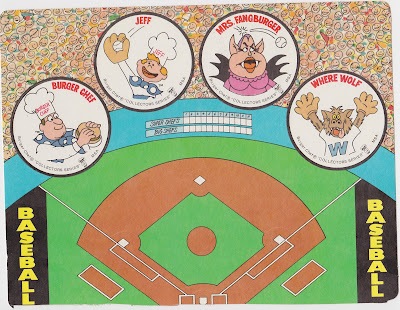 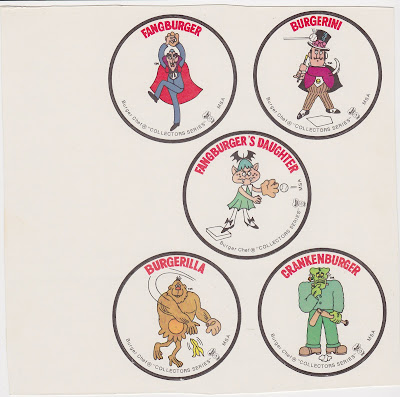 Posted by Commishbob at 6:15 AM