I picked up two more All-Stars for the 1961 set build. I almost always go after raw cards but sometimes you find a graded card at a reasonable price. My normal procedure is to let them stew in their cases for a few days and then throw a 'freedom party' out on my workbench.

Ever since I damaged a '59 Killebrew rookie with an overzealous screwdriver I've been more careful doing this. I did ding my '62 Willie Mays but overall I've had success. What I normally do is stick the label (I've learned it's called a 'flip') into the binder on the back side of the card.

This morning I went from this... 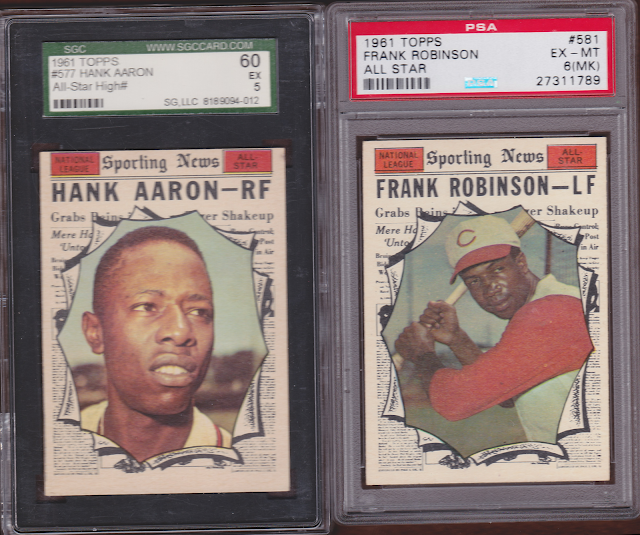 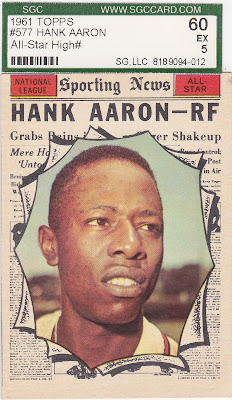 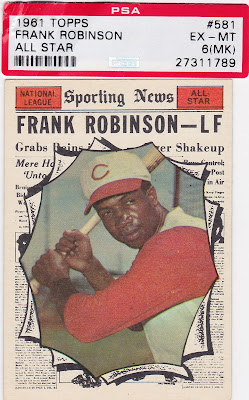 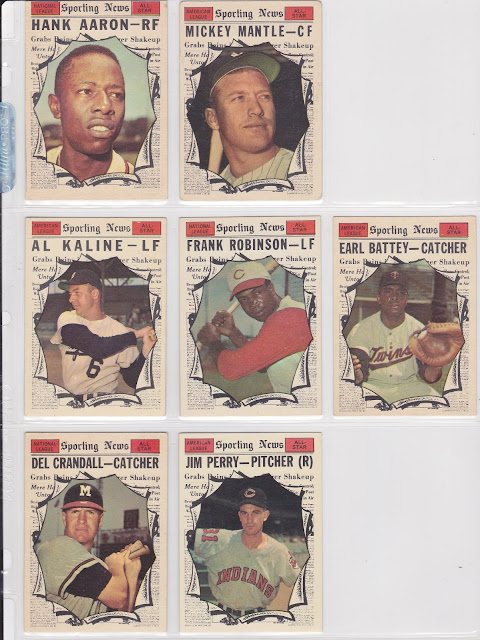 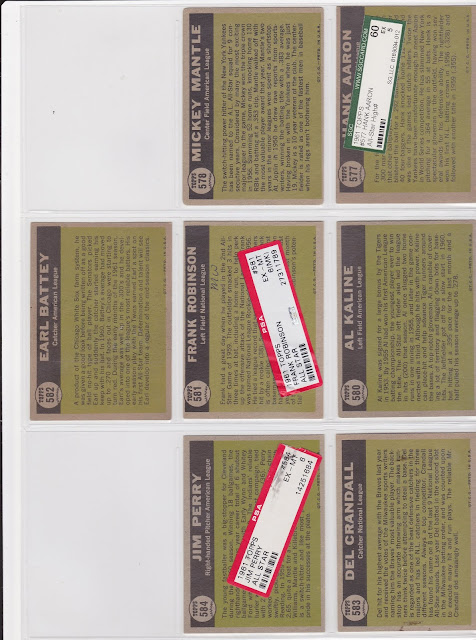 Now that I look at the scans I think I'm going to pull the flips out of the binder pockets. Viewing three of them on a page is kind of annoying. #retiredguyproblems :-)

Progress report: I'm at 538 of the 587 cards in the '61 set (92% give or take). 34 of the cards I lack are high numbers including three All-Stars (Aparicio, Banks, Mays). Of the 15 lower series cards a couple are stars/rookies including the Marichal rookie. I'd also like to upgrade one card... I have a Mantle World Series Game 2 (card #307) which is trimmed.

I made the hotel show this past Saturday but I've pretty much exhausted the supply of  '61s that my friend Darryl had available. I picked up both of Bill Mazeroski's cards from him.

Overall I think I've made pretty decent progress on this thing. From time to time (particularly when looking at high number cards of lesser-known players) wonder how I could have let myself get into the chase for this. But it's been fun. I have a goal (a soft goal!) of finishing it this calendar year. We'll see.
Posted by Commishbob at 10:48 AM