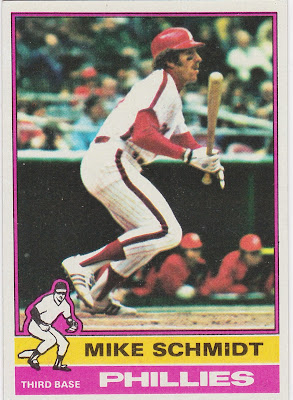 My wife has been out of town most of the week so it was the perfect time for a crack party. Now hold on. It wasn't what you just thought. You see I've had about a dozen graded cards that need to be in my set binder kicking around my hobby room for months. Today I grabbed a pair of pliers, a flat screwdriver and those encased cards and went to town. The result? Filled binder holes and a few upgraded cards as well.

That Mike Schmidt was one of them. He had a place reserved in my '76 binder and since it was filling up fast I needed him in there with his friends. A '76 Ryan joined him.

Here is Schmidt before he was free to breathe. 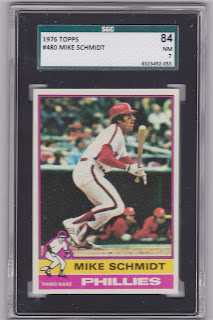 The others who were paroled from plastic prisons were from Topps 1959 and 1962 sets (all upgrades) and several 1961s. Those were filling holes. And rest assured that the broken plastic pieces were properly disposed of. They went into the recycling bin. The best news is that I didn't damage a single card which shows that I'm improving my skills. 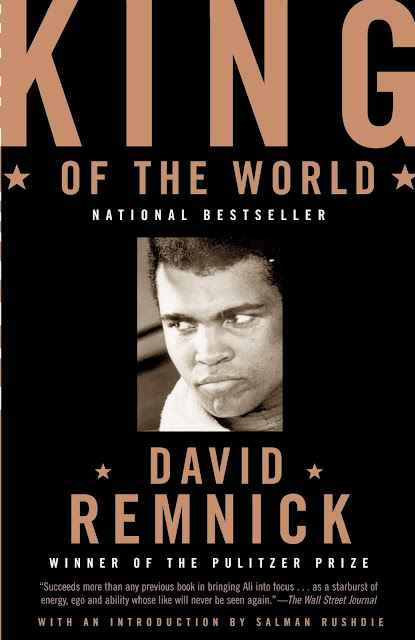 There are dozens of Muhammad Ali bios. Just search Amazon and you'll be overwhelmed. But of the few I've read David Remnick's King of the World is head and shoulders above the rest. It's nearly twenty years old but the story holds up. Great writer detailing a fascinating man. Reading about the Liston and Patterson fights, which I thought I knew quite a bit about, was eye-opening. Amazon has copies for under $2 plus shipping.

I grew up listening to Top 40 A.M. radio during the time of the British Invasion. The Beatles, Dave Clark Five, the Kinks, etc. Mixed in was a lot of Beach Boys, Motown and Philly Soul. But when I got to high school my group of friends (and therefore the music I heard) changed quite a bit.

One artist I discovered and came to love was King Curtis. Curtis Ousley was a terrific sax player, bandleader and composer. He died far too young. I absolutely wore out this album in the early seventies. Heavy rotation in my dorm suite alongside Isaac Hayes, Otis Redding, and Miles Davis.


Bonus content: I found this video looking for the above one. It's from the Montreux Jazz Festival. I had this whole thing on a reel-to-reel tape at one time. Never had a player so I had to date someone with one. Here 'tis: King Curtis & Champion Jack Dupree Live from Montreux 1971