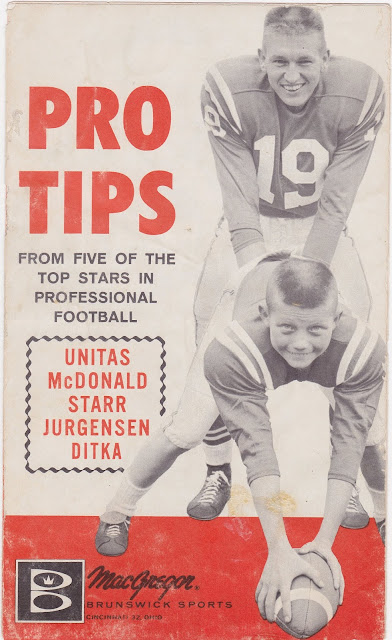 I'm a sucker for old Johnny Unitas items and I found this on eBay. It's pretty fragile so I scanned it for posterity (I'll put it safely away now) and for this post. The Unitas pics are probably from the same photo session that produced the MacGregor Staff photo and related pics that I posted this past November. 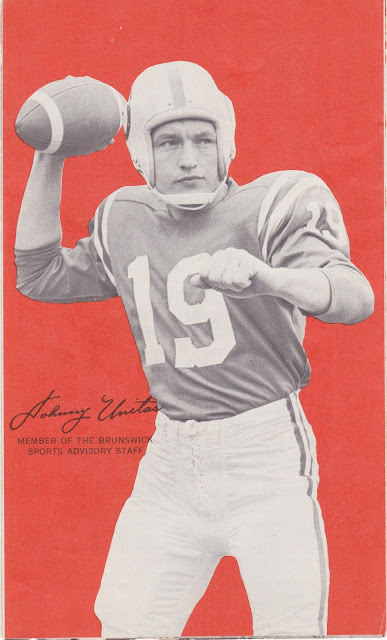 As indicated by the cover, JU is the featured athlete and gets a two page spread in addition to a second photo. 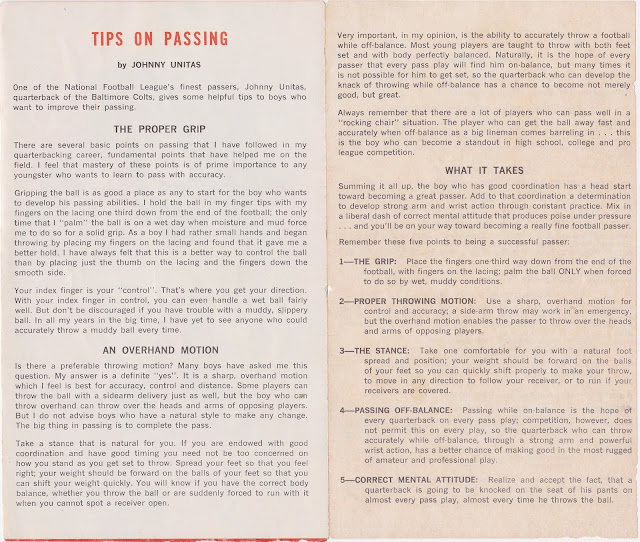 Sonny Jurgenson waxes poetic on eating right, etc. It's hard to tell by the scans but this thing folds out so that the text and Jurgenson's photo are each one page. 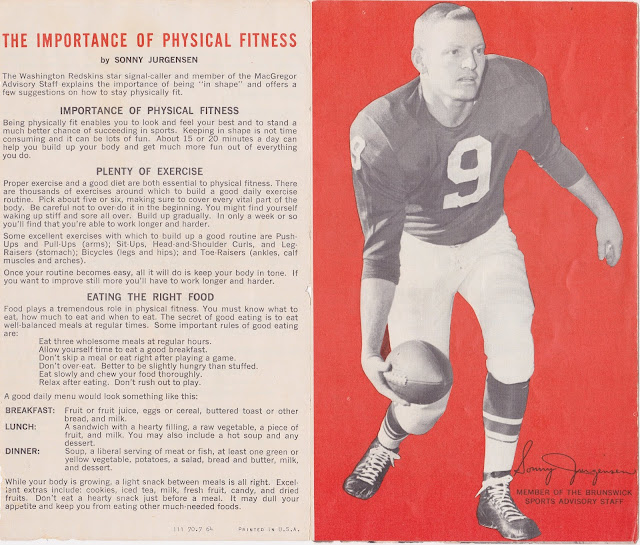 Bart Starr did NOT explain the 'Lombardi Sweep' play that they ran down everyone's throats back in the day. Of course, I always think of the late, great Ray Scott doing Packer games on CBS. If you want to hear him at his best go to 1:05 of the clip below and give a listen to how a pro calls a TD. 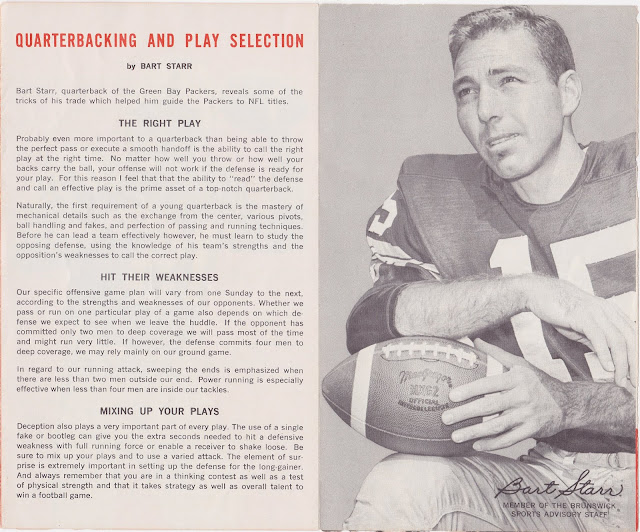 A nice bonus is the appearance of one of my favorite players, Tommy McDonald, in the brochure. And he helps date the thing since he was a one season Cowboy (1964). 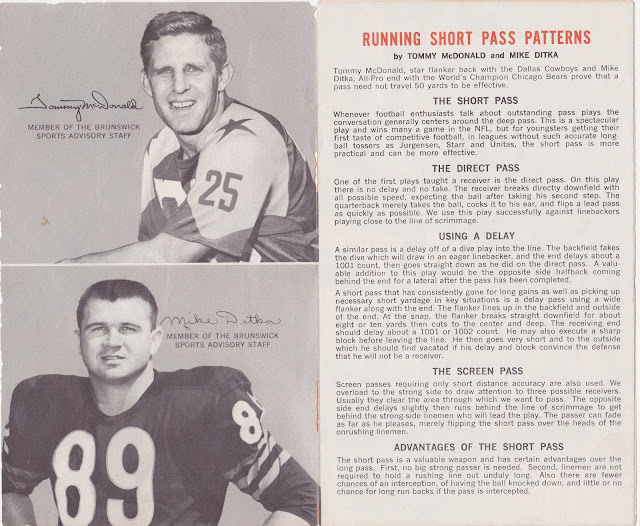 My favorite network broadcast show ever will always be Homicide: Life On The Streets. It portrayed the city of Baltimore through the eyes of it's Police Homicide Division. It ran for seven seasons, the first four or five of which are about as good as network TV could ever hope to be. It starred and was enriched by among others, Daniel Baldwin, Richard Belzer, Clark Johnson, Yaphet Kotto, Melissa Leo and especially Andre Braugher.

The show was inspired by this book: Homicide (A Year On The Killing Streets). The author had spent a year with the homicide cops of the Baltimore City Police and wrote a really great book as a result. I seem to remember getting it from a bookstore as soon as I discovered the show. Excellent look at the workings of a big city homicide squad, warts and all. No whitewashing anything. 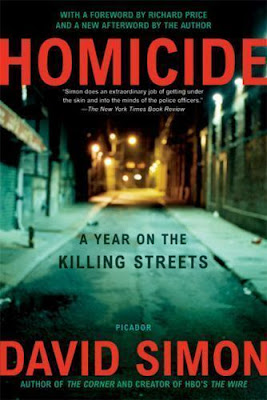 To continue my Charm City theme, here is the remarkable Nina Simone and her cover of Randy Newman's Baltimore:


Bonus material...David Gray doing the same song live in Baltimore. I've probably seen Gray more than any other performing artist. He's the only musical act that, when I say "So-and-So's coming to Houston, wanna see him/her, again?" doesn't get a moment's hesitation from my wife. And he's coming back again in March. I'm looking forward to it.