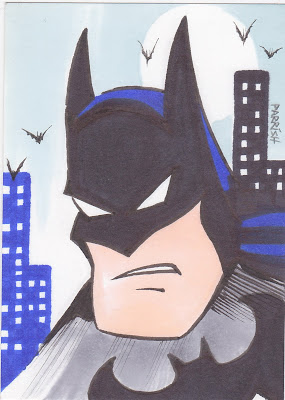 I had just about given up on finding Batman sketch cards on eBay. I check once a week or so and the same old stuff was there, most of it not close to being worth the asking prices. Then a few weeks back I saw that Nathan Parrish had put up a bunch of his work at very low prices. I've picked up some of his 'cards' before. He uses several different tools in his sketches, pencil, colored markers, and so on. I also like how he portrays the different eras of the Dark Knight saga. The one above is my favorite of the latest batch.

As a really cool bonus, he wrapped them in a Japanese paper, similar to how I believe cards were traditionally distributed. Although the paper was likely not this beautiful. Here are a couple: 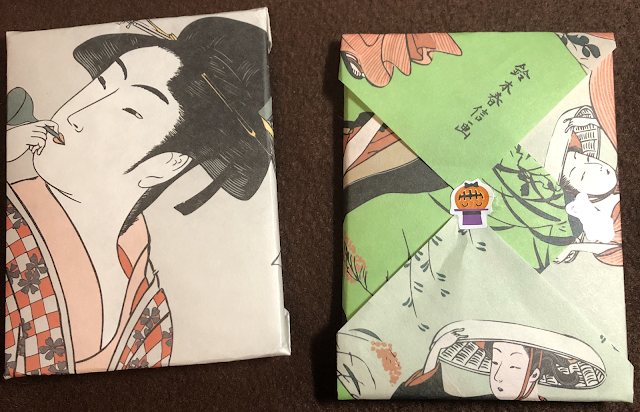 When my kids were very young we had them enrolled in the daycare facility at San Jacinto JC (yes, the place where Roger Clemens and Andy Pettitte pitched). The program they had was top notch. They required that one of us be enrolled so I took night and/or Saturday classes each semester. I ended up with an IT certificate. But that's a long way to my point...I took one 'for fun' non-credit class, Intro to American Roots Music aka...Jazz Appreciation 101.

The instructor was a huge fan of tenor sax legend Dexter Gordon. From that class, I came away with an appreciation of him as well. I nabbed this book when it came out a few months ago and read it over the holidays. Gordon was a remarkable talent, grandson of a Medal of Honor winner and son of a doctor. He also had his share of trials and failings. But the sum total of his music is staggering. The book, written by his widow (actually she finished his autobiography), is very readable and insightful. I enjoyed it. It's too new to be out there at a discount though. 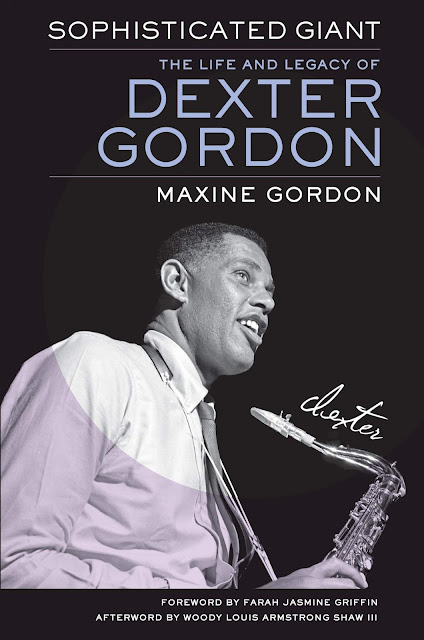 I could have picked any one of dozens of Gordon videos out on the net. If your life is spinning too fast try this: pour a drink (Makers 46 is my current choice), find a comfortable recliner, and crank up some Dexter Gordon.