Billy Pierce (and a friend or two)

I've added a few Billy Pierce photos to my binder over the past few months. This first one is a promo shot of Billy P with the much-traveled Virgil Trucks. It's been signed by both. Trucks came over to the White Sox in June of 1953 and pitched in the rotation with Pierce for two and a half seasons before being dealt away following the '55 campaign.

This wasn't the first time the two had been teammates. Trucks was an established vet whit the Tigers when Pierce debuted with them at the age of 18 in 1945. Trucks was still there when Pierce got a longer look and won a job in Detroit in 1949.

Both of these guys were cordial and prolific signers after their careers. For the life of me, I can't remember why I thought it was a good idea to scan these in black and white mode. It makes the sigs look fake but they are real. LOL 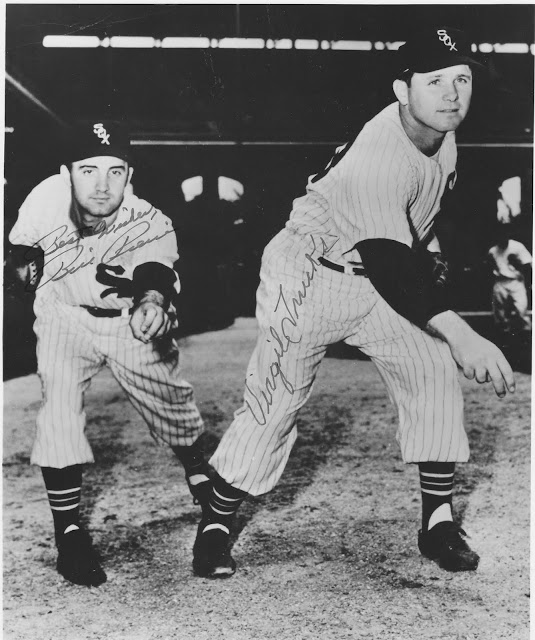 This signed George Brace photo is my second copy, the first with a nasty fingerprint on the surface of the photo. 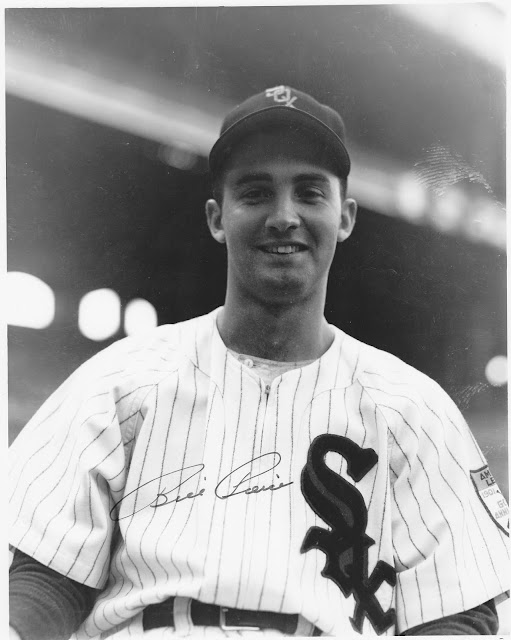 The third and final pic isn't signed but it's my fave of the group since it's a wire photo from Spring Training, 1958.  In case you can't read the cutline Pierce is shown alongside Dick Donovan and Early Wynn. 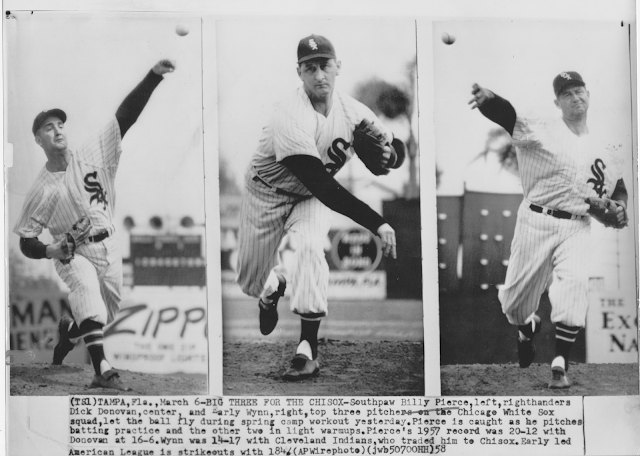 The Sox finished second to the Yanks in 1958, ten games back. They were still a year away from their '59 World Series appearance. The Athletics finish 7th, 19 games back that year so the Sox were actually closer to 7th than they were to 1st. For whatever that's worth. The three guys in the pics didn't disappoint, though. They won 17, 15 and 14 games respectively.

Speaking of Early Wynn...I'll leave you with two things I read while poking around the 'net: 1) He whiffed more hitters than any other pitcher during the decade of the 50s and 2) on July 18, 1956 he was hit in the face with a line drive off the bat of the Senators' Jose Valdivielso. He needed sixteen stitches and lost seven teeth. He was back without missing a start and shut out the Orioles on six hits (and got a pair himself) in a complete game win on July 22. Damn.