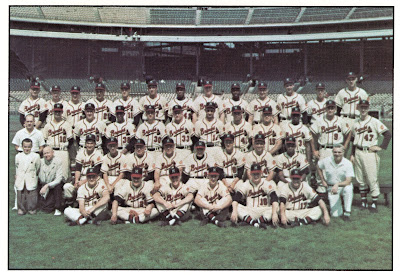 I recently took advantage of my free time to organize and binder the SSPC and TCMA sets I completed in the last year or two. Lots of cards, lots of nine-pocket sheets. I always print out a checklist and stick it in a one pocket and stick it in the binder.

When I dug up and printed the checklist for the TCMA Stars of the 50s  set I saw this: 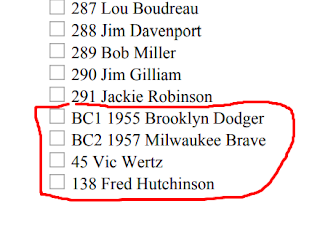 And I was stumped. I googled a bit and found that the BC1 and BC2 cards were 'bonus cards' of those two iconic 1950s teams. A few of the Google hits led to fellow bloggers' work so I probably should have been aware of them but I wasn't. A quick trip to eBay turned up several copies so adding them was easy.

They are 3 1/2" x 5" cards done in the same style as the rest of the set. I didn't find any info on how these were distributed but the Standard Catalog of Baseball Cards says they 'came with' the regular sets so I'll go with that. 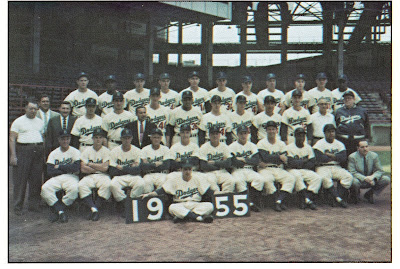 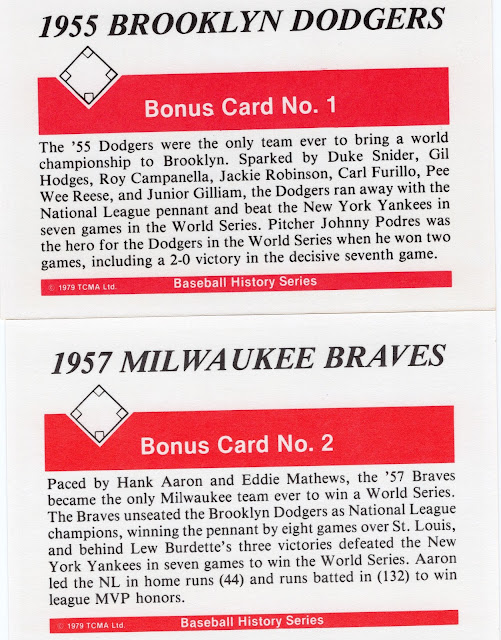 The scan of the backs reminds me that the set was officially called the Baseball History Series although the Stars of the 60s version doesn't carry that designation on the back nor do any of the other TCMA sets as far as I know.

Just for the sake of perspective here is the Dodger version again scanned with a regular Billy Pierce from the set.

The listing of the Wertz and Hutchinson cards at the end of the checklist, which I thought at first was some sort of mis-print, is for 'sample' cards. I went back to the dupes I'd culled out of my original large lot purchase and sure enough I had the Vic Wertz sample card. 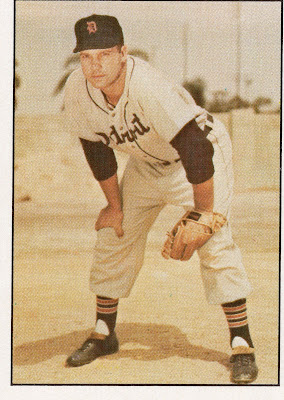 The front is the same but the back has no stats or write-up. 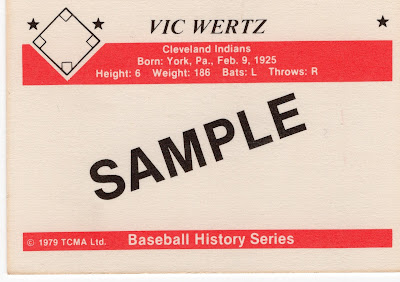 No such luck with the Fred Hutchinson version but SportsLots had one. As soon as it arrives I've got myself what I guess is now a master set of the TCMA Stars of the 50s.
Posted by Commishbob at 10:17 AM