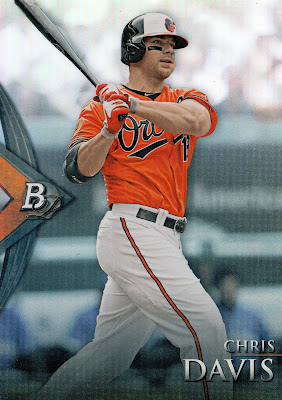 Joe Shlabotnik of the ever-entertaining Shlabotnik Report recently packed a manila envelope full of goodies and fired it my way. What he included hit a bunch of my collections so without any much further ado let's take a look. But first a note...I scanned about half of the contents of the envelope. I figured I'd show off a representative sample of the stuff Joe sent.

Joe mentioned that he'd been to a postcard show which stopped me in my tracks. A POSTCARD SHOW?!?! How have I remained unaware of these all this time? A quick search turned up a show calendar and what do you know? There is a Houston show scheduled for March. I'm all in.

I'm holding back one postcard because it ties in very well with a post I have scheduled for tomorrow. The one below is of the remarkable Teddy Roosevelt of course. 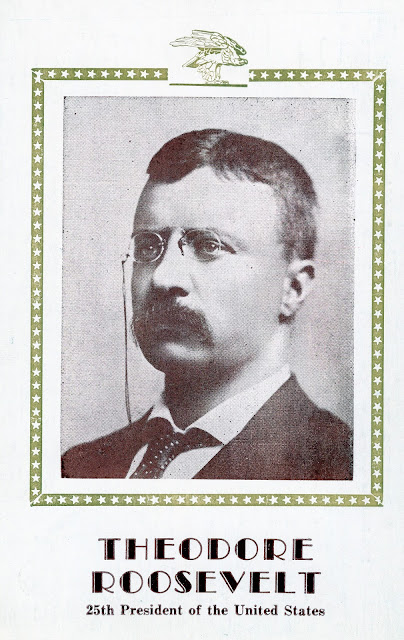 It's not from his lifetime but it's old enough that it predates the use of Zip Codes as you may be able to tell from the reverse side. 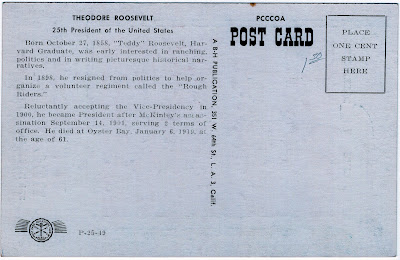 This next one is of the entire Roosevelt clan. 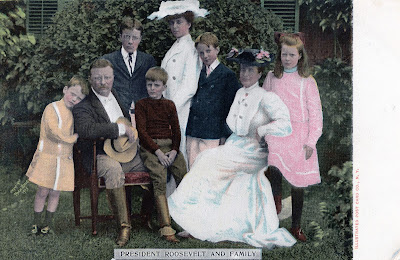 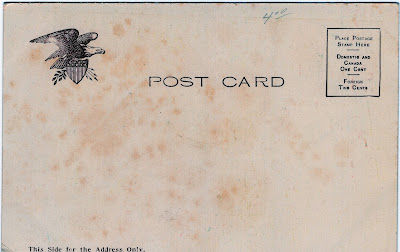 Check out the back...one cent postage 'Domestic and Canada'. Have you tried to send anything to Canada lately? What did we do to piss them off?  Nevermind, I think I know.

Hey, hey it's LBJ! I'm a member/supporter of the LBJ Museum in Austin. They have been sending me info for years on their terrific events. Every one of them seemed to be held on a weekday. Now I'm retired and work conflicts are no more. I'm gonna make some appearances up there. 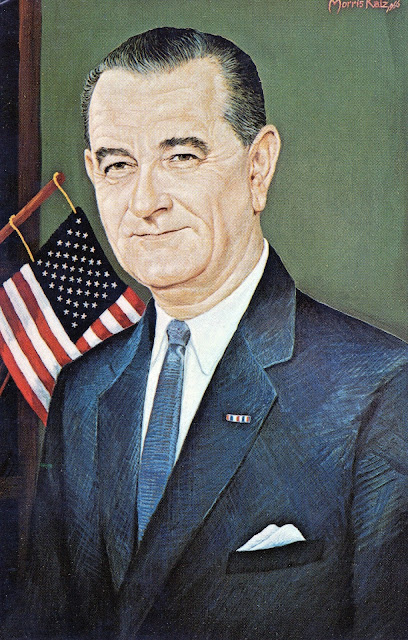 Of course Joe shoved a ton of Orioles cards into the envelope. Modern, vintage, foreign, shiny and on and on. The enigmatic Chris Davis kicked off the post with a nice reflective Bowman. The O's are committed to Davis for awhile...for better or worse.

These next cards are from the 90s. I knew that without checking the back even though I was nor real familiar with the sets. Gold foil, big script fonts...yup, the 90s.

This Jimmy Haynes is even a Laser cut thing. I have nothing like this in my collection. I see something this and I wish I had stuff like it when we were flipping cards at lunch time in the St Mary's School playground in Jersey in the 60s. It would have been like hurling ninja stars at a wall. 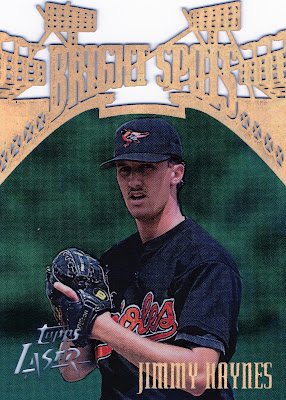 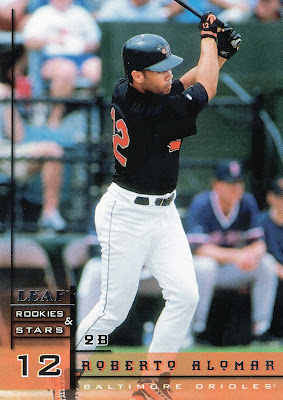 Here's a Pacific Eddie Murray. Is there anything in the hobby more 90s than Pacific? It's from his chunky period. You can divide his career up kind of like Elvis' into Skinny Eddie and Fat Eddie. Just don't tell him I said that. 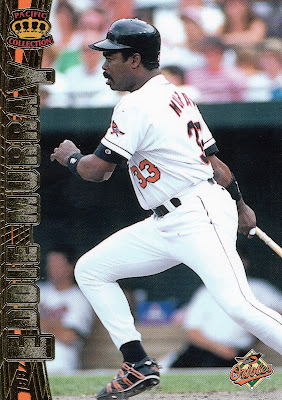 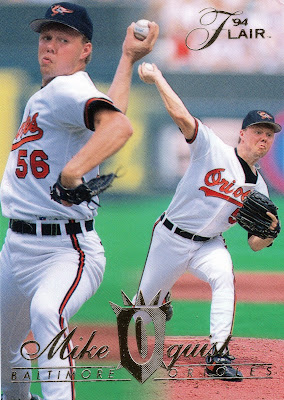 Leaf Studio cards...if they gave awards for the 'Set That Looks Best In A Binder' Studio makes the nomination list, at least. That sig is in gold despite how my scanner makes it look. 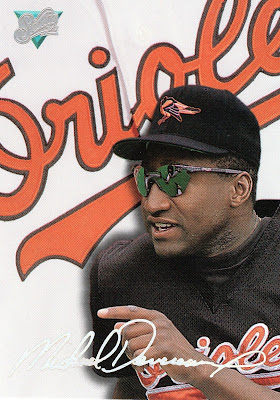 Alan Mills. Baseball needs two rules: 1) no more than two catcher visits to the mound per inning (call it the Brian McCann Rule) and nobody wears a number higher than 66. Just because. 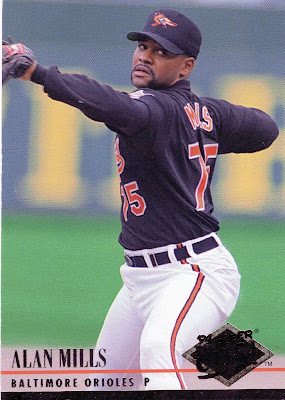 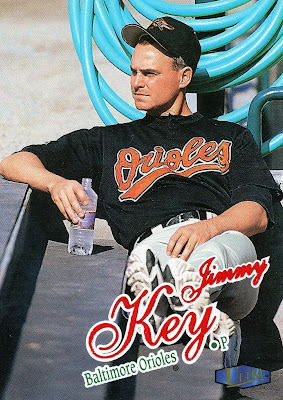 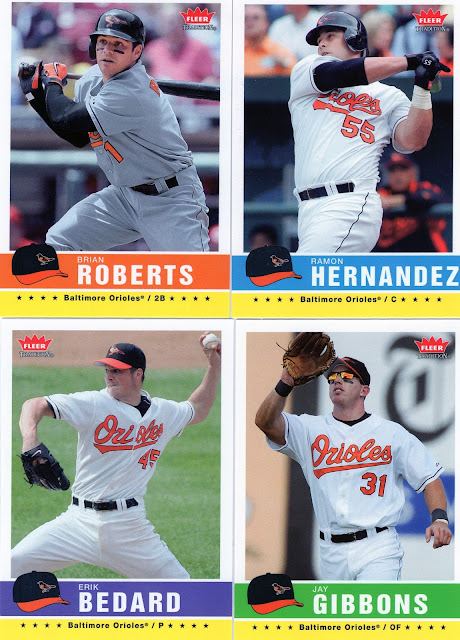 O-Pee-Chee Orioles! I have scattered examples of OPC Birds in my collection but these were all new to me. I prefer the OPC's that look just like the Topps versions but have the OPC logo/trademark. 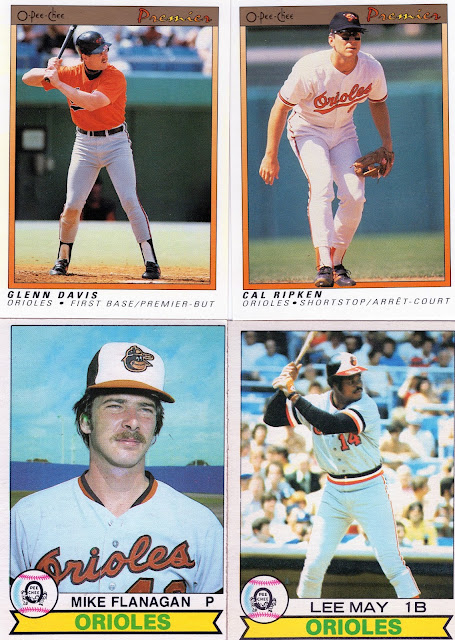 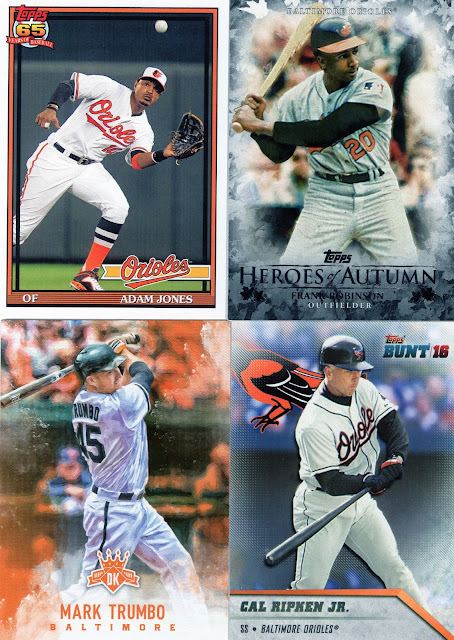 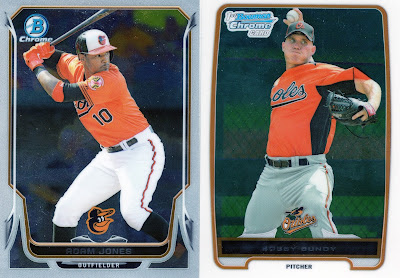 I always forget that Jones was a Mariner. Nice trade, Baltimore. 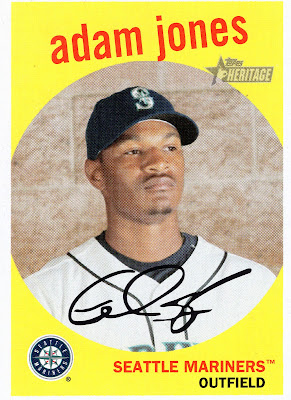 There were more Orioles cards from the above sets. And amazingly I think only one was a card I already owned.

Joe also remembered my Manchester United love and hit me with several cards of Red Devils including the great David de Gea. Lord knows where the Reds would be this EPL season without him. 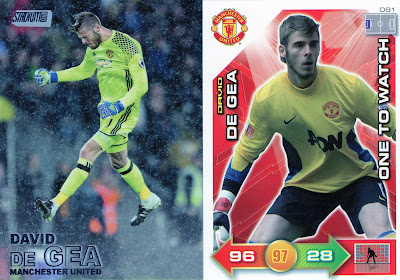 I have been to several Houston Dynamo games in previous seasons but I somehow missed this past year. But I do spend many Saturday morning with the Man U Supporters club watching EPL at a bar across the street from the Dynamo stadium a.k.a. The Orange Oven. 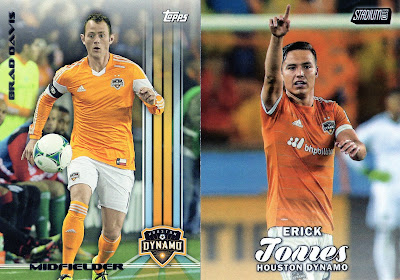 More de Gea. Do you ever wonder if anyone actually plays the games with these cards? 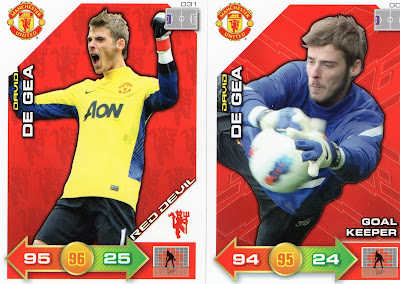 That was a cool shipment of cards, Joe. Many thanks! Oh, and here is the late,great Jimi Hendrix doing his classic 'Hey, Joe'. This one's for you.