Tales from the Card Show

OK, I really don't have any 'tales' of this past Saturday's hotel card show. I didn't even stay that long. But I did bring back a rather large piece of a set I've been working on (off and on) for a very long time...the Pete Maravich rookie from the 70/71 Topps hoops set. 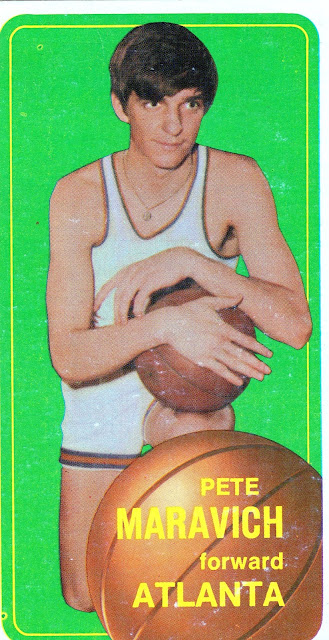 It's a weird and wonderful set, maybe the last set I bought from packs before college life took over and I put collecting on a back burner. I'm waiting on an Amazon delivery of the six pocket sheets these cards require. I'm going to finally get this one organized and make an attempt to finish it in 2018.

It's also one of those sets in which the backs are more interesting than the fronts. The Pistol gets a glowing write-up on this one to go along with his vitals, his college numbers (he averaged over 44 points a game at LSU) and a cartoon that mentions that his father (Press Maravich) was his college coach. 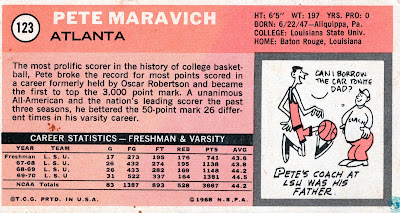 I never saw Pete play in person as a collegian but I had just started working for the UH Rec/IM department when LSU played in a holiday season tournament against the Cougars in the Astrodome in 1971/72. Press was still their coach but the Coogs prevailed.

Speaking of the University of Houston....I was thrilled to see Case Keenum's magical moment on Sunday. That last play TD pass to Stefon Diggs and the ensuing media attention is something Case richly deserves after a long uphill fight to grab a bit of NFL glory. He was overlooked coming out of high school (UH was his only offer), ignored by the Heisman voters despite his eye-popping stats, spurned by the NFL scouts ('too small, weak arm, system qb' etc)and undervalued by the teams he played for. He's a class guy who deserves every second in the spotlight.

Houston's first alum to play QB in the NFL was this guy, Bobby Clatterback who was drafted by the New York Football Giants in 1954. He was a 27th round pick! He muscled his way past a couple of much higher previous picks to win the back-up job in New York and played for several years before finishing with the AFL's LA Chargers in 1960.

I guess finding his 1955 Bowman in the dollar bin at the show on Saturday should have tipped me off that Case was destined for a memorable weekend. 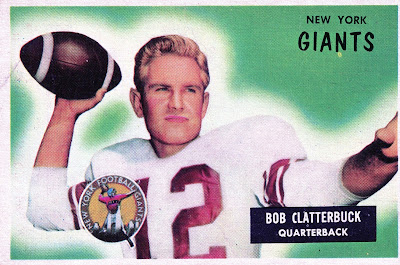 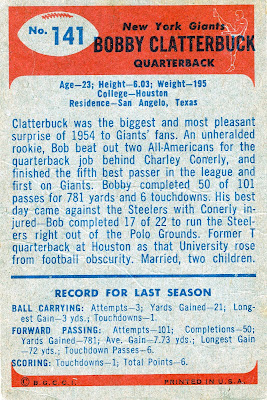 Almost all the hockey cards I add to my collection come through the generosity of fellow bloggers. But I managed to find a couple of Rangers in the bargain bins. Unless you were a Rangers fan in the 60s and early 70s it's hard to fathom just how popular Rod Gilbert was. 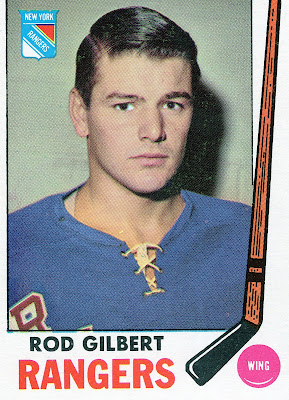 Jean Ratelle partnered with Gilbert and Vic Hatfield on a line known as the "GAG Line"...as in Goal A Game. When the Rangers traded him AND Brad Park to the Bruins for Phil Esposito I was beside myself. 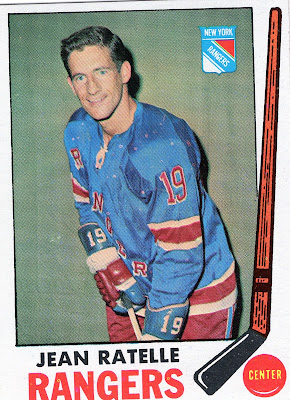 These cards are from the 1969/70 Topps set. That was my last year to live in hockey country. I don't remember the stamps that apparently were inserts and were supposed to be applied to the back of the cards. The Cardboard Connection site says this:

Any card that has a stamp attached to its back will be considered to be damaged.

To which I bull. Those stamps are awesome additions! 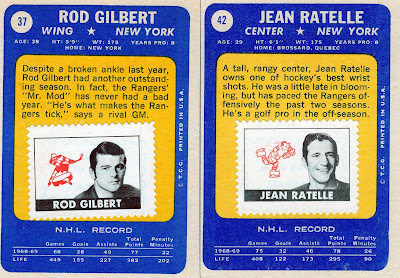 I grabbed a few other vintage cheapies as well. No specific reason other than I liked them and I knew that Darrell, the show promoter whose tables I haunt, would knock the price down to nearly nothing since I was buying the Maravich from him. 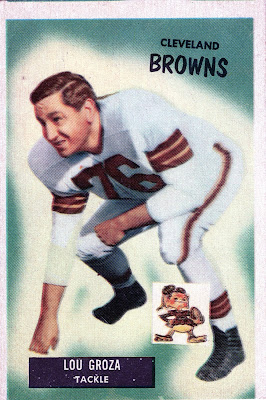 Of course Topps bought Bowman the following year and used the same pic on his '57 card. 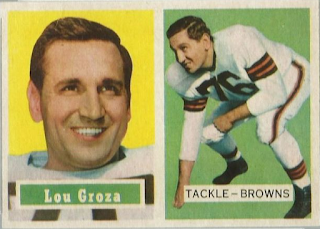 Chuck Bednarik was famous for being a two-way player. He was a center and linebacker for the Eagles and was the guy old farts always mentioned when they were comparing the 'toughness' of then-current players and those of days gone by. I once bought a large print of the famous Bednarik photo of him standing over a KO'd Frank Gifford and was intending to mail it to him for signing when he passed away in 2015. He was a prolific signer who famously would inscribe a few lines about the hit. Check out the video below the '56 Topps I bought. 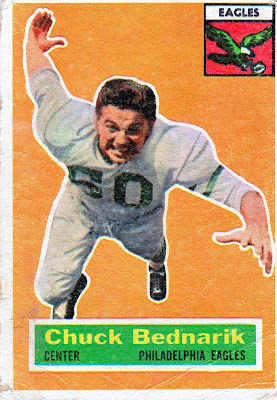 George Shaw's '56 Topps was one of several Colts cards I bought because they had a chance to be better than the ones in my All Time Colts collection binder. Shaw's card wasn't but one or two others were. 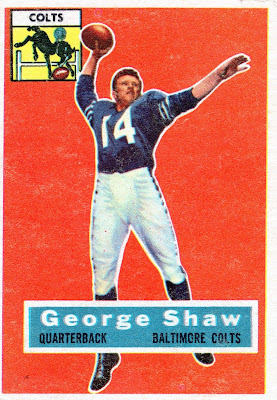 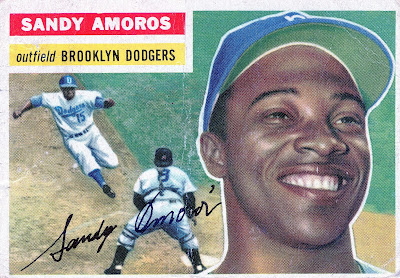 That's pretty much all I could do in my short visit. I grabbed a few cards for some other bloggers but Darrell seems to have rotated his oddball box off his tables which was a disappointment. He had some real gems in that thing in months past. I forgot to ask him about it.

The huge TriStar show blows through Houston next month. It's always fun to wander around a couple of hundred dealer tables of 'stuff'. Negotiating around the lines of folks waiting for the (seemingly) 4000 autograph signers..well that's a different story.