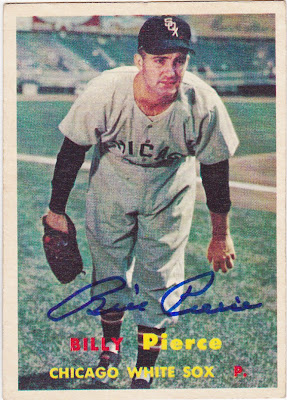 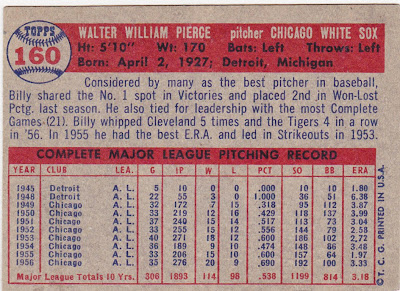 This 1957 Topps Billy Pierce is among my favorite vintage cards. The '57 is the last Topps set that I have no childhood memories of. Therefore it is kind of majical in my eyes. Does that make sense? Maybe someday I'll make a decision to chase the whole thing. I've got the Orioles including the Brooks Robinson rookie, the Frank Robinson rookie, most of the Dodgers including the Koufax and Drysdale, a couple of other special cards and maybe 35 commons and semi-stars. But completing it would be a big expense and I doubt seriously I will undertake it any time soon. It would be fun as hell, though.

Anyway, it's a cool picture of Pierce in a warm-up pose at Yankee Stadium and it's signed in his usual neat hand. The only thing that could make this a better card is if I had been able to get him to sign it in person.

This next one is a Pacific Legends something or other that I got off eBay not long ago. 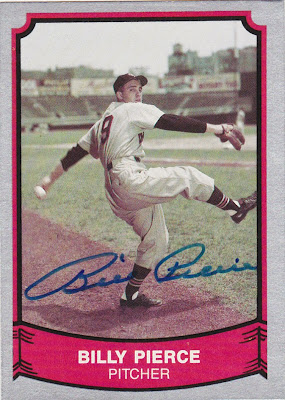 The picture is one that I think they used when casting the Pierce statue at Comiskey Park and was given away one night last season (or this season, I'm not sure). I've got one of those, too. 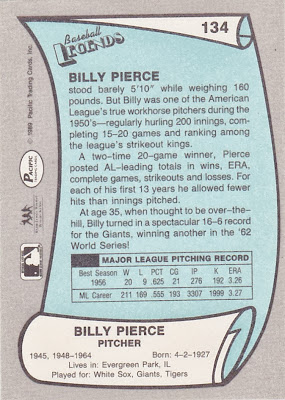 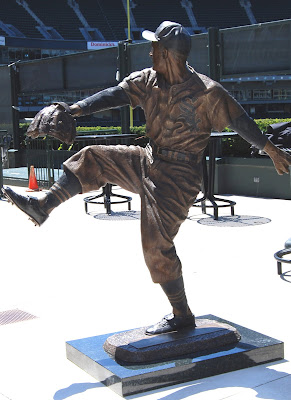 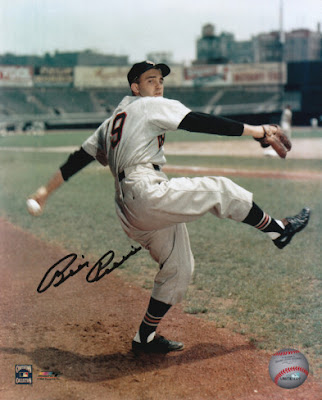