Am I the un-hippest guy in America? Alternate title: "I got Sandcastled!"

I made a rare trip into my local WalMart awhile back and decided that a trip down the card aisle would help keep my mind off the long lines and rampant stupidity in there.

I have seen enough 2013 baseball cards so I figured I'd get a pack of football. Afterall, training camps are open and I have been thinking that I need to get my fantasy league cranked up.

So I bought a pack of Score '13. First of all I thought the whole set was made up of cards in the '89 Score style. It looked that way to me from the box. 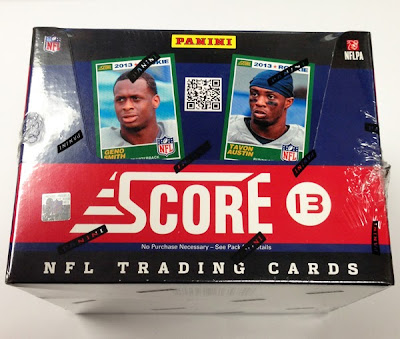 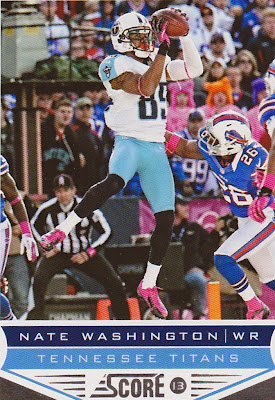 About three cards into the pack I was struck by these two, back-to-back: 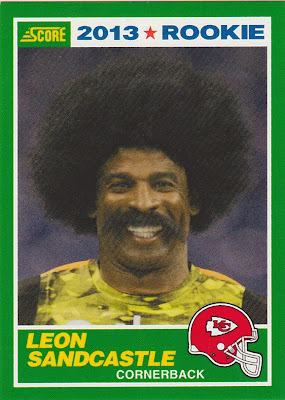 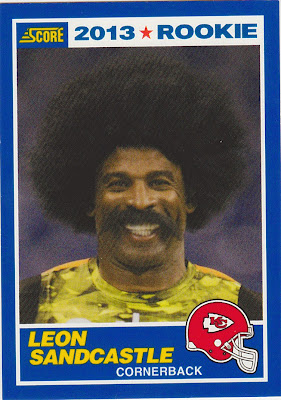 First thought: WTF?
Second thought: I got two versions of the same card in the same pack? What?
Third thought: This guy looks a lot like Richard Pryor!

Fourth thought: WTF?
Fifth thought: There is something goofy going on here. Then I turned it over and read the back.

Turns out, as I'm guessing everyone else was aware of, Leon Sandcastle is the creation of  Deion Sanders for some sort of NFL Network promo commercial that ran during the Super Bowl. Since I don't watch much of the SB commercials and once the blackout occurred I lost interest anyway, I guess I missed it. I actually get the NFL Network but I don't ever watch except when they run games and sometimes the shortened game replays they run during the season.

Here's the back of the Sandcastle cards. Of course the text gives the joke away, more or less. I like how Panini lets us know that "This design is a tribute to the iconic 1989 Score design." I mean I like it, it's why I bought the pack, but whatever. 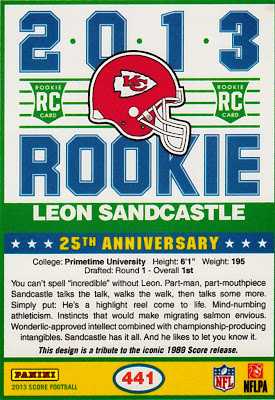 Here are some of the fronts and backs of some of the rest of the pack. They are OK, some pretty nice photos. But nothing about them makes me want to go back to WalMart right now. 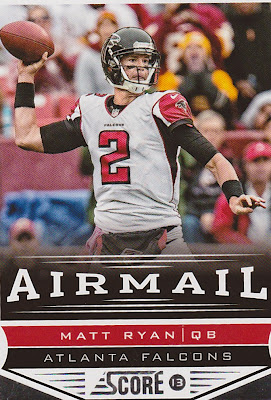 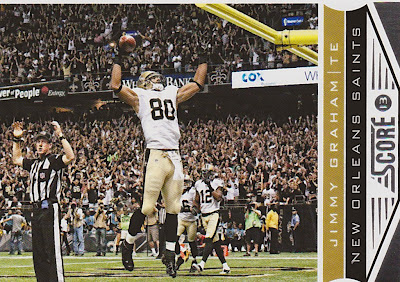 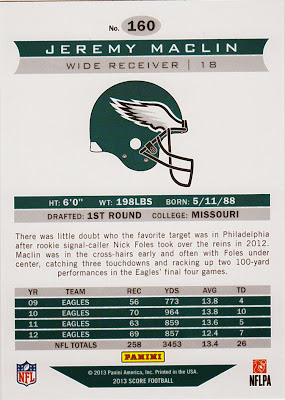 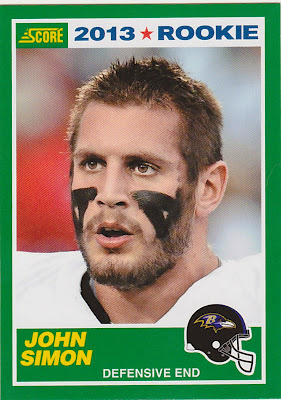 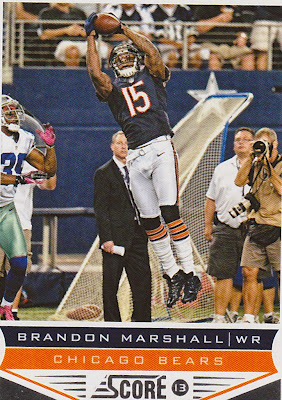