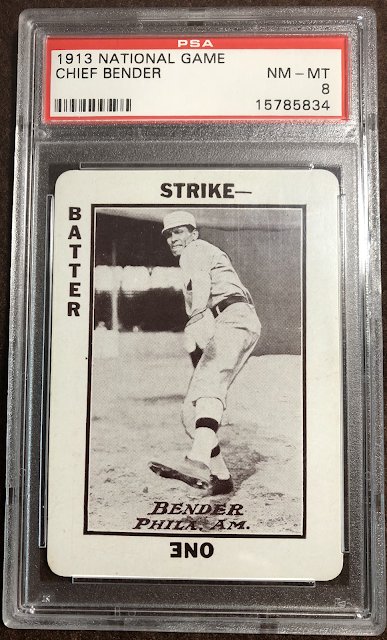 I'm so backlogged on new stuff that I don't know where to start. So how about here...with my latest Bender addition. This is from the 1913 National Game set. It's a great way to collect career-era cards of early Hall of Fame players at an affordable price.

As you can deduce these were issued in decks and because they had rounded corners many have avoided damage and can be found in nice condition. They are close cousins to the Tom Barker game cards issued at about the same time. Some great info and the impressive checklist can be found on Old Cardboard. 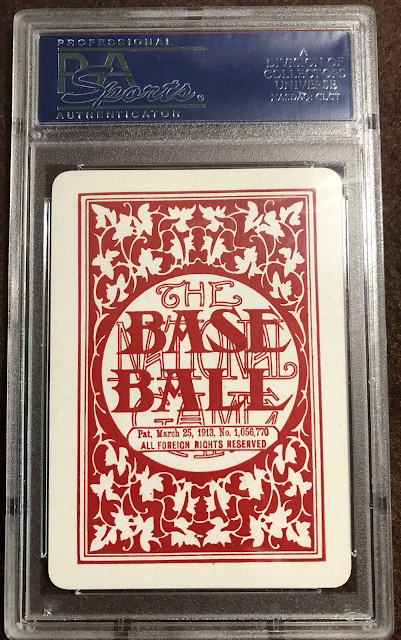 As much as I love the picture on the 'front' the back is pretty spectacular as well.

As I mentioned at the top I have a stack of stuff that's accumulated on my desk over the past month or so. Some need to be scanned while the rest, mostly graded pieces that my scanner punts on, get the camera phone treatment. I take lousy pictures but my scanner is even worse at capturing graded cards so I'm going with the lesser of two evils.
Posted by Commishbob at 3:27 PM