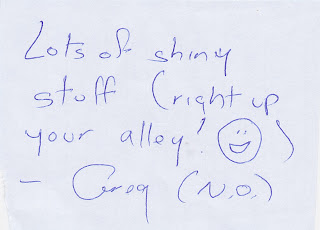 I've received two packages of shiny (and otherwise) Orioles cards in as many weeks. Blogger generosity makes me feel like the happy face guy that Night Owl added to his note accompanying these chrome-afied. Birds.

He was being cute with his reference to these babies being 'right up my alley' but the fact is that I always have a place for modern cards, especially Orioles.  Even with the sad state the franchise is in at the moment the Birds are still mine. 'For better or worse' as they say.  And speaking of worse.... 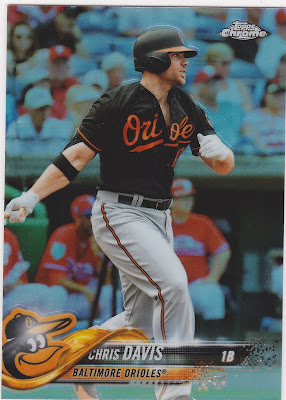 ..Chris Davis. He's hitting .174 as I type this which is a step up from the .140 range he was in for a long time. And his fancy stathead numbers are no better. That is too bad because I like Davis a lot. He seems to be a good guy, does a lot in the community. The team is stuck with a long-term deal with him so I can only hope he turns it around at some point.

I don't know what this 90s Pinnacle is other than what it claims to be...a 'sample. But it sure shouts 'I'm a 90s baseball card!' doesn't it? 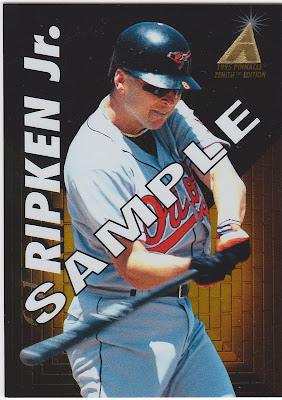 Every player should wear their pants like Tim Beckham. I'd prefer stirrups and black shoes but I'm an old fart. This card went immediately into my fantasy team binder. I love having variety in that thing. 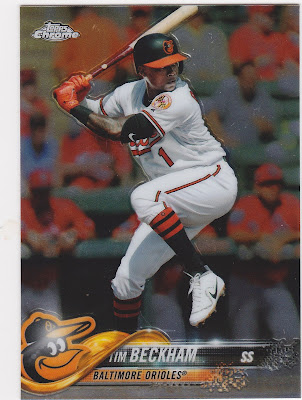 Stefan Crichton pitched in eight games for the Orioles in 2017, got absolutely annihilated in almost all of them, and was traded to the Dbacks this year who released him. Got himself a die-cut card though. 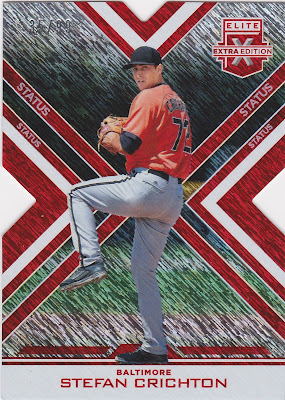 Another card of Crush. This thing looks almost 3D. The photo comes from a Friday game as that's when the Birds wear those jerseys. 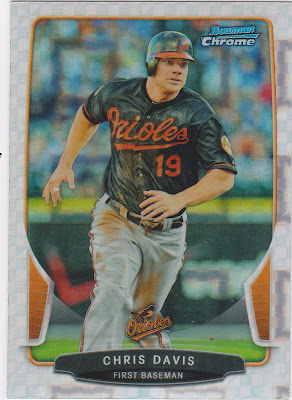 Dylan Bundy..perpetual prospective staff ace. His results in 2018...not good. But man, that card! 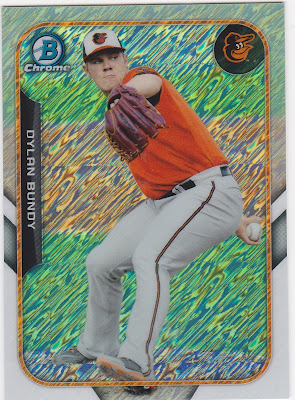 Mark Trumbo has had his moments with Baltimore. Not this year though. Opening Day is a Topps set I just don't understand. I sure like that card though. It's going to replace the one of Trumbo that currently sits in my FB binder. 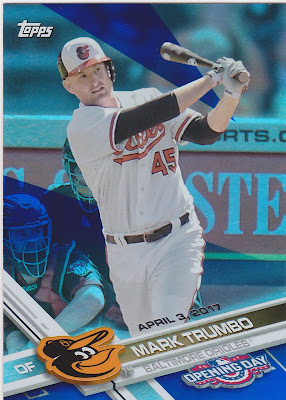 And Greg included some non-shiny cards. The best of which is this Heritage Ripken. Once someone pointed out the 'off center' names on these it became one of those 'I can't unsee it' things. I don't understand how Topps could screw up something so simple. Nevermind, I do understand...they don't really give a shit.

But having said that this is a really nice card. I make no secret of my affection for the '59 design. (and no apologies, either). 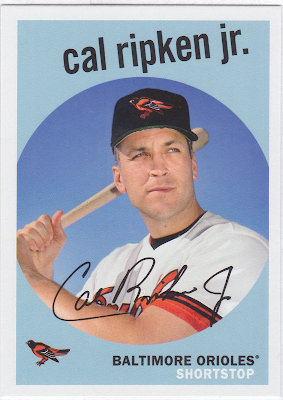 And for a 'back of the card' guy like me, this is pretty sweet. 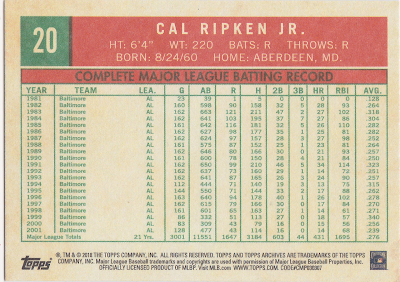 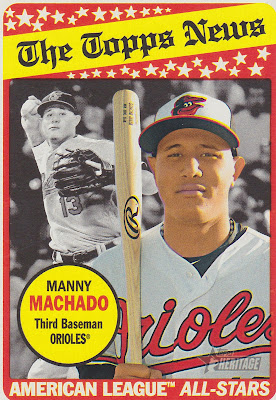 Bundy again. This one goes in the FB binder. I owned him for about 2 starts. 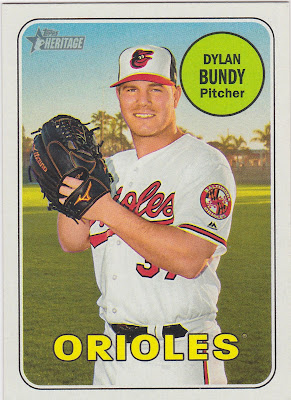 And Crush. I think Night Owl wanted him out of the house before the bad karma affected the Dodgers. 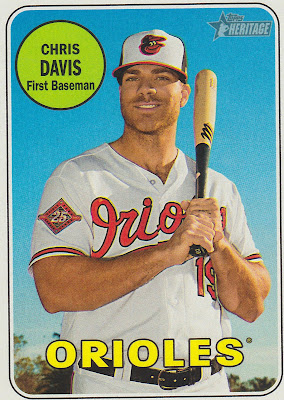 And finally.....miniiiis!!!!! I've determined that I will place every mini card I own in the plastic sheets I have for them. Otherwise they have a tendency to fall out of card stacks and end up on the floor under my desk joining the old penny sleeves and Fig Newton crumbs that already occupy that space. Can't have that. . 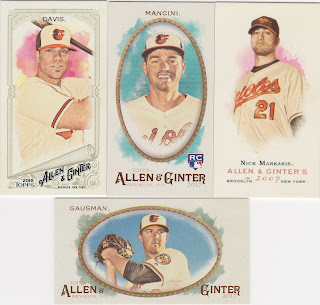 Thanks for the stack Greg. Much appreciated.

The next group, to be blogged soon, bears a striking resemblance to this one but has no overlap. Getting those scanned today I hope.
Posted by Commishbob at 10:21 AM