Johnny Unitas' Golden Arm Restaurant was a Baltimore hot spot in its heyday. I vaguely recall my one visit back in 1970 (I think). Mostly I remember being disappointed that Johnny U himself was not there to greet me, his biggest fan, at the door with a hearty handshake. Probably just as well since I would have likely fallen over flat on my face had it happened. In 1988 Johnny U sold the place he had founded with teammate Bobby Boyd.  And then, a victim of suburban grocery store expansion, it closed in 1994.

From time to time I seek out a menu from the place. But I never have much luck given that I am not going to bid very high on something that'll end up stuck among my Colts publications. And that's fine. One day one of the menus will fall through the eBay cracks and land in my lap.

What I have had luck with was finding a cocktail glass from the bar (since lost to a deadly fall from a closet shelf) and a couple of matchbook covers.

These two standard size covers both came as full books of matches way back when. But the covers fit better in a binder page so that's how they ended up.

The gold one is pretty fancy as befitting a joint with "Elegant Dining in a Relaxed Atmosphere". 😉

It's got that great posed 'action' shot of Unitas on the white 'Close Cover' panel.

This next one is relatively new. I found it in one of my 'John Unitas' searches and with it I learned that there was a 'Golden Arm' at the Orlando Sheraton near the airport there.

2018 marks the 50th anniversary of the restaurant's opening. There is a Facebook page dedicated to it. These pics came from that page. Since I've left Facebook in my rearview mirror I figure there isn't much they can do if I repost the photos here. 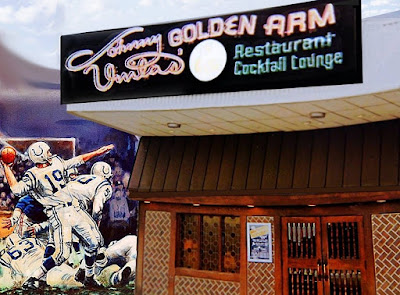 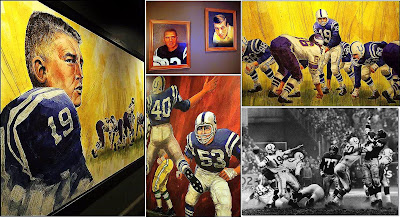 Here's a menu. I found a few archived reviews. They had good things to say about some of the seafood dishes. I recall having a burger but that may just be my imagination. I don't see one on the menu. 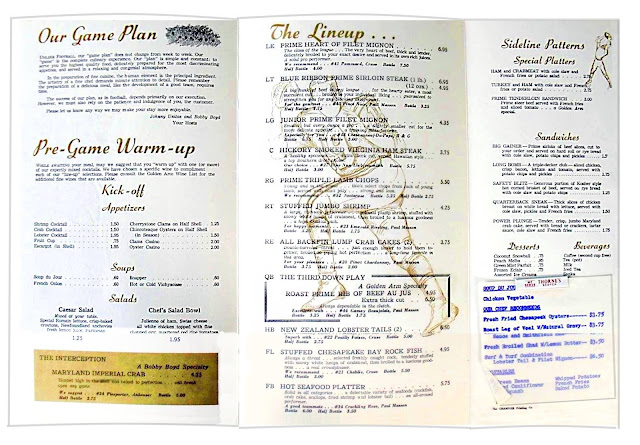 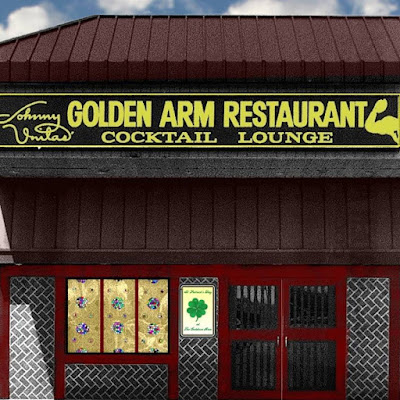 This next one is my favorite. Dig the plaid sports jacket that Frank Robinson is wearing. Men's fashion in the 70s was NOT a thing of beauty. 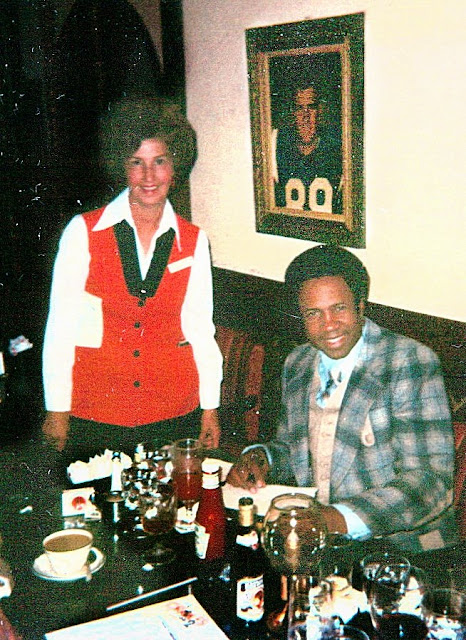 Posted by Commishbob at 2:43 PM