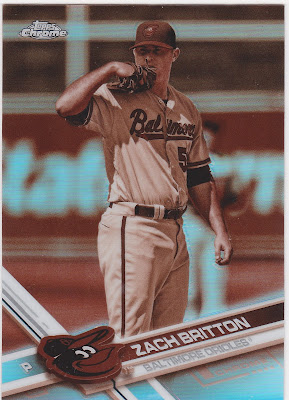 Not long after Night Owl's shiny contribution to my modern card collection arrived I received a similar gift from Jeff who authors 2x3 Heroes, another favorite blog of mine.

Like Greg's cards these will end up in a few different places..... my Orioles current favorites binder (and yes, I realize how silly that sounds given the current crew), my fantasy baseball binder (or the baseball 'live' box I keep of guys I may need for my fantasy binder)...or my O's Stars binder i.e: Murray, Brooks, etc.

We can start off with that Zach Britton card up top. I'm disappointed but not surprised that the scan doesn't really convey what it looks like in hand. It's sepia(?) or something and all chromified. I'm sure there is an actual name for it. I'll just say it's unique enough to boot the Britton I have now in my fantasy binder. EDIT: I pulled this back out to look it over and I see it's a 'chrome refractor'. As is one of the next pair. 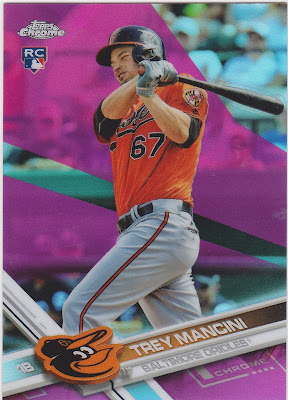 Above and below are two different Trey Mancini chrome cards. I confess to not knowing (or having forgotten) if Topps Chrome is a seperate set or a variation of the base set or what. But there are so many around that I'm guessing it's a stand-alone set. Either way Topps does crazy things with the coloring on these. 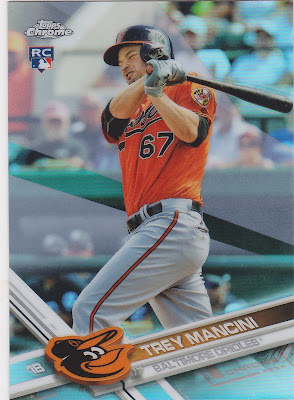 Hey, it's Manny Macado, Oriol Dodgers star! Somewhere along the line the number of Dodgers followers has surpassed the number of Brewers fans in my Twitter feed. (Getting all the Brewers tweets was odd in the first place but that's for another time.)

This Machado is a different sort of Chrome card. I swear I don't know how contemporary card collectors keep this stuff straight. The little shield indicates it's the 30th anniversary of the '87 design. Scanners just never give the full picture on these. Pun intended. 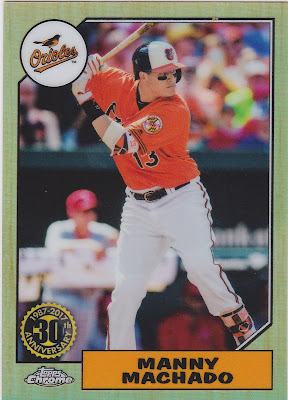 Jeff included a couple of Gypsy Queens, both destined for my newly re-organized stars binders.  Adam Jones' decision to nix a trade to the Phils and remain onboard the sinking ship that is the Orioles franchise shows either amazing loyalty or increadible stupidity. And Adam Jones isn't stupid. As I said about Machado recently...I hope AJ gets a ring before he hangs 'em up. And that's gonna take him moving on sooner rather than later. 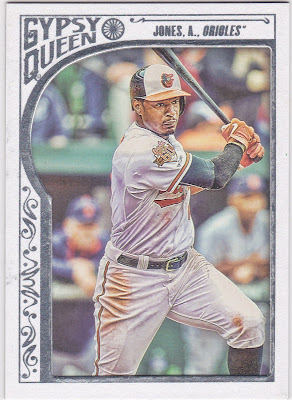 Topps loves to use the same picture over and over but with Eddie Murray I'm fine with this one. 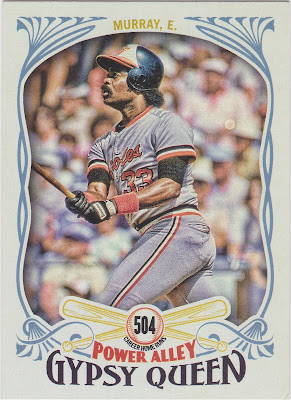 Big League Adam Jones. Other than my wishing that Topps had used the 'happy bird' logo on the Orioles I think this set a A-OK. 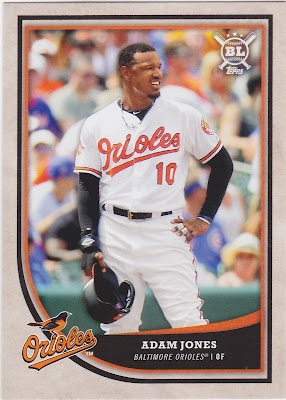 BL Manny wearing the MLB money grab Players Weekend uni. Dopey concept but it makes for a nice card in this case. 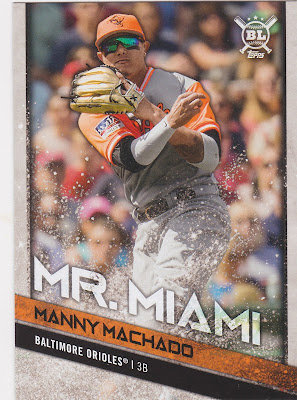 Oh Dylan. I get the feeling Bundy will head off to another team and pull a 'Jake Arrieta' by winning a zillion games and a Cy Young. 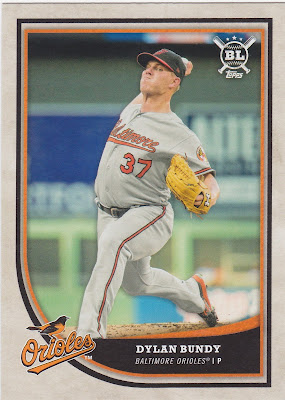 I got trey Mancinis in this package. ::groan:: 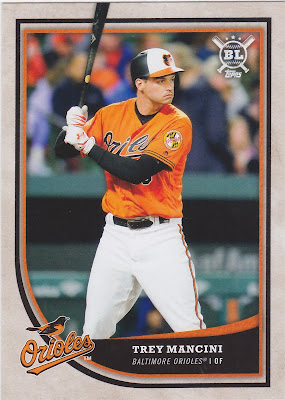 Mini AJ. This may be the only card I already had but seening how disorganized my minis are there's just no telling. Organizing my minis is way down on my hobby to-do list. 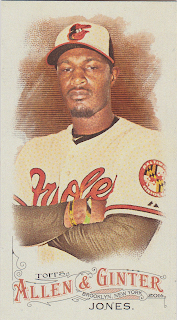 And finally a Topps regular Brian Matusz. His best days came before I was back into baseball.And they didn't last long. Here's an odd fact from Wikipedia: "Despite the fact he only appeared in one game for the Cubs during their 2016 World Series season, he was given a World Series ring." 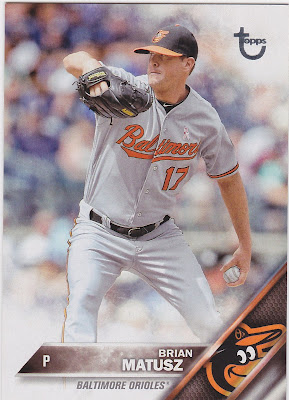 ANOTHER EDIT: I went back and pulled this one out again because I remembered wondering about it when I scanned it. It had a different 'feel' to it, not quite as glossy as most Topps base cards. And it felt thicker I think. Anyway it's numbered 81/91. And it has a foil Topps logo which I think is not on all their cards from 2016. That's all I know. 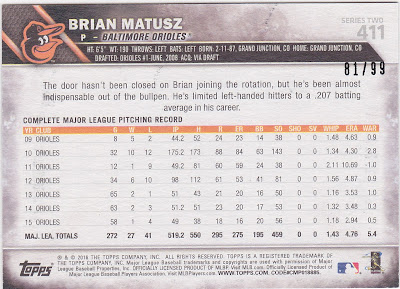 Big tip of the cap to Jeff for these babies. Nice adds for me and a bit of an education as a bonus!
Posted by Commishbob at 3:44 PM