The Beach Boys and Lea Michele at Dollar Tree??? 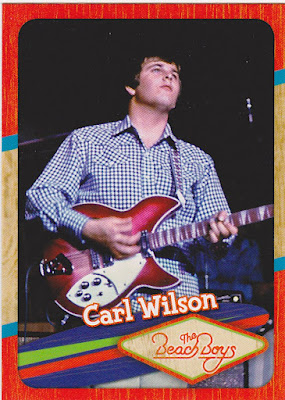 I made a stop at a Dollar Tree store not long ago and hit their card rack. I grabbed a handful of their '30 cards for a dollar' repacks and had fun opening them. But maybe just as much fun were the off-the-wall things they had kicking around in small plastic tubs off to the side. For a buck I had to pick up a few. I may or may not post the soccer and hoops packs but I for sure wanted to scan and post these.

First up...the Beach Boys? Yes America's 60s era surfing, singing stars. I was a big fan back in the day. I'm not much on listening to nostalgic music now but every once in awhile I'll flip my Sirius radio over to '60s on 6 for a day of  these guys, Martha Reeves and the Vandellas, the Dave Clark Five, etc.

These cards were about what you'd expect...an uneven mix of solo 'action' pictures, group shots and publicity stills turned into cards. 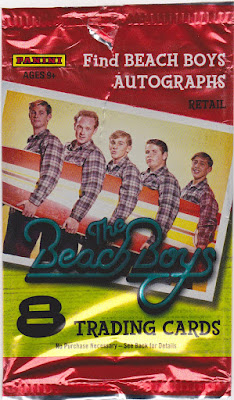 I wish I'd have gotten a card of the enigmatic BB founder and leader Brian Wilson. Growing up he always appeared to be a bit 'odd' from a distance. We never were aware of the issues he faced in his life. He was the driving force behind 'Pet Sounds', one of the great albums of all time. 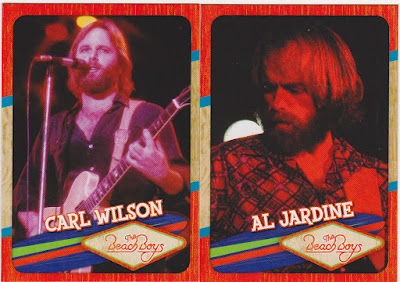 Not much to say about these. I didn't scan the backs (the print is tiny!) but they generally described the front picture. This one below is a shot from their early days as The Pendletones. 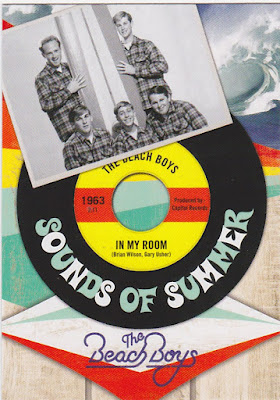 Without looking for a checklist I'm guessing there are cards for their hits and albums. 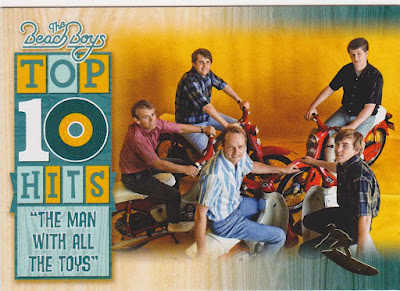 Kind of fun stuff for me as I'm familiar with the group but I'd bet the packs sit there at Dollar Tree for quite awhile. I don't see the patrons as a target market for these.

Another Panini product on the shelf was one that was more familiar to me...Americana. I'm pretty sure I have a few cards from prior releases but this is the first time I've come across the 2015 version. 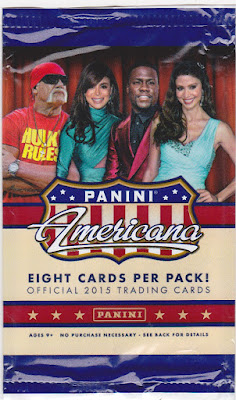 First card out of the pack and we have a winner! 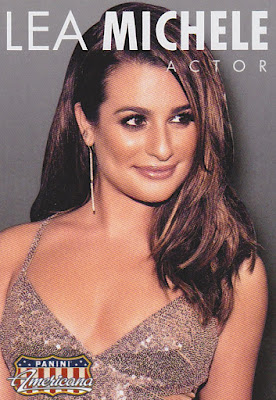 My wife always wondered why I'd sit and watch Glee with her from time to time. She probably thought it was an attempt to be a good husband. Let's let her keep believing that, shall we?

I also got cards of these two guys. 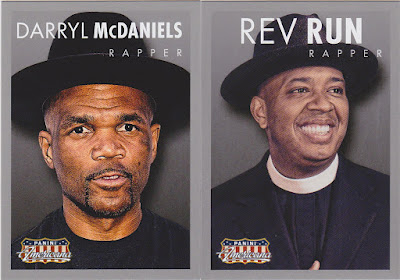 I'll plead guilty to the charge of being Hip Hop ignorant and admit I knew Run-DMC was a big deal but knew zip about them. I had no idea that the named was tied to these guys. 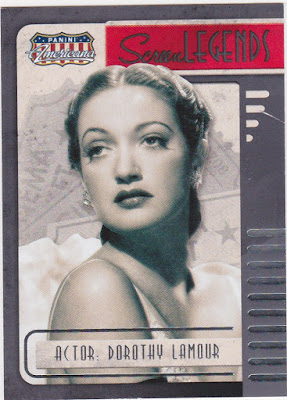 Dorothy Lamour...pretty hot movie starlet from the 30s and 40s.

The rest of the pack contained Erkel (Jaleel White...who knew?) and three other superfluous folks. 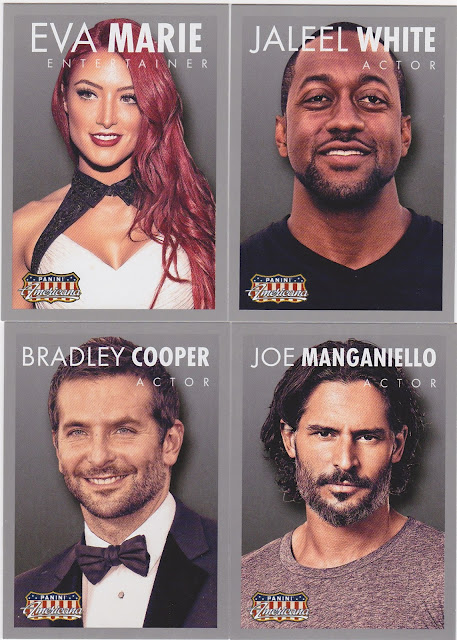 My new policy is that cheap stuff like this that I don't want goes in the trash. So Lea and Dorothy, welcome to the non-sports binder. The rest of you...Adios!

Speaking of adios...I also bought a pack of 2017 Score football. Turned out to be one of the worst packs of sports cards I ever remember opening. I couldn't be bothered scanning these individually. They are presented here for your disdain.

All in all I spent about $10 on the baseball repacks and assorted odds and ends in the Dollar Tree card display. I'm working on a post about the baseball cards. those were more fun than these.

Posted by Commishbob at 7:48 AM