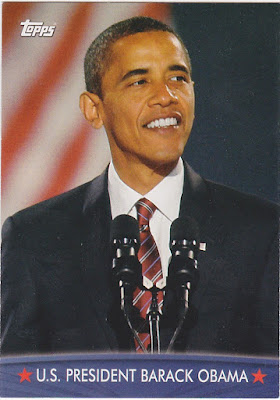 Recently I picked up this 90 card set put out by Topps in 2008. I'm not sure what else was available along with these base cards. I think it might have been stickers. I also have a similar 2009 set which was supposed to come with a 'gold' coin. I didn't get mine but that's a long, dull story.

Anyway this is a pretty high quality set. The cards span Barack Obama's life up to and including his 2008 inauguration. 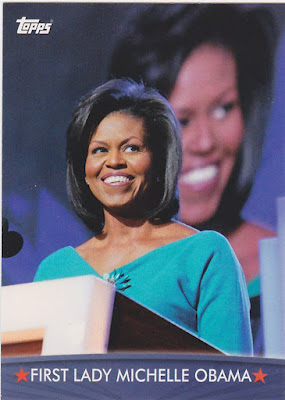 Of course there are family shots. 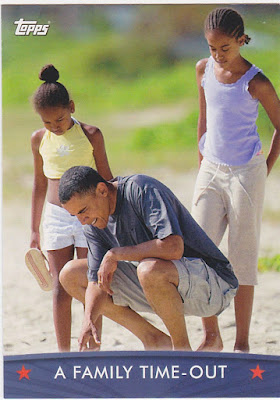 Lots of cards cover the '08 primaries and the presidential campaign. 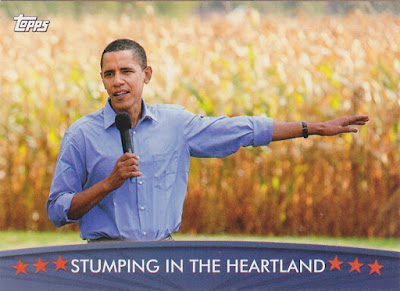 The backs had a wall of text and a photo related to the subject but not necessarily from the same event depicted on the front. 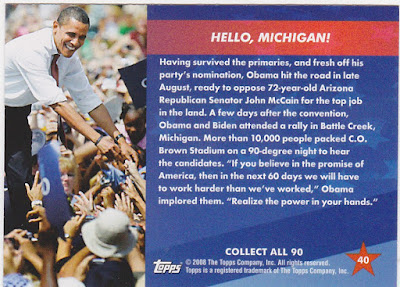 And of course my main man, Joe Biden makes a few appearances. 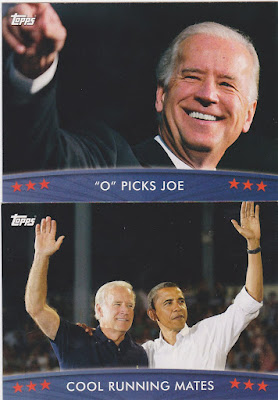 The Presidential Debates in '08 featured a couple of decent men with civil disagreements who both got a bit salty at times. Oh, the good old days. (That's not political, is it?) 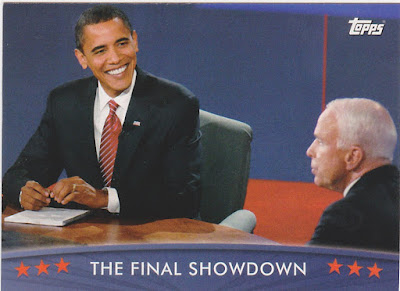 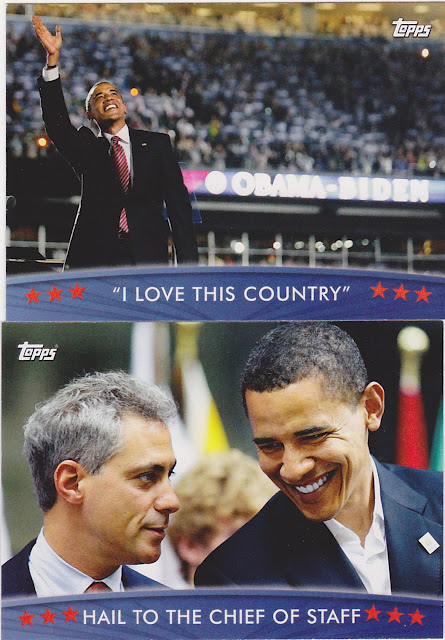 That's President Obama's first Chief of Staff and current Chicago Mayor Rahm Emanuel. I got a signed picture of him after he was the commencement speaker at my daughter's graduation ceremony at Sarah Lawrence College in 2009. He's an '81 SLC alum. 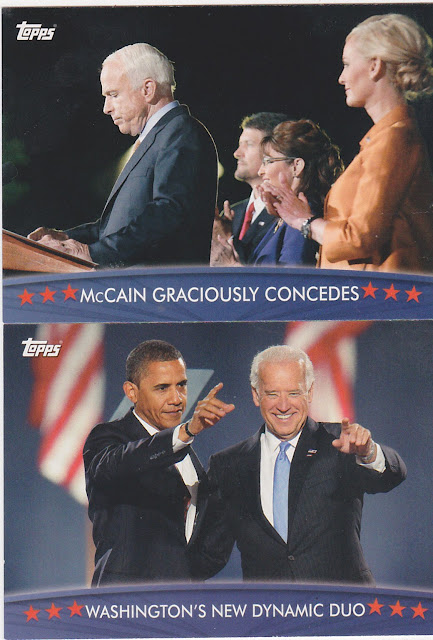 Key players in the '08 election. 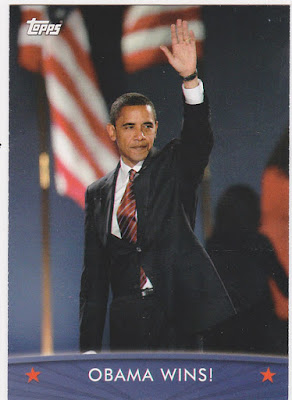 This last card is the front of the checklist. 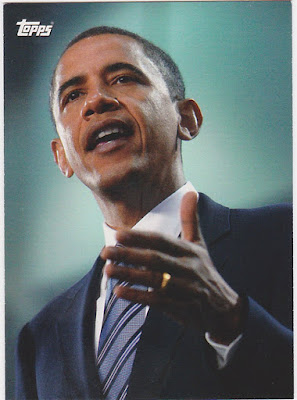 The checklist itself is about as hard to read in hand as it is in this scan. 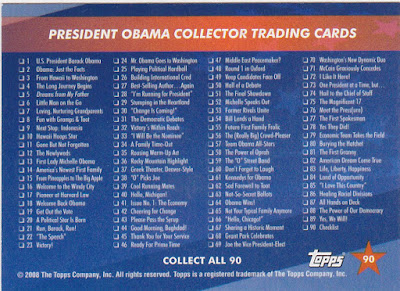 Somewhere, somehow I'd love to pick up an Obama signature. maybe on a card but anything would be cool.
Posted by Commishbob at 2:00 PM