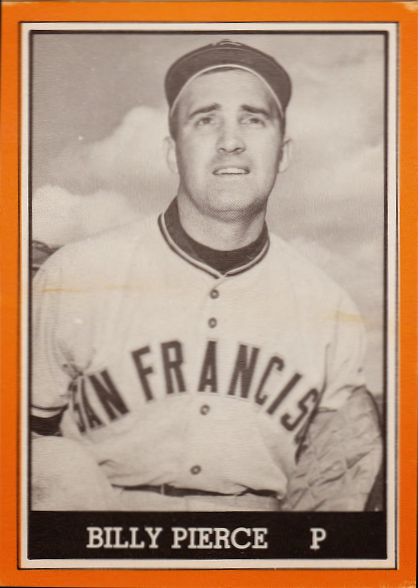 It's just a coincidence that today I'm posting a Billy Pierce item that features him as a SF Giant. This card comes from the 1981 TCMA set that celebrates the '62 Giants club. That team won the National League title by taking the Dodgers two games to one in a playoff series made necessary when the two clubs tied for first place during the regular season.

Billy Pierce drew the start in Game One at Candlestick Park on Monday, October 1. He rose to the occasion and held the Dodgers to three hits for an 8-0 win. He returned to the mound in the deciding Game Three and pitched a perfect bottom of the ninth to get the save in the Giants come-from-behind 6-4 win.

Pierce also pitched well in the World Series against the Yankees. Though the Yanks took the title in seven games Pierce made two good starts going 1-1 while allowing only 8 hits in 15 innings. 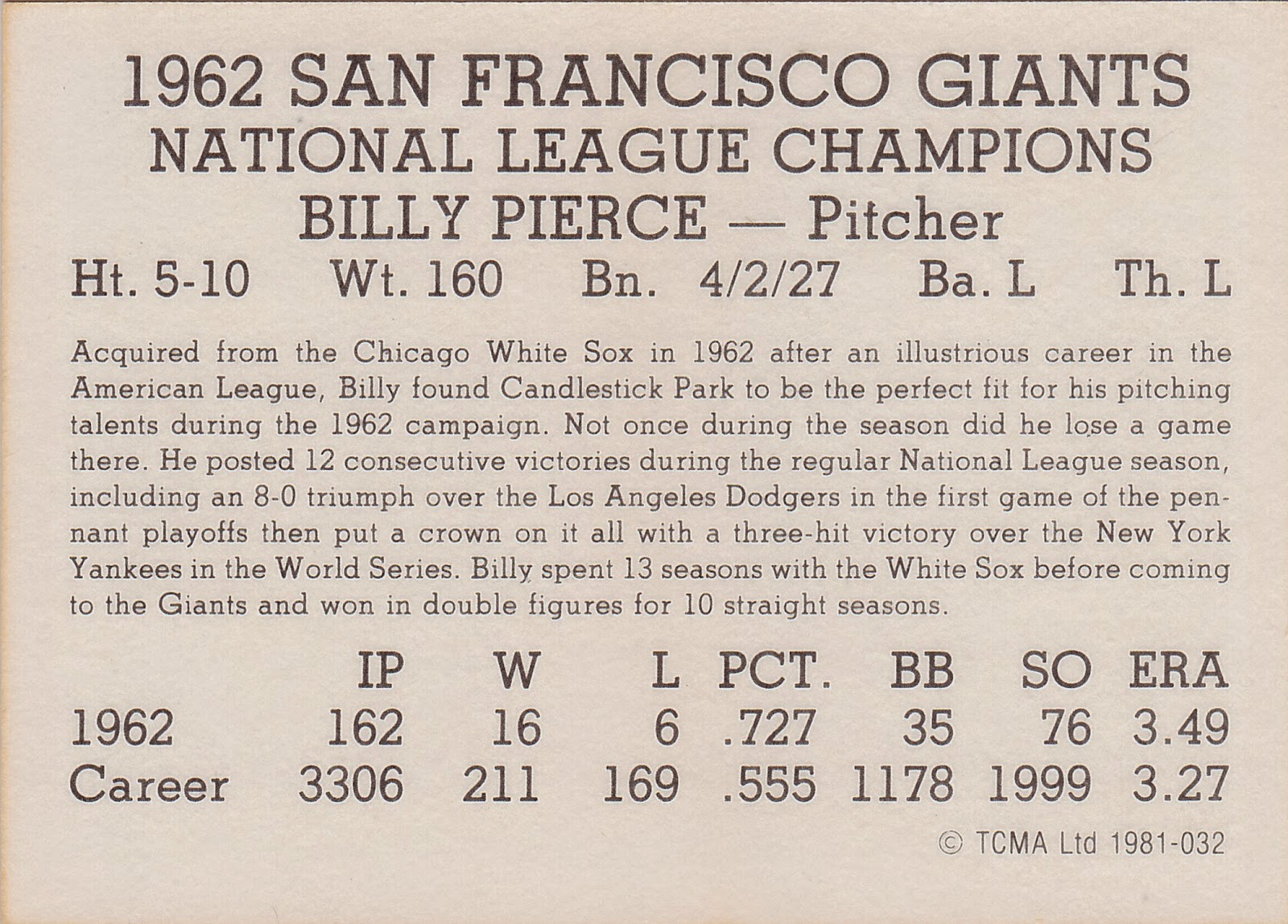 The TCMA set contains 25 cards or so but I was only interested in the Pierce. I had looked for it for quite awhile but I finally gave in and picked up the set. I may have to pass it on to a deserving Giants' fan.
Posted by Commishbob at 4:30 AM