In my Net54 grabbag was a stack of Beatles cards. They come from three of the SIX Beatles sets released by Topps in 1964. Yup, six Beatles sets, or about 1/20th of the number of baseball sets they will pump out in 2019.

I wish that these from my oddball lot had all come from one set. That way I could have something of a headstart on collecting one specific set. But no matter. For now, I just have my small collection all mixed up in a few binder pages. 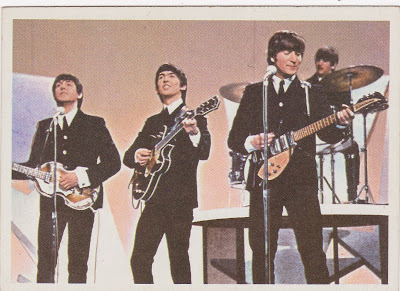 First up is a fun card from the 1964 Beatles Diary set. The text on the back doesn't correspond with the photo. That comes from one of their Ed Sullivan show appearances. Speaking of which...if any show has ever claimed (and I'm sure they have) to have had a higher percentage of the country tuned in than Sullivan's Beatles shows, I call bullshit. 😉 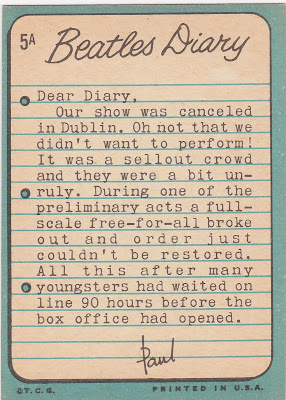 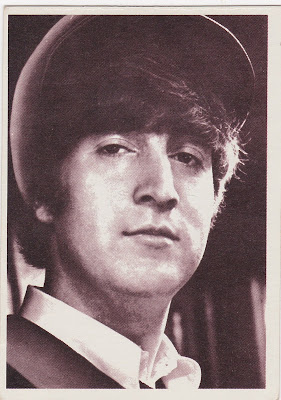 I will never forget going to the Franklin Theater in my hometown to see the debut of A Hard Day's Night. It was lunacy. Girls screaming, crying and in general just carrying on. I could understand had it been a live show but it was a movie. Anyway, Topps made a set out of publicity stills, the 1964 Beatles Movie "A Hard Day's Night" cards. 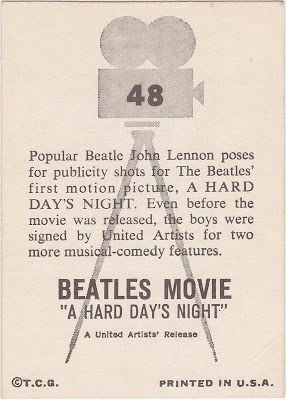 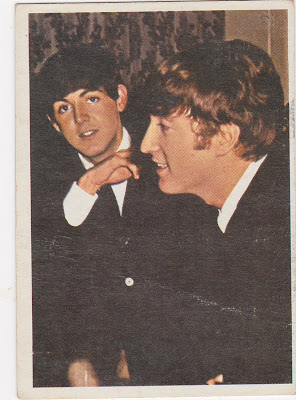 Lennon and McCartney. Lennon vs. McCartney. Always good for a schoolyard debate. For the record, I was a Lennon guy. 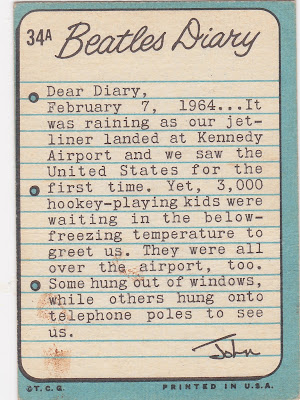 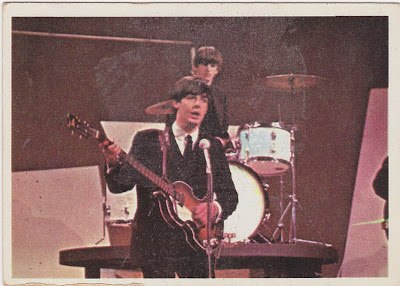 Here is a card from a set I remember. The 1964 Beatles Color cards. Another Ed Sullivan Show shot. 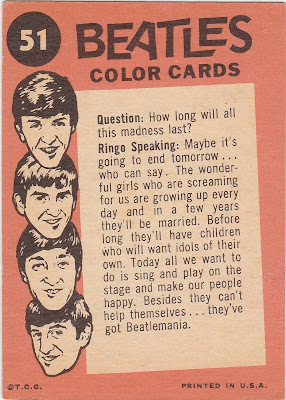 Here are the rest. Not much to add other than the fact that these cards made the package more fun. The Boys. TV and radio always referred to them as 'The Boys'. 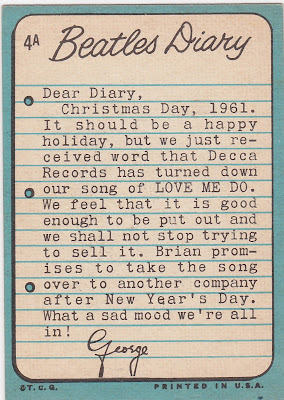 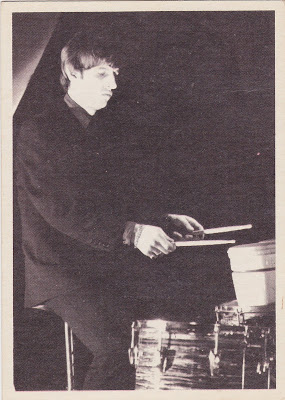 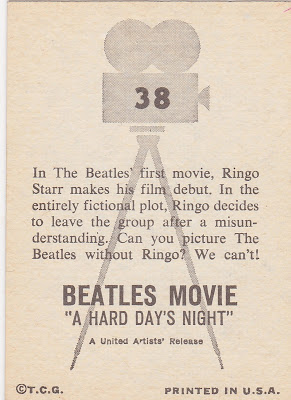 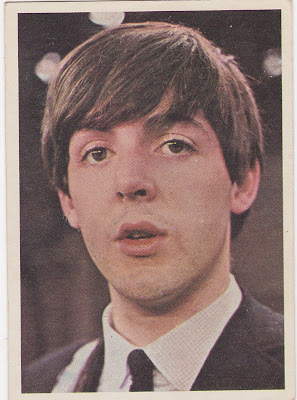 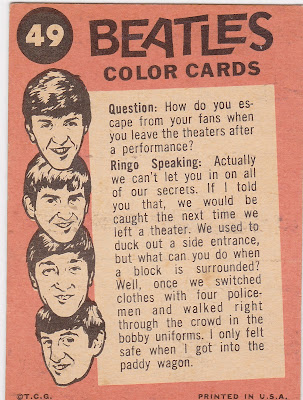