I bought the Chief Bender card out of the 1975-76 Great Plains Greats set a month or so ago at one of the hotel card shows. Oddball sets can be fun and I got curious about the set and dug around online. I found a "complete" set cheap and bought it on a whim. It's full of Hall of Fame players and other big names. All the pics used are black and white. 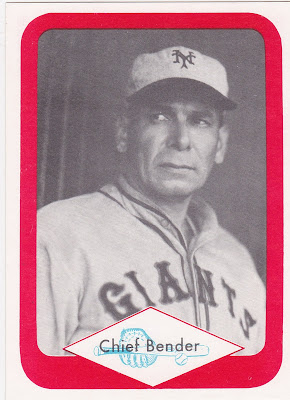 The seller (and a lot of other online sellers) list the set at 24 cards. But that's not technically correct. Hence the quotation marks around 'complete' in the first paragraph.

But first here is a look at some of the cards that I received. They come in groups of eight with each group in a different color, both front, and back. The artwork that is printed behind the players' name is different for each color as well. 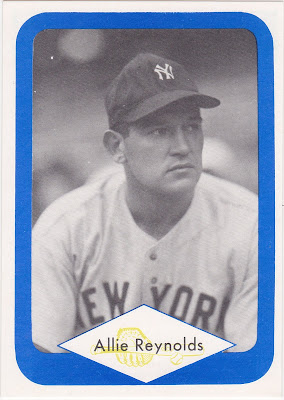 The Allie Reynolds and Bob Feller appear to be different shades of blue but I think that's just a quirk of the printing process. 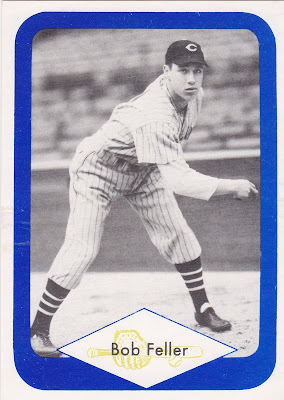 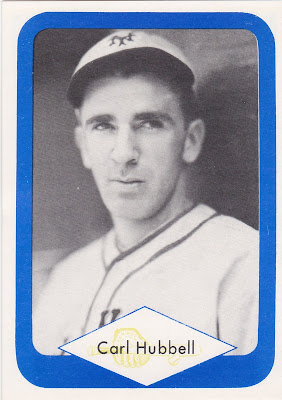 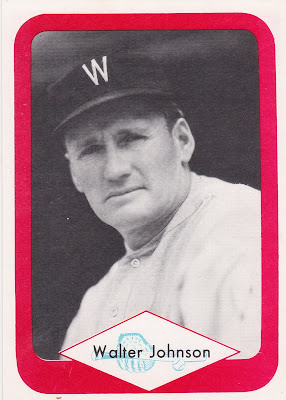 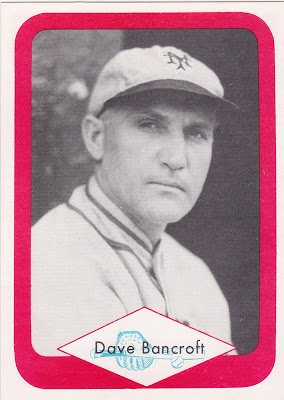 The green group has three of my favorite photos in it. Yogi, Cool Papa Bell, and Roger Maris. 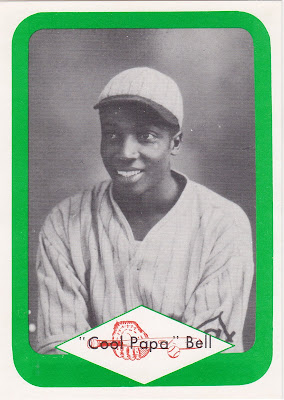 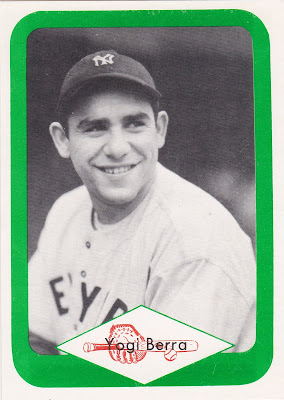 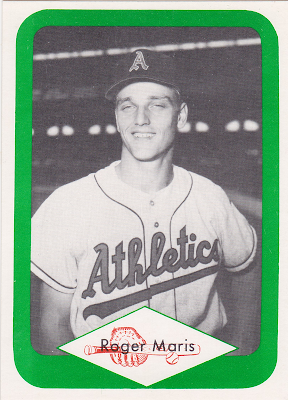 The backs have a few brief essentials and a write-up, brief stats and an ad for the set's sponsor, Sheraton Hotels. Each color group has a different Sheraton. The back colors are a variation of the fronts..the red cards have purple-ish reverse accents. 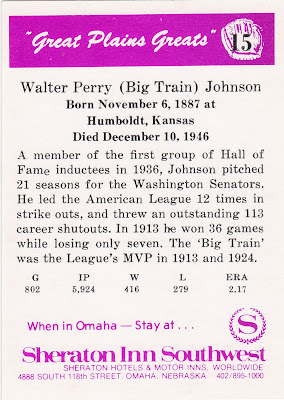 Green fronts got a darker shade on the back... 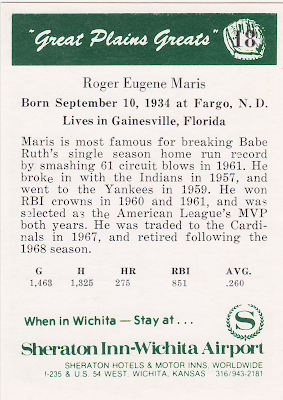 Blue fronts got a lighter shade... 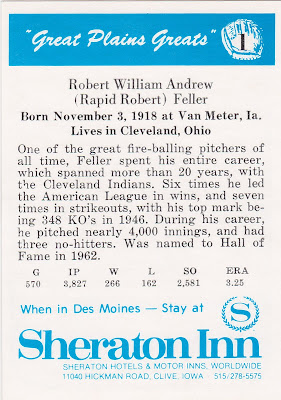 One eBay seller says the cards were distributed mostly in Iowa. But the Sheraton hotels listed in the ads were in Omaha, Nebraska and Wichita, Kansas, so who knows? These cards are larger than standard modern cards which will make storing them a problem. They are only a whisper wider than the pre-57 cards from Topps so I may try using the 8-pocket pages. Here's one with a standard card for comparison. 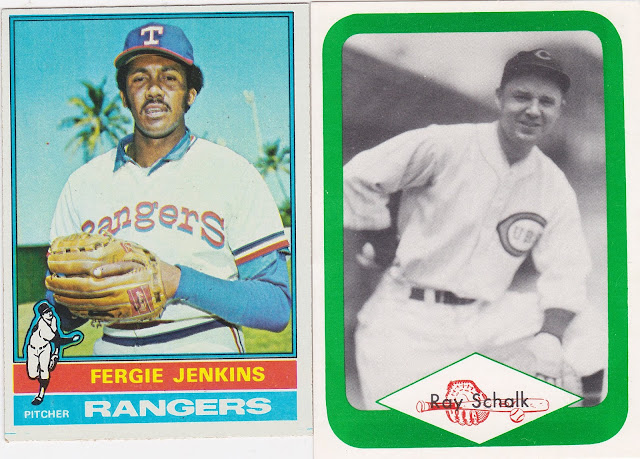 I mentioned that sets are usually listed as complete at 24 but there were two groups of nine cards each that were also distributed which brings the total to 42 players. The additional 18 cards were not Sheraton sponsored but carry an ad for NU SASH windows, a company that now seems to be active across the MidWest.

There are also some that I have found with a promo blurb for the Great Plains Sports Collectors Association. I can't find any reference to that group now and I'm also unsure of which cards carried the back promoting it. I'm fairly certain it was the last two (highest numbered) groups but that's just a guess. That grouping also contains the Mickey Mantle card. I might dig around on eBay and COMC and try to puzzle it all out but I'm not sure it's a big deal.

Here is the 42 card checklist. I've coded them in the colors that are found on the front.

There are also two unnumbered checklists that cover only the #s 1-24. They can be found in either red or blue.

Here (scan from TCD) is what the checklists look like. The back had a 'Buy the set' coupon: 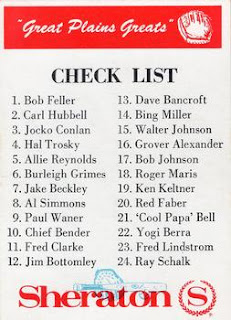 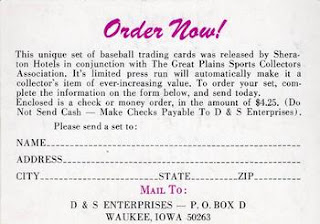 And from COMC and The Trading Card Database comes scans for the alternate(?) backs. I found a couple with the club promo... 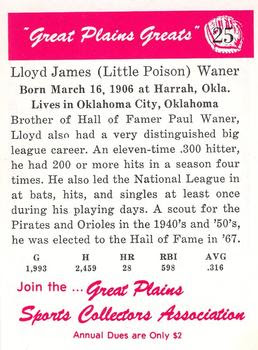 ....but mostly I see them with the NU SASH advertising back. 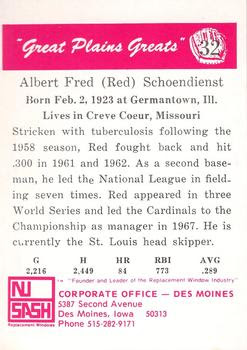