"Buy the Card, Not the Holder"

Spend any amount of time on one of the card collectors forums and before too long you're likely to see the phrase I used as the title of this post.

"Buy the Card, Not the Holder" refers to purchasing graded cards and means just that...if you like how a card looks, and it's at a price that works, the hell with the grade it received. Here is an example using a card that brought me closer to finishing the '61 set.

The Ernie Banks All-Star card isn't cheap. I was able to pick this one up at a great price: 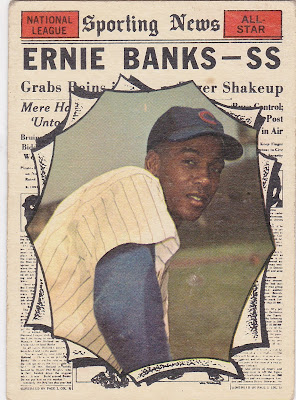 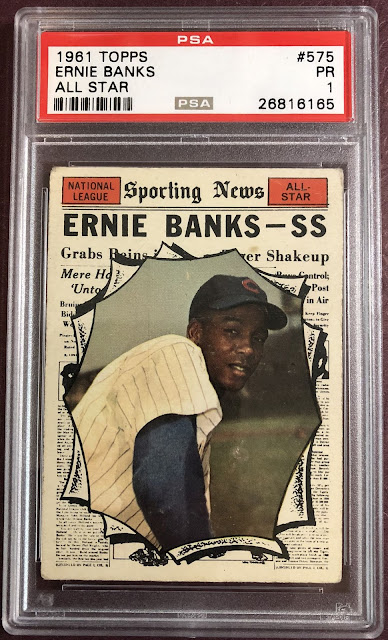 EDIT...Adding a shot of the reverse in the holder: 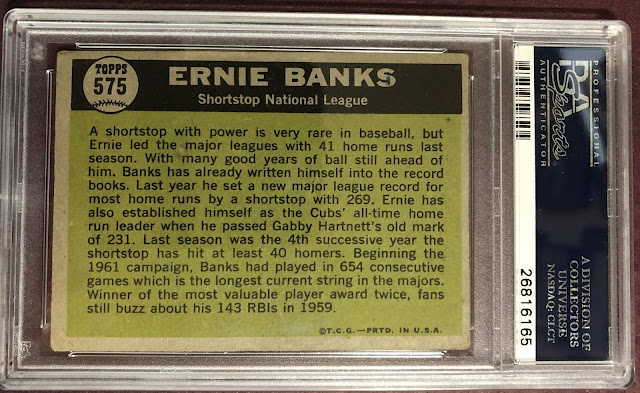 It looks better than that to me but then again, I don't grade cards for a living. In any case, Ernie is out of the plastic and in the binder. I'm  down to just these seven five cards:

I'm going to go up to a big show in the Dallas area in April and hope to polish this thing off.
Posted by Commishbob at 4:35 PM