My 1971 set build has been a 'stealthy' one. I don't think I've posted anything about it on here other than putting my want list over in the sidebar. Over the last month, I've been knocking down some of the base cards and dipping my toe in the high number water.

I wasn't collecting this set in '71. I had gotten my fill of commuting across Houston to college classes and I was a dorm resident at this point. I was working at the Houston Post and had a couple of part-time campus jobs that helped with room and board. I was still heavily involved in sports (I worked for the Athletic Department and I certainly followed my favorite teams), but life was coming at me pretty fast and collecting wasn't a focus anymore.

I think I remember seeing this set when it was on the shelves but I'm sure I never owned any. And that's too bad because I've come to really enjoy it. It's certainly unique. The colors and photos pop off the black cards. There are plenty of stars in the checklist and my Orioles were coming off their 1970 title so the whole thing is right in my wheelhouse. That's the good part.

The bad parts are pretty well known among vintage collectors. A high number series with SPs and even a semi-high number series make this thing a bit more costly than you'd expect. And there are 752 cards to collect. But the killer is the black borders and how hard it is to find really nice cards that are not chipped and dinged. The little flaws that are inherent in most raw vintage cards just jump out at you in the '71 set.

Which makes me glad I'm not very concerned about card condition. I have a target in mind when I buy these things and it splits the difference between these two gems: 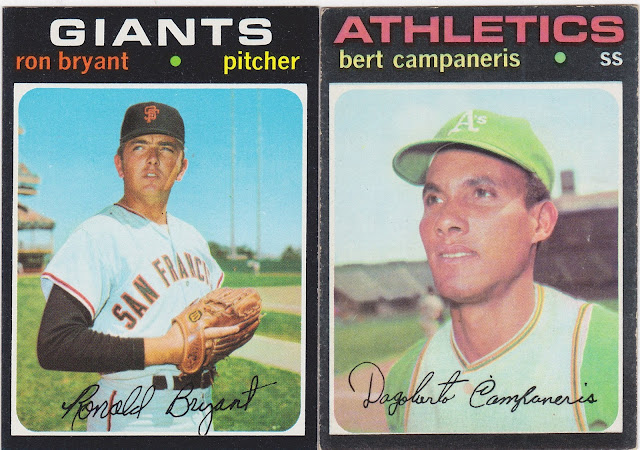 The Ron Bryant card is about as good a card as I can find in the stack that currently sits on my desk. The Campaneris represents to the low side. These two came from either COMC, the TriStar show, eBay or the last three hotel shows. LOL, I can't remember. I've really ramped up my purchases lately and I grabbed these things from a lot of different places.

I may take this Dierker to the next SABR meeting I attend. He's a semi-regular attendee. I sat across the table from him at my first meeting a few years ago. I always have a few signed cards in my sets and to get one signed in person is the best way. He's got what I first thought was a golf shirt on under his jersey. But I think it's just one of those windbreakers with cut off sleeves. 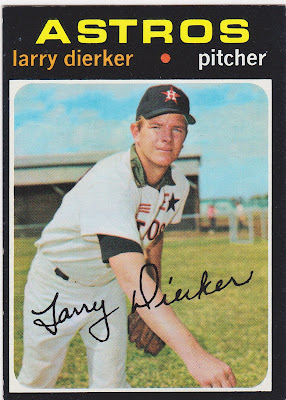 The odds are most definitely against it but I'd like to think this photo of Bobby Murcer was taken on the day my friend and I saw him hit four dingers in a doubleheader against the Indians.  I know the Topps photographer was there because Vada Pinson's card photo was taken that day, the single most fun day I've ever experienced at a ballpark. 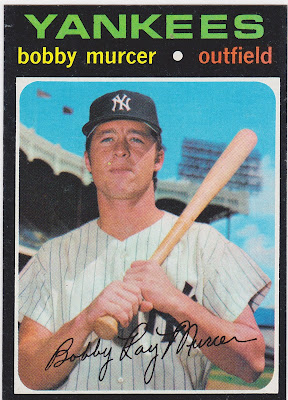 Murcer's card is a classic and the familiar Yankee Stadium background shows up again on Yaz' card. 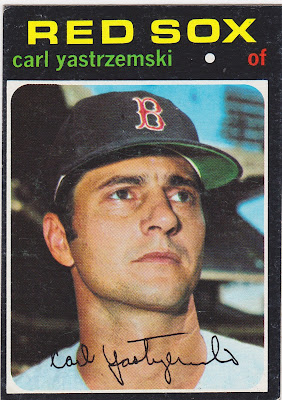 My scanner did this Jackson card a favor. The edges are not as sweet as they look in the pic. But that A's gold and green uni is as cool as it gets. 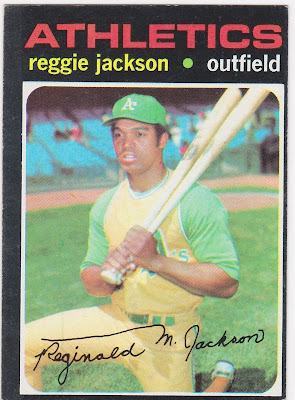 John Bateman was playing as part of Eddie Feigner's The King and His Court four-man softball team when I saw them in the late 70s. 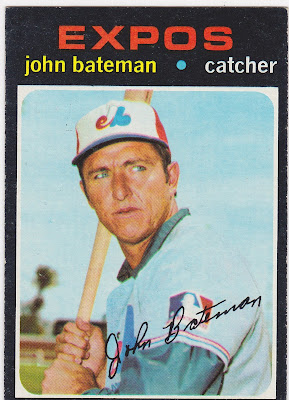 Pete Rose is just a bit off-center, but then again, aren't we all? 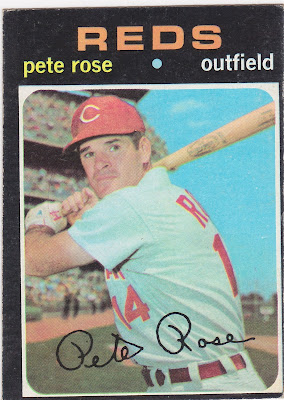 Roger Repoz was one in a long line of Yankee outfield prospects who was supposed to replace Mickey Mantle. Jack Reed, Ross Moschito, and Steve Whitaker were others. 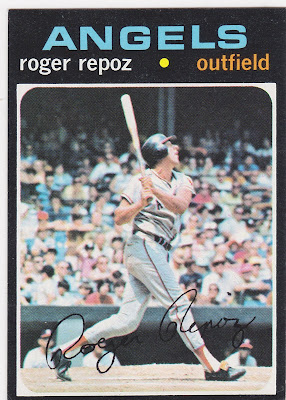 This Ray Culp card shows him wearing that Red Sox jersey with the red outlined lettering. That always looks weird to me. This has to be a 1970 spring training shot since the 100 Year MLB patch that was worn in 1969 isn't on Culp's sleeve. Another windbreaker here, as well. 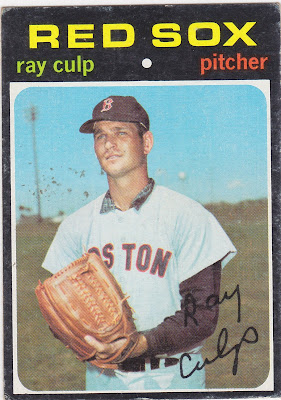 Speaking of Culp... he had some really good years for the Red Sox. they fleeced the Cubs when they traded for him. I think there's a chance the Cubs could have held off the Mets in '69 had they still had Culp in their rotation.

And here is Dick Billings because why the hell not? 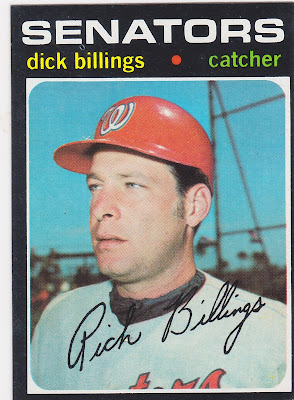 And finally, The Major. 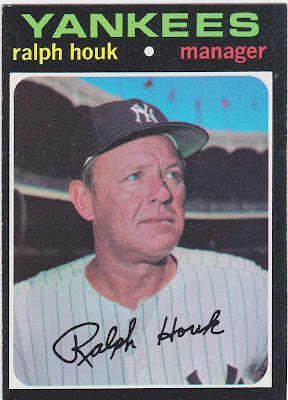 Another neat Yankee Stadium shot. My lasting memory of Ralph Houk and that place came from July of 1966. My mom put me on a train into NYC that afternoon and my father met me at Penn Station after he got off work. Off to the ballpark we went. Usually, we made it in time for the first pitch but this was a weekday doubleheader and we arrived in the middle of the first game.

Of course, Houk, the fans, the Yankees (and me) went nuts. What I recall is that Houk came out to bring the lineup card to the umps for the second game and he was still arguing. So much so that he got tossed right there at the plate before the game even started. Good times!

My '71 set chase will pick up once I'm done with the last dozen 1961's I'm looking for. I have some of the inserts that were included in packs that year. Those were the coins (which I love) and the Scratch-offs (which I don't). There are only a handful of known variations and none of them are particularly notable. I have no plans to grab any of them.

Oh, I almost forgot...Night Owl collected and blogged this baby over several years and he did a great job with it. If you haven't already checked it out you should go read some of his posts. Fun stuff.
Posted by Commishbob at 2:03 PM