Well, I'm always the last to know and as a result International Women's Day almost got by me. I'm lucky enough to have some wonderful women in my life..my wife, daughter, sister, and three terrific daughters-in-law.

I'll post a few scans I had that were intended for a larger post of entertainment cards which I had picked up recently. I haven't done any research so I'll just toss them up here with a link or two.

Shirley Temple, child star turned businesswoman and diplomat who became the US ambassador to Ghana and to Czechoslovakia. Later she served as Chief of Protocol of the United States. 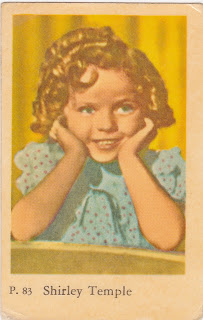 This is from one of the numerous Dutch Gum sets that featured American and International stars. I'm still trying to pin it down exactly. EDIT: Found it. It's classified as the "P" set. I should have guessed.

Hall of Famer LaVern Baker, Rock and Roll/R&B singer who had several hits in the 50s and 60s. This card is from the 1960 Fleer Spins and Needles set. 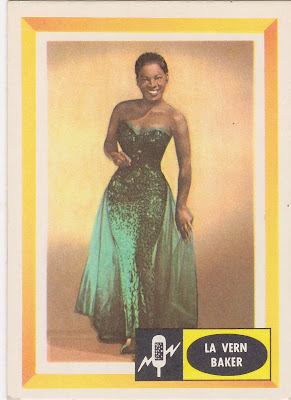 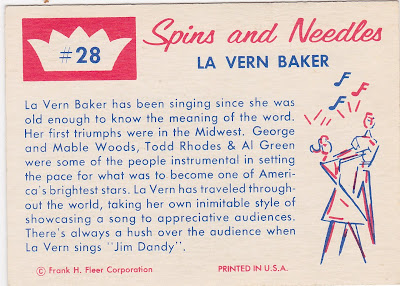 And finally Eve Arden. I knew her as the sarcastic, wisecracking English teacher in Our Miss Brooks in the 50s. But she had a long and varied career as a Hollywood favorite. 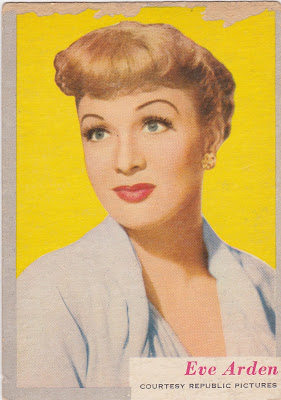 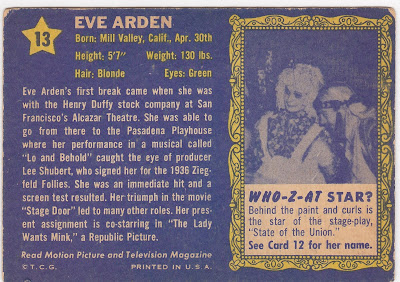 Want to see what passed for cutting edge comedy in the 50s? Check out just the first few minutes of this episode of her show.


Happy International Women's Day. Remember..if it wasn't for a woman, you wouldn't be here.
Posted by Commishbob at 9:03 PM