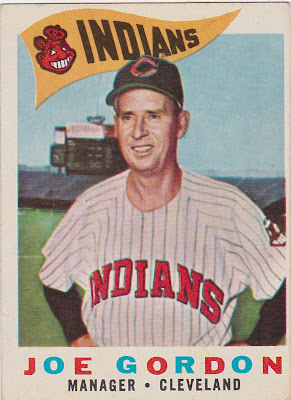 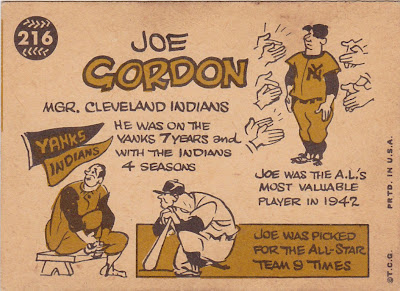 Joe Gordon played 11 seasons in the big leagues with the Yankees and Indians. In nine of those seasons he was an All Star. In five of them he was in the top ten in MVP voting and he won the award in 1942. He's a Hall of Famer.

He was a manager for four AL clubs over six seasons although he managed only two full seasons, with the '59 Indians and the '69 KC Royals. His best finish was a second place with that Indian club. None of that really tells the story of Joe Gordon. Larry Doby, who followed Jackie Robinson into the big leagues and blazed his own trail in the AL, credits Gordon with being a big factor in his career, both as a mentor and as a teammate who befriended him when others wouldn't. Gordon's SABR page is highly recommended. Lots of interesting stories there including the Gordon/Doby friendship, his Steinbrenner/Martin type of relationship with Indian owner Frank Lane, being traded for another manager, his war experiences and much more. 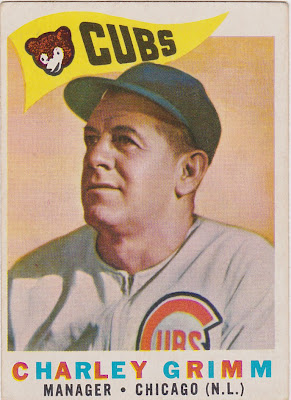 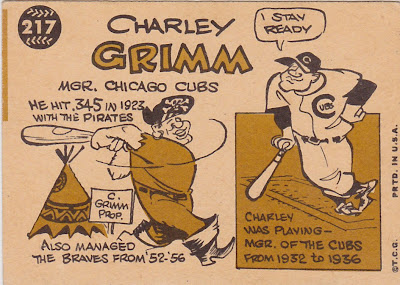 Charley Grimm, known as 'Jolly Cholly', packed a lot of baseball into a professional career that stretched from his debut with the 1916 Philadelphia Athletics through his final season as a coach on the Cub's 'College of Coaches' staff in 1963 and on to a job in the Cubs front office until his death.

Along the way he played first base for 20 seasons and compiled a .290 lifetime average, mostly for the Cubs and Pirates. He managed for 19 seasons, for the Cubs and Braves and had a winning percentage of .547 while winning three pennants. He playing and managing overlapped as he did both for the Cubs from 1932 through 1936.

His managerial jobs came in four different decades and include three separate terms on Chicago's North Side. In between he managed in the minors for Bill Veeck and was a coach in the majors.

Grimm played in two World Series with the Cubs and hit .364 although he didn't win a ring. He homered in Game Four of the 1929 Series to help the Cubs establish and 8-0 lead that disappeared with a 10 run explosion by the Athletics in the home half of the 7th.

A good bio of Charley Grimm can be found here. It discusses many aspects of his career including the uncorroborated charge that he had a say in preventing Buck O'Neill from being a member of the College of Coaches therefore keeping O'Neill from serving as the majors first black manager.

Grimm's association with the Cubs lasted until his death in 1983 and lasted about 50 years. After he died his ashes were spread in Wrigley Field.

Posted by Commishbob at 9:30 AM