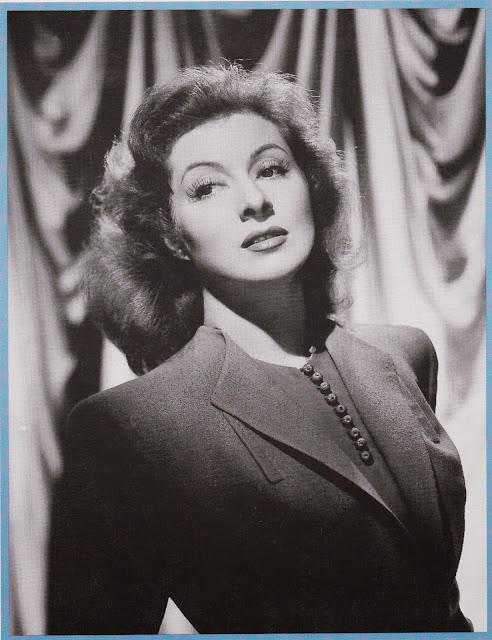 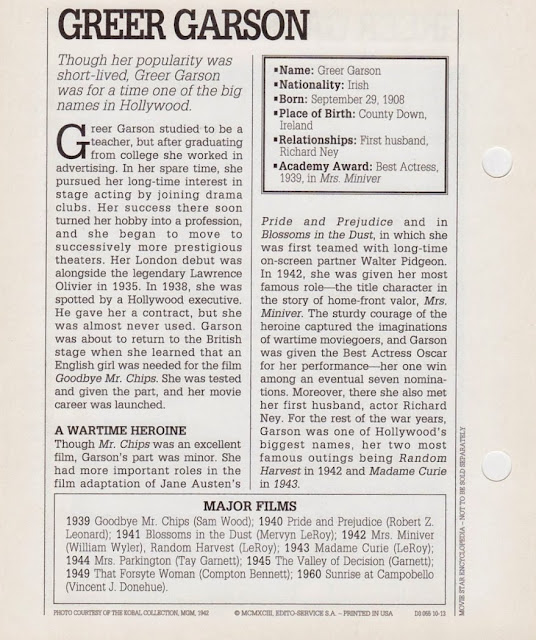 A few weeks ago I received an email from another blogger who thanked me for including his blog in my 'blogroll' but said that while he read mine from time to time he wasn't going to add it to his 'blogroll' because I posted about things that hardly any of his readers are interested in.

And that's OK. I get it. I know not everyone has the same interests. And I realize that one factor in my having only 32 'followers' is that my collection is pretty lame compared to all the great stuff that most everyone else posts about. But I'll just keep truckin' along, putting up my stuff. I'm sure not looking for affirmation in posting about the email, either. It was just a perspective I had never given much thought to.

These two items are probably exactly what that blogger was referring to. Actress things. The first is some sort of collectable picture and fact sheet of Greer Garson, hole-punched to fit into a 5x7ish binder. The scan of the front side cuts off the left 'hole punch' section. It's USA made but don't know anything about the set it's a part of. But if it's Greer Garson, and has a great picture that shows her great beauty, and only cost a buck....why not? 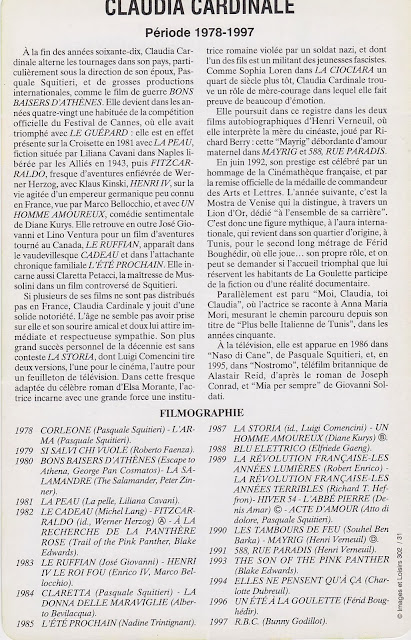 And next is a French item featuring Claudia Cardinale of Italy that looks like it is related to the Jennifer Beals 'card' that I posted the other day. Same size, shape, photo credits and general layout but nothing to indicate if it originated as part of that same set.

Ms. Cardinale is another favorite of mine based largely on her work in Sergio Leone's classic spaghetti western Once Upon a Time In The West. If you've never seen it, you should.

Here is Claudia Cardinale's Google image page. You're welcome.
Posted by Commishbob at 5:30 AM