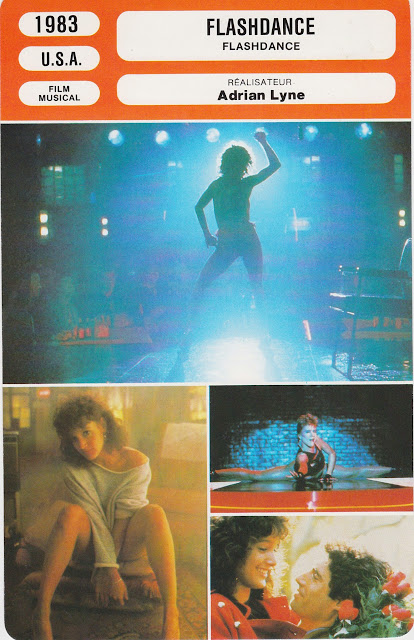 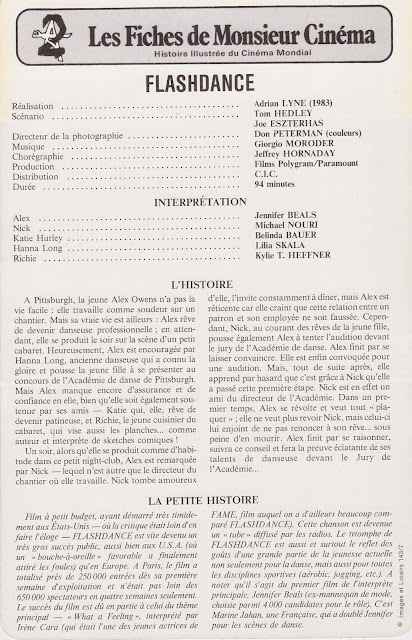 OK, I'll admit it. I'm a big fan of Jennifer Beals. Not the young 'Flashdance' Jennifer Beals, that would be kinda creepy (but I remember thinking she was pretty hot then, too) but the mature adult Jennifer Beals.

In my short tenure as a Facebook user I had my own personal 'meme'. I posted JB pics for every New York Rangers' win or loss. It was a gimmick but I was having fun with it. So were my friends (well, maybe not my wife).

The only Jennifer Beals-related 'card' I've ever found was this French-issued oversized 'card'. Scenes from Flashdance on the front, crew, cast and synopsis on the back. I took enough french to know the card (or more accurately the set I'm guessing)  is entitled Mr. Cinema's Sheets (info 'sheets?), subtitled An Illustrated History of the Modern Cinema.

I'd guess there are plenty of others for many other films but this is the only one I was interested in. As an added bonus, I give you more pictures of the lovely Jennifer Beals. 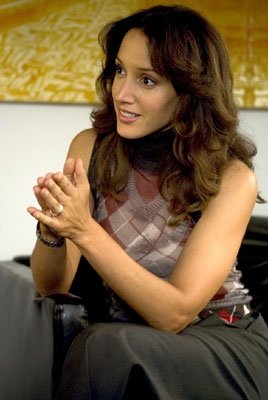 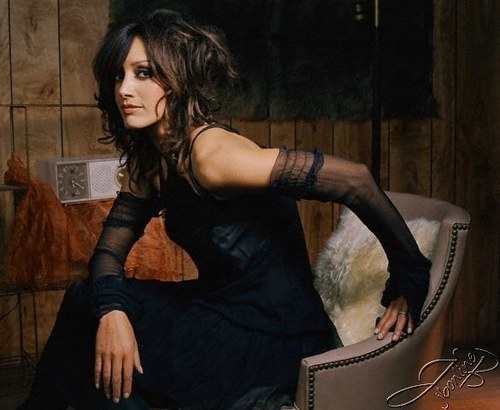 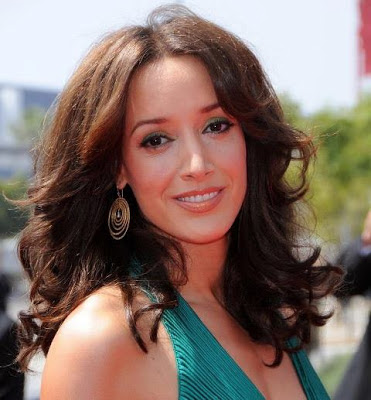 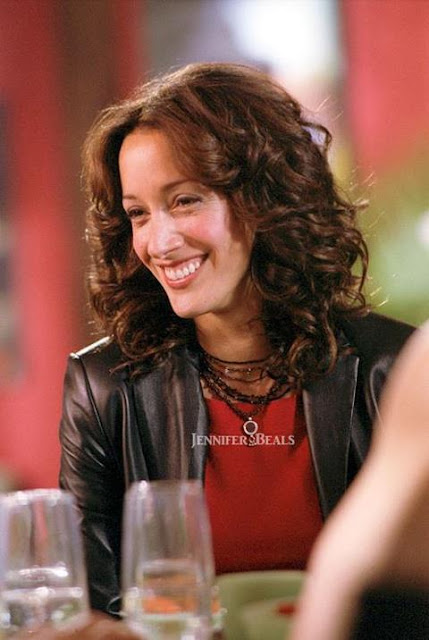 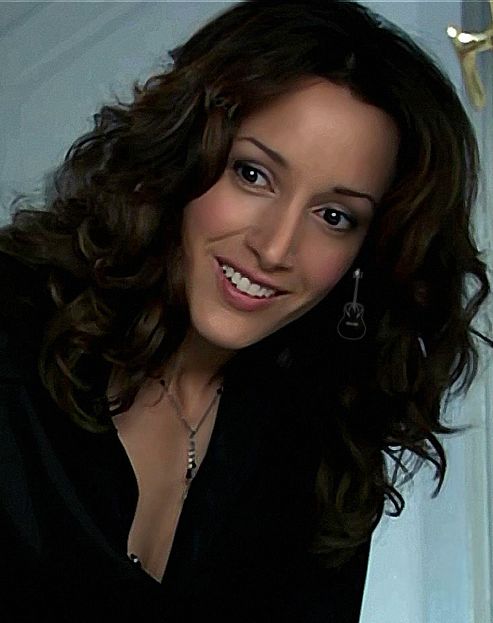 And, as a point of info... my friend and one time college roommate, Robert Wuhl had one of his first Hollywood appearances in Flashdance. He had a scene or two as a club patron.
Posted by Commishbob at 6:30 AM