I normally don't pay attention to birthdays, mine, or almost anyone else outside those of my wife and kids. But this morning I saw a quick blurb on the Spanish language TV station that today was Dennis Martinez' big day. Since he's one of my very favorite players I thought I'd just put up some Martinez items I've posted in the past.

I feel a kinship with him for reasons I've mentioned in the past and 'meeting' him, however briefly, at Minute Maid Park a few years ago was special to me. 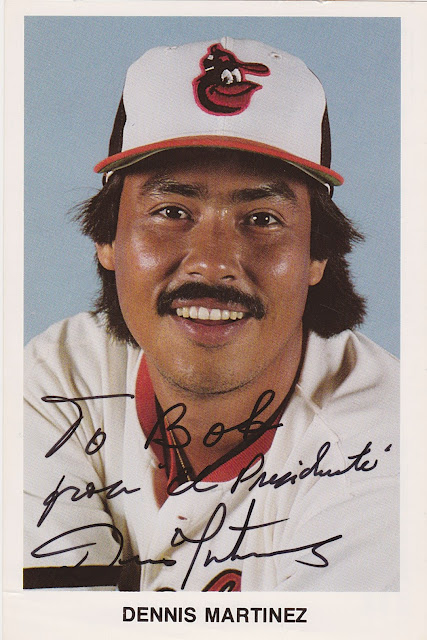 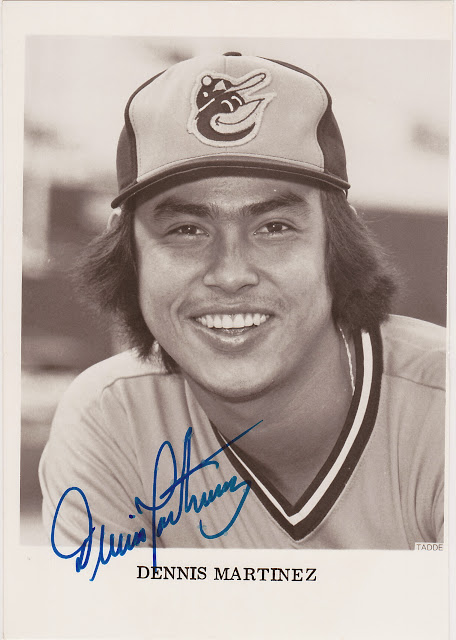 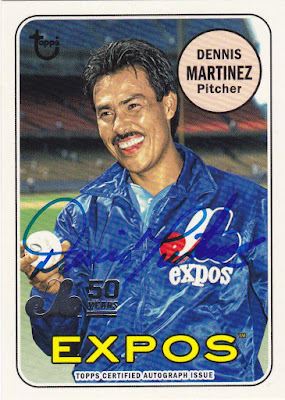 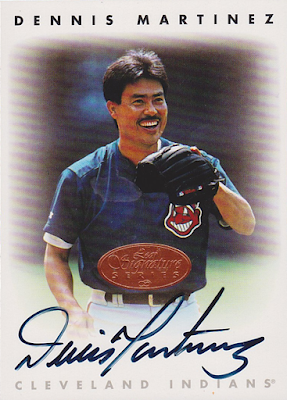 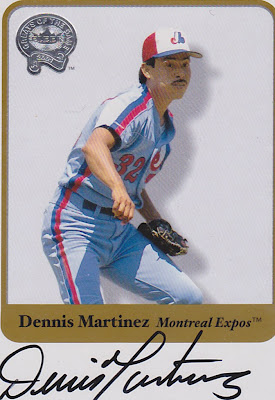 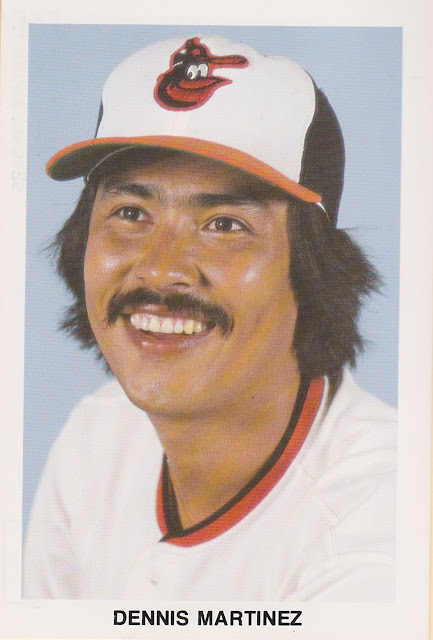 Happy Birthday indeed, El Presidente!
Posted by Commishbob at 11:34 AM