We Interrupt This Charles Bender Blog....

...to bring you a few football cards that arrived from north of the border. Angus (Dawg Day Cards) sent me these sweet cards and they fit right into my modern Baltimore Colts collection. It was one of those totally unexpected deliveries. And aren't those the best kind?

First up is a signed Mike Curtis. This comes from a 2004 Upper Deck set and is my first Curtis signed card. 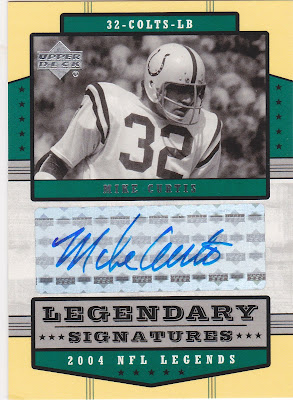 I'll admit to some prejudice but I've always felt that Mike Curtis has never gotten his due as a player. He was famously hard charging player who also had a nose for the football. He had 25 interceptions in what amounted to eight full seasons. A lot of folks remember his for one moment on the field when he slammed a fan who attempted to make off with the game ball. 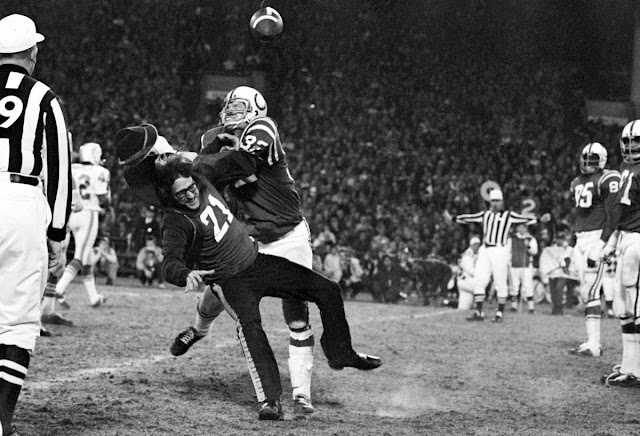 But he was much more than that and I think he's Hall of Fame worthy. But the good old boy network that runs the Hall has never seen it that way. Of course they are the same guys who denied John Mackey entrance for over a decade because of his Players Association work.

But it's a great card and much appreciated.

The other two are both of Raymond Berry, one of my football PCs. 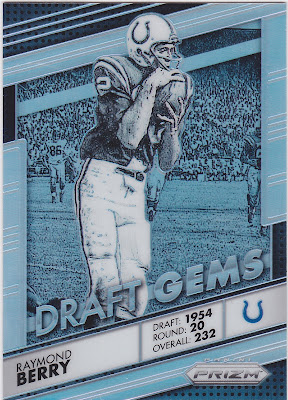 ..and a real beauty from the Donruss Americana set. (I think...the fine print on the back is really, really fine! 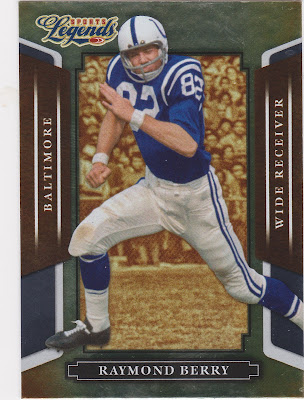 Here is a fun little video about Mike Curtis.

Thanks so much Angus. 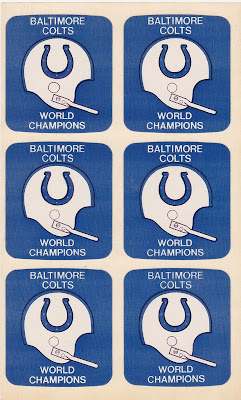 And this is as good a place as any to post my Colts World Champions sticker sheet. I was directed to some of these on eBay but I had a package of sheets from back in the day. Amazingly they came from a Hallmark store in Catonsville, Maryland long, long ago.
Posted by Commishbob at 8:54 PM