I finally made another hotel card show this past Saturday after life things had gotten in the way of the past several. It was good to catch up with my friend Darryl who puts on these shows.

One of his regular table-holders wasn't there though so Darryl had tables on which he was able to spread out a lot more of the stuff he normally doesn't bring with him. That included a whole bunch of 'action' figures/statuettes/toys or whatever you want to call them. There were a lot of Starting Lineup-type sports figures but I wasn't interested in those. The Batman ones, well, they caught my eye for sure.

Darryl had them marked cheap and had a BOGO sign there as well. So for a couple of bucks I added two Dark Knight toys. They are metal and feel (and look) pretty well made. Of course I didn't have the patience to photograph them still in the packages but they came with cards which ended up in my batman collection binder. 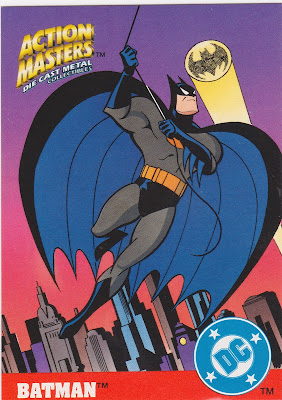 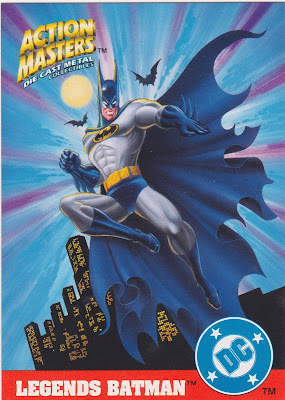 I realized that the pic at the top gives no perspective so with that in mind I just took this photo with a card in it. It's Batman (the Animated Series version) with his friend, Solly Drake. 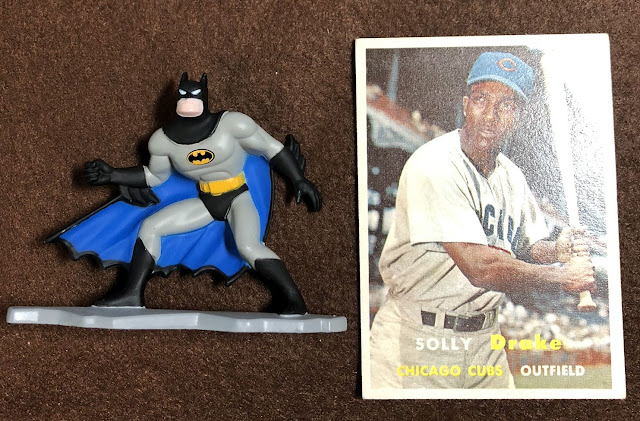 The packaging and the backs of the cards show the figures are Kenner products and the cards are from SkyBox. A bit of google work shows the toy series, Action Masters,  included other action heroes but in my book Batman is the ONLY action hero!! 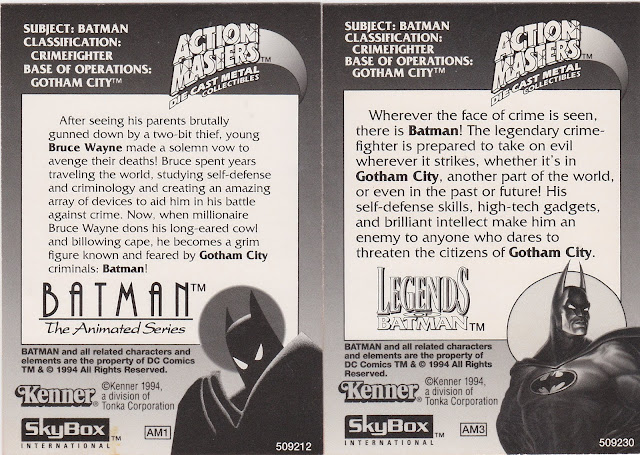 Oh, and I found a Topps Batman movie set sticker in one of Darryl's non-sports boxes. 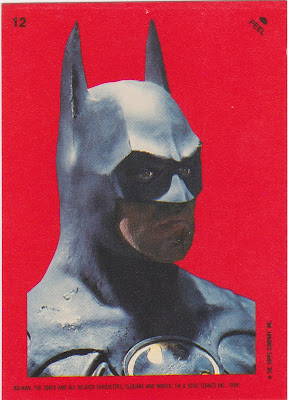 Batman is The Man! I picked up a large Batman sketch and another sketch card recently. But the sketch was the worst-packages eBay purchase to ever show up at my door. Well, second worst. And it now is sitting between a couple of coffee table books recovering until its presentable. I'll get it scanned one day soon.
Posted by Commishbob at 3:09 PM