It's Saturday morning and I'm busy getting ready for a vacation trip so I figured I'd toss up a few scans I've had kicking around for awhile. These Beatles Exhibit cards are pretty common (and pretty unattractive) but I was a big fan back in the day and these are a nice, cheap, career contemporary memorabilia piece of each of the Fab Four. 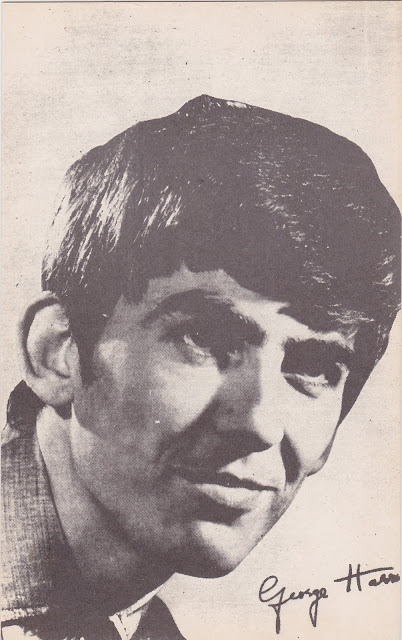 They are blank-backed as are most all Exhibits. The stat-back sports versions being the notable exception. 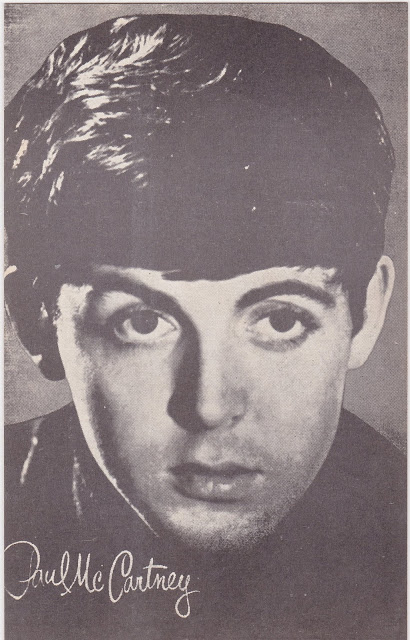 Maybe it's me projecting but it seems that these cards catch the four of them as the teen public saw them back in the 60s. George is bemused, Paul sort of dreamy, John is serious ..... 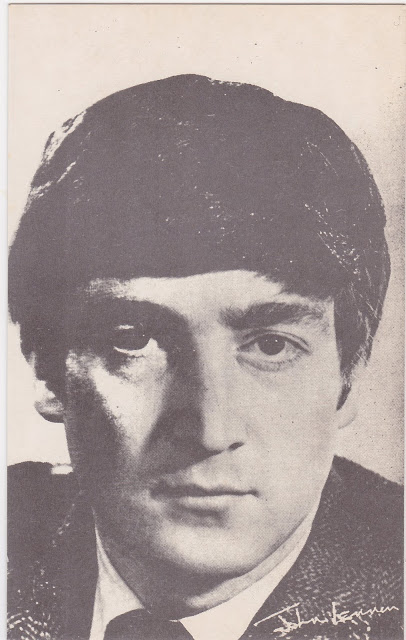 ..and Ringo, well Ringo is morose and maybe befuddled. In other words he was looking like Ringo. 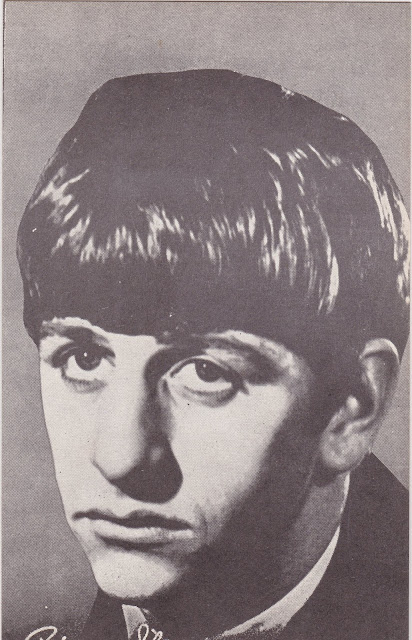 The Exhibit Supply Company that produced these things just took whatever pics were available, in this case some sort of publicity stills, and made the cards rather haphazardly. Thus the sigs are cut off on these and every other example I've ever seen. Speaking of the Beatles and Saturday mornings....Joe Shlabotnik made a Beatles' 'FrankenAlbum' with a fun series of Saturday morning posts about a year ago. If you are a Beatles fan and somehow missed it you can click that link. And speaking further of the Beatles and Saturday mornings.... they were the stars of a cartoon series that ran for several years beginning in 1965 I think. The four 'moptops' (haven't heard them called that in a long time) looked like this: 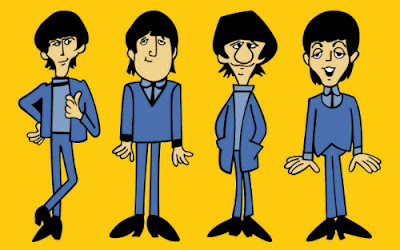 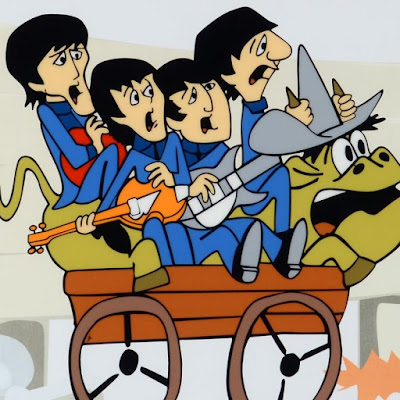 YouTube videos of the cartoons tend to come and go apparently due to copyright issues with the music that was included. But as of now there is a full segment available. Enjoy.