I had an idea in the back of my mind for a long time and recently decided to finally act on it. I thought it would be fun to collect a card from the careers of every major league players who shared my last name.

This initiated with this guy (BTW...shout out to Joe Shlabotnik who sent me this card): 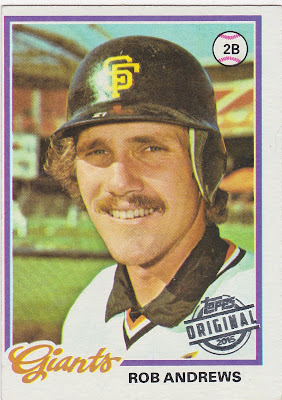 ...with whom I share a first AND last name. That and the fact that we were born within a week of each other. Anyway, I checked with Baseball Reference and the search turned up 14 players in history with my last name. I'm not including Steve Andrade whose last name I could have carried through life had the folks at Ellis Island not 'American-ized' it when my grandfather's family first came to the US from the Azores in the early 1900s. (For more on that see this post).


The Andrews' are listed here in no particular order with dates of big league service and the teams they played for:

Finding a 'card' of each of them turned out to be impossible for several reasons but I did manage to dig up something for each. I'm going to spread this out over a few posts to keep the length reasonable. Let's kick it off with the headliner. I will link each name to their BR page.

Rob Andrews.... my namesake and the one I saw play most often. I love that he was originally signed by the Orioles although he never played for them. After a fine year at AAA in '74 he was dealt to the Astros in the trade for Lee May. He spent two seasons here in Houston before moving on to the Giants. His brother Mike is on the list. In addition to the card at the top that Joe sent me I have a couple of others. 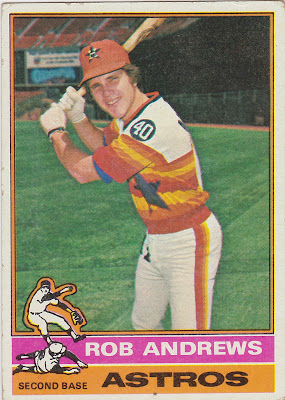 This SSPC came from Joe as well. I have another one in the set binder. 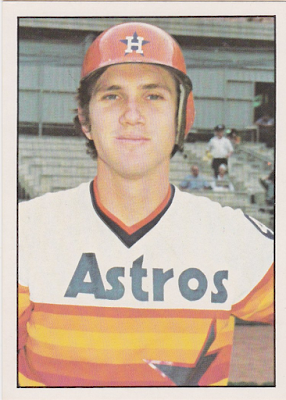 Hub Andrews... He pitched a total of 11.2 innings for the NY Giants in two brief stints in 1947/48. He didn't get any decisions. He worked in the insurance industry after his playing days. He has no known cards but I found this autographed index card on Net54. 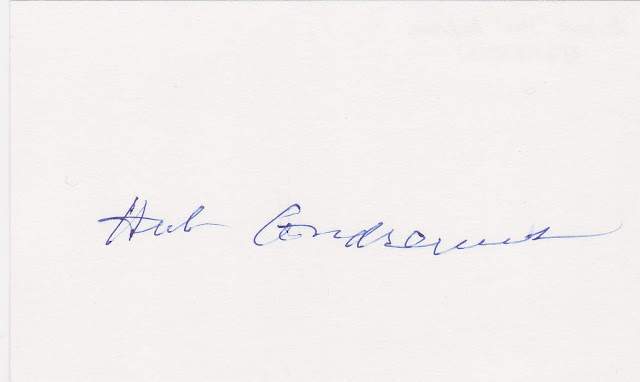 Mike Andrews... Rob's older brother who played 8 seasons in the AL, mostly with the Red Sox. He was part of the Red Sox Impossible Dream club of 1967 and then won a Series ring with the Athletics in 1973. He had four hits in the '67 Series. He hit .293 and made the All-Star team in 1969. This card came from a card show cheap vintage box. 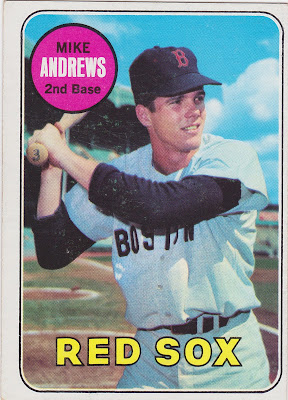 Stan Andrews...He got into 70 games over four seasons as a backup catcher for the Boston Braves, Dodgers, and Phils beginning in the late 30s. He had a long minor league career and some solid seasons there. He appeared in the 1941 Goudy set but I haven't found one that was in my price range although they are not especially costly. He has cards in some reprint and oddball sets. This one I own is an 'art card' from what is called the 2017 Carl Aldana San Francisco Seals World War II Commemorative set. I'm not sure of why he's included since he never played for San Francisco and only had one very average season in the PCL with the Hollywood Stars as far as I can tell. I'm not sure what I'm missing. Either way, I may try and do better in terms of a card for Ol' Stan. 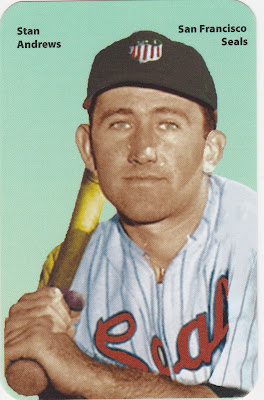 Wally Andrews... He was a light-hitting first baseman in the 1880s for the Louisville franchise of the then-major American Association. He has cards in the N172 Old Judge set which was issued in the late 1880s. He earned them with a .400 season with Omaha in 1887. Needless to say, I doubt I'll ever have an actual one in my collection. The Trading Card Database has a card showing for him which is actually of Ed Andrews who will be seen here in another post.

These are supposedly copies of Wally Andrews' N172s. But I wouldn't count on them being authentic. In any case, I'm just going to assume they are legit and list them as his only cards. The top two are different scans I found of the same card. 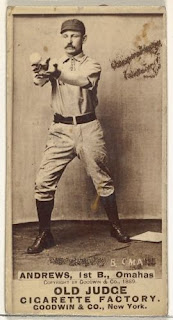 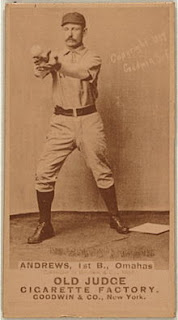 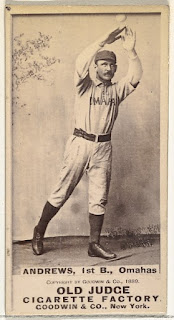 That's the first batch of Andrews'. I know you can;t wait for the rest of them!
Posted by Commishbob at 2:41 PM