I am not worthy (Pt 2..from Brian) Oh...and Blogger sucks

This is the second of two remarkably similar card packages I received last week. This one came from Brian who pens Highly Subjective and Completely Arbitrary. The blog title alone would be worth 1860 points when hitting a triple word score in Scrabble.

Both Brian and Joe Shlabotnik sent me a substantial stack of very, very nice 1979s, modern Orioles and they both sprinkled in something for a different set I'm working on. Joe sent 1970 Topps Hoops, Brian went with '62 Baseball.

I had sent Brian some 59s for his set build but I gotta tell you that those cards were no match for the beauties he sent my way. Leading off you can check out Lou Clinton. What a sweet card. It's in great shape. In fact, all three of the '62s Brian included are probably two 'grades' better than the majority of what I have in the binder. Let me put it this way...I couldn't afford to collect the set if I was only going after cards as nice as the ones Brian passed on to me.

BTW...Lou Clinton was in right field for Boston on the last day of the 1961 season. He watched Roger Maris' #61 sail over his head and into the rightfield seats at YS. 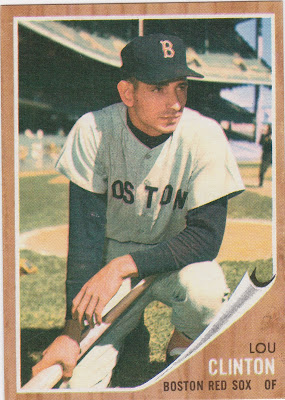 Phil Regan poses at Yankee Stadium. I always like to imagine I was there the day these photos were taken. Hey, you never know. I was there a lot.

Regan was nicknamed 'The Vulture' by Sandy Koufax during his time as the Dodgers' closer. He managed the Orioles before Dave Johnson and was active as a minor league pitching coach well into his 70s. 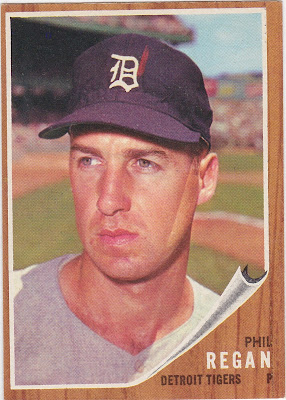 Wayne Causey began his career as a light-hitting third baseman with the Orioles in 1955. He struggled to reach the Mendoza line and spent some time in the minors before he re-emerged with the A's in 1961 following a big off-season trade. He had found his hitting stroke and had some respectable years in Kansas City before moving on to the White Sox. 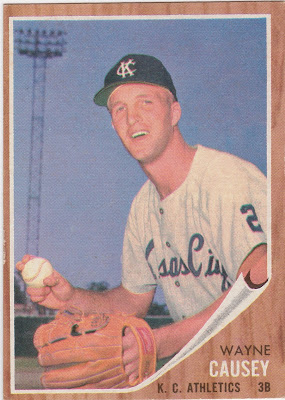 The modern Orioles card Brian sent was an Eddie Murray bat relic. The guy who glued the slice of Eddie's bat onto this card appears to have been hungover. Nonetheless, it fits nicely into my Murray pages in my Orioles star binder. 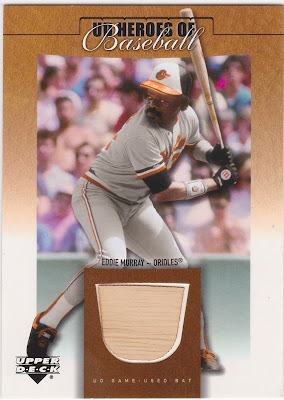 And finally here is a representative sampling of the '79s I received. Between the stack that came from Joe S. and this one I'm down to just over 100 needs for the set (edit made...never compose a post in the middle of the night).

This is one of my favorite Nolan Ryan cards. 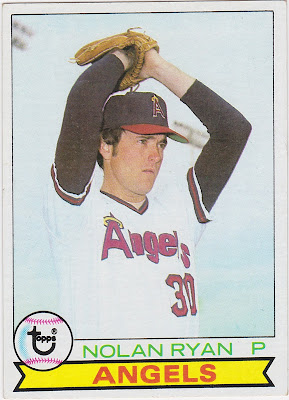 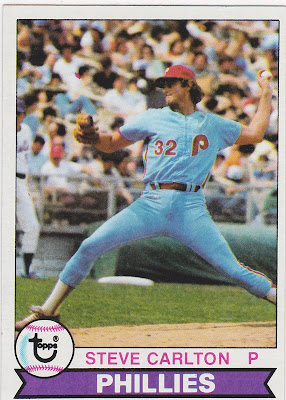 Nolan Ryan and James Rodney Richard were on the same Astros staff for half of the 1980 season. Then J.R. was struck down in July.  A quick look at the team's game logs showed that they didn't pitch back-to-back at any point. That would have been unfair to any opposing NL teams. 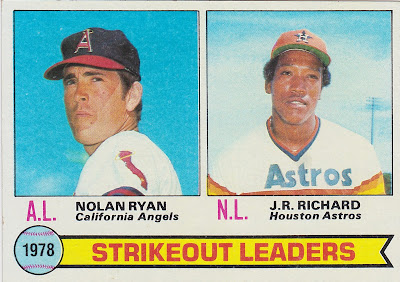 Mick the Quick. He was with the Rangers by mid-season. Did you realize he had a .295 career average? I sure didn't. 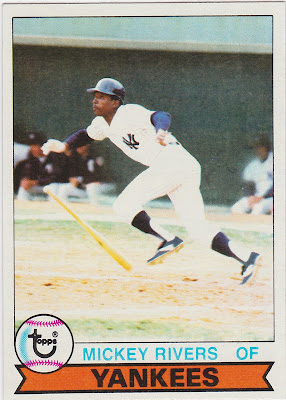 I have no memories of Bud Harrelson as a Phillie. He was a spare part by this time. Nice shades though. 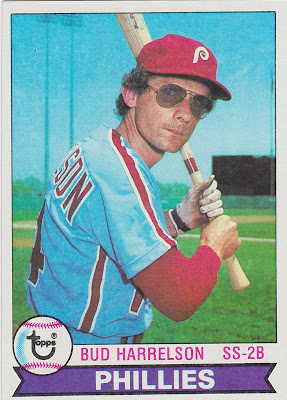 I also have no memories of Steve Yeager wearing a beard. I bet Night Owl does. 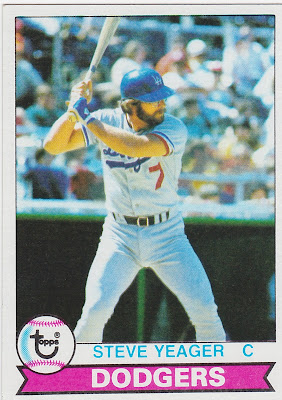 I scanned this card of Sixto Lezcano for two reasons. One, he has such a cool name, and two, he looks like someone but I can't put a finger on who it is.. 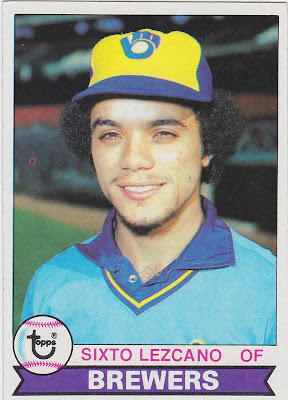 And finally Billie Jean King's brother Randy. It's interesting (I guess) that her Wikipedia page doesn't mention her younger brother. He was a pretty decent reliever for the Giants through the 70s. He pitched for the Astros in 1982. That was a club with a strong staff and lousy hitting. And that was the year before I got married when I lived within walking distance of the Astrodome. I saw quite a bit of boring baseball. 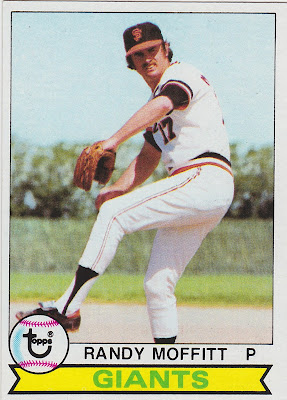 Thanks again, Brian. The cards were all super and very much appreciated.

Oh, I almost forgot...the title. About three months ago I realized I was no longer receiving email notifications of blog comments. I dealt with it for awhile by just checking my past few posts every few days. But then I received an email from someone who had asked a few questions of me on one of my 1959 Topps blog posts and wondered why I hadn't responded. I dug around and flipped a few 'switches' and recently found that I had apparently switched over to Google+ comments...whatever the hell that means. I turned that off and nearly all the recent comments on my blogs disappeared. Add that to the fact that Blogger is unusable on an iPad as far as I can tell and doesn't work well with Firefox and I'm not happy at all.

I'll keep plugging along though but don't be surprised if one day this whole thing gets either blown up or shuffled over to WordPad.

Posted by Commishbob at 1:48 AM