And I'm down to the last four of the MLBers with my last name. As with the other random groupings, these guys run the gamut of eras and positions. One thing they all have in common though...none were stars. 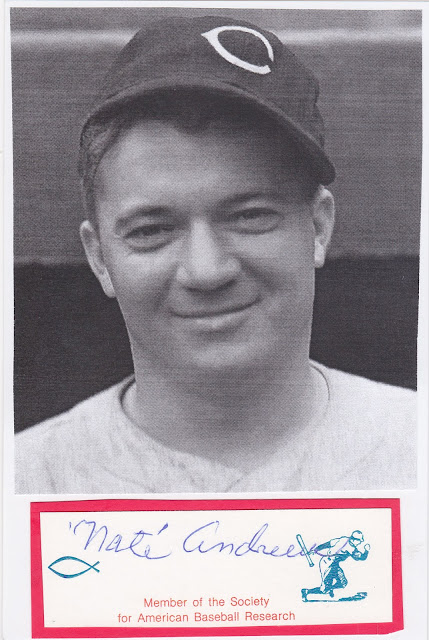 Nate Andrews holds the distinction of having the best ERA (2.57) for any pitcher in a 20 game losing season. He pulled that off for the 1943 Boston Braves. He made the AL All-Star team the next season while winning a career-high 16 for Boston.

Nate was an interesting character, beset with both demons and a devil-may-care attitude. His SABR bio is a fun read. He pitched for 14 years as a professional and moved through six different organizations. He began with the Cardinals after signing in 1934 but had a long uphill fight to make the majors with a team that dozens of stocked minor league affiliates.

He wound up with the Giants in 1946 but walked away after just a few appearances. He explained: “I came home … of my own accord. I decided I had had enough of the Big Show and the time had come for me to return to North Carolina, where I could be with my family. I had a lot of years up there and too many away from home." Read the rest of that SABR bio and you'll understand the photo that accompanied the autograph I bought.

He never had a card issued of him during his career but he is in a TCMA set and the Conlon cards put out under The Sporting News' name. I was planning on picking up the Conlon for this project when this signed piece came up. It's my favorite thing in the Andrews Boys collection.

Clayton Andrews appears on a pretty nice but very '90s' Bowman. He was a third-round pick of the Blue Jays in June of 1996. In 1998 he was the Sally League Pitcher of the Year. He got his only taste of the big leagues in 2000 when he appeared in eight games in the first half of the season. He had a couple of quality relief outings sprinkled among some atrocious ones and then got two starts in June that didn't go well. 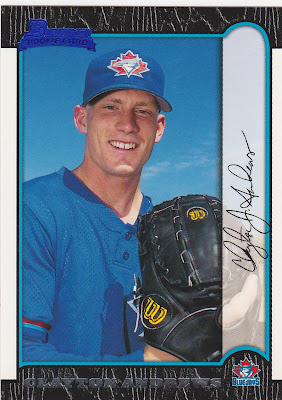 Clayton was moved on to the Reds' organization the next winter, had three unremarkable years moving down their system and pitched an additional year in the Angels chain. He was out of baseball in 2006. He had several Bowmans and assorted minor league cards.

Elbert DeVore Andrews was the first Furman University player to make it to the majors. But his time was brief. He left Furman in 1923 and appears for two games on the mound with the International League's Baltimore Orioles in 1925.  That same year he pitched in six games for the Philadelphia A's. He had eight innings of work and was gone in June. It's not clear whether he pitched for the Orioles before or after his time in Philly. Looking at the game logs there is a couple of weeks between appearances with the A's so maybe he was sent to Charm City and then recalled. He has no other pro baseball record. 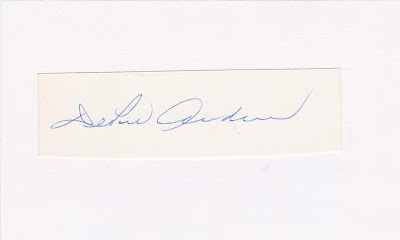 He obviously had no cards but I found this cut signature. My guess is it came from his days as mayor of his hometown in South Carolina. I did find two photos of him online: 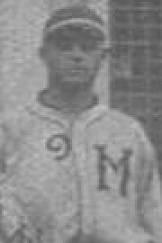 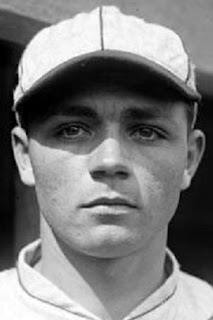 And finally, we have Ed Andrews. Sometimes known as George Andrews. I saved him for last because I found him to be the most interesting and entertaining of the group.

He was a graduate of Case Western Reserve College (a rarity among ballplayers in those days) who was born before the Civil War and died in 1934 having been, not only a big league player, but a major league umpire, a yachting writer, real estate developer and pineapple plantation owner.

He was a regular outfielder for the Philadelphia Quakers of the NL through the 1880s and once led the league in stolen bases. He also moved around through the other major leagues after that playing in the Players League and the then-major American Association. His SABR bio has several entertaining stories from his career. He was apparently quite a character.

He appears on numerous cards from his playing days. They are in wonderful, old, expensive sets like Buchner Gold Coins cards, Goodwins Champions, Kalamazoo Bats, and Old Judge cards.  Just fabulous stuff that I'll likely never see in person much less own. (Some of the Old Judge cards listed for him on the Trading Card Database are actually those of Wally Andrews)

I did pick up a Goodwin reprint just to have something. That's it below: 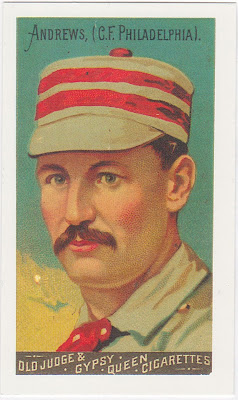 This next one is an Ars Longa art card I wouldn't mind owning but they are hardly ever around. The guy makes nice cards but keeps them on a tight leash. 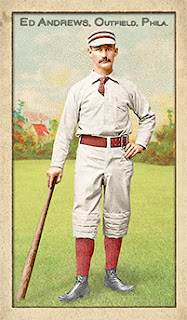 Finally here are a couple of images of actual Ed Andrews cards. If I ever post a real one you'll know that I cashed in my retirement funds and lost my mind. 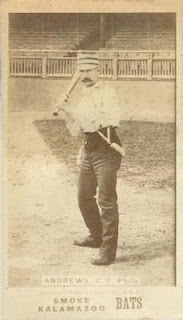 This was a neat little project to tackle. I learned a lot. For example, there is a Clayton Andrews who was drafted by the Brewers in June after pitching at Long Beach State. And a Tanner Andrews who is in the Marlins chain. So maybe I'll have another member of the Andrews Boys to blog about one day soon.
Posted by Commishbob at 12:26 AM