A few weeks back I posted a press pass from the 1960 World Series games at Yankee Stadium. That was fine and dandy and I am glad to have it but for me, there was an item in that same vein that I thought would be even cooler. And as luck would have it I found one just days later: 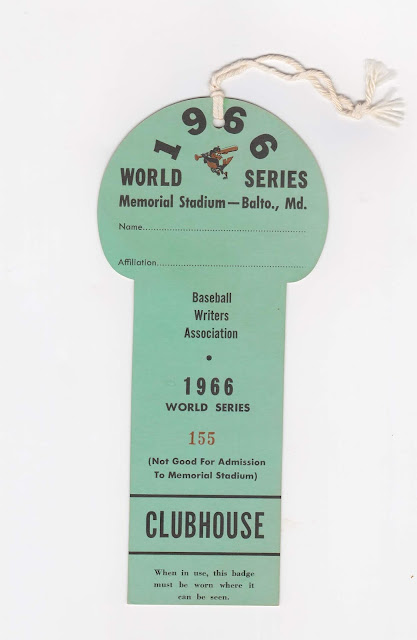 The 1966 World Series is obviously near and dear to my heart. It was the first championship won by one of  'my' teams. The Colts titles of the late fifties came when I was about 7 or 8 and while I was aware of them I was too young to really appreciate them as a fan.

But the '66 Series was different. For one thing, I was no longer at St. Mary's School where the nuns always had TVs set up to watch the Series every fall. No, I was a high school freshman that year. Luckily for me the first two games, though played on weekday afternoons, were held in Los Angeles. That meant I could sprint home, throw my Newark Evening News paper route and make it back in time to see much of the action at my best friend and route partner's house.

The weekend games I watched with my father who still couldn't get past the fact that the Yankees were two years removed from a Series engagement. Games 3 and 4, by the way, took 1:55 and 1:45(!). Imagine that...a World Series game being completed in a Whitey Ford-ish one hour and forty-five minutes. Amazing!

Like that 1960 pass, I'd like to get this one signed by a player from each team. Or maybe just some Orioles. In a perfect world I'd send it to Sandy Koufax and Brooks Robinson but Sandy doesn't sign through the mail and Brooks is having some health issues and while he signs I feel like I'd be imposing. We'll see.

Meanwhile here are a few items from my collection that feature players who were on the field for the '66 Series. Palmer looks so young! And he's aged pretty well. 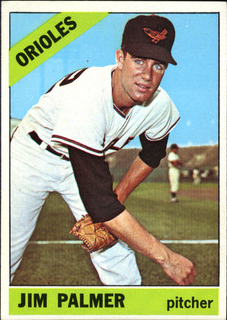 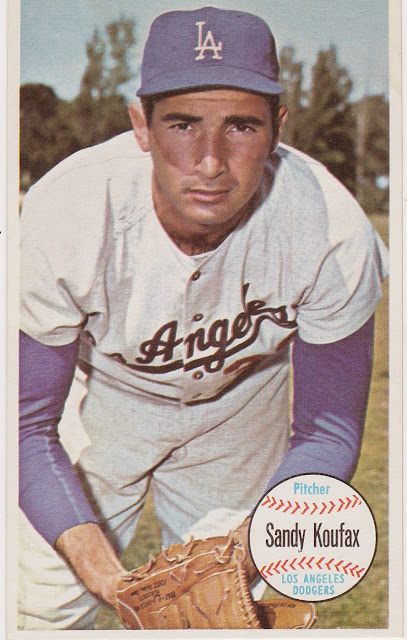 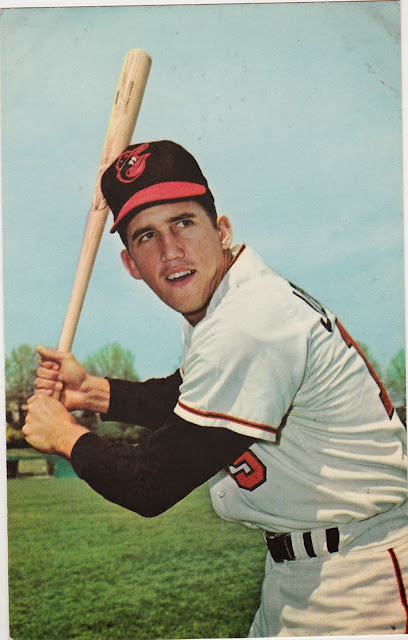 TCMA something or other of Ron Fairly. As a former first baseman, I'm partial to cards which show those gloves so prominently. 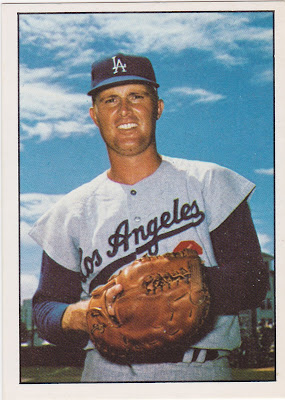 Brooksie! Topps Standup from 1964. What a cool set. I've thought about collecting all 77 of these but I have far too many irons in the fire right now. 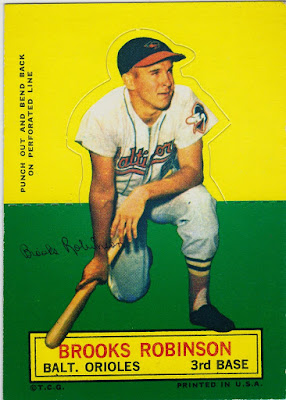 1970 Maury Wills. The early 60s 'mystery man' who was the topic of endless speculation among my fell card freaks in St. Mary's schoolyard. We wondered what he had done that was so terrible that Topps wouldn't include him in their sets. 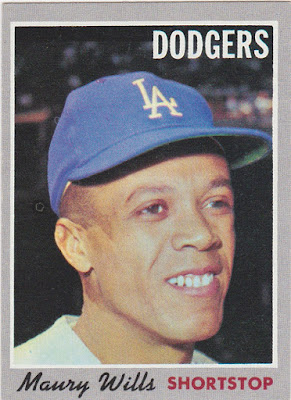 I like this pic. A boatload of talent, no? I saw Frank Robinson and Sandy K. and later noticed that Wade Boggs and Cal Jr. are right there as well. How'd you like to be able to listen to that conversation? 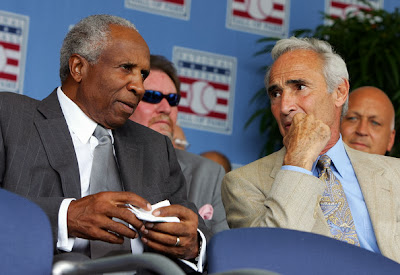 Posted by Commishbob at 3:04 PM